Portable and automated 3D measurement solutions are the bread-and-butter of Creaform, who earlier this year announced a pair of new scanners that were designed with speed and portability in mind. The latest announcement today from Creaform is the brand-new MetraSCAN BLACK line. The BLACK is optimized for use on the shop floor that uses blue laser light and speeds up scanning times by eliminating warm up time.

The BLACK is the fourth generation of the MetraSCAN line offered by Creaform. The new MetraSCAN BLACK uses 15 blue laser crosslines, a measurement resolution of 0.025 mm (0.009 in) and is the company’s most advanced scanner. Designed with metrology-grade measurements and critical inspection in mind, the MetraSCAN BLACK is also the first in their lineup to be certified ISO 17025.

Compared to the previous MetraSCAN 750 model, the MetraSCAN BLACK promises four times the resolution and takes less time to complete the same scan from start to finish. In a demonstration comparing the 750 to the black, the MetraSCAN BLACK was able to reduce the scan time by 50% (including the final mesh calculation time) when performed at the same resolution. By capturing 1.8 million data points for second, performing live meshing and eliminating warmup time previously associated with shop floor systems, the BLACK has the potential to add some serious time savings. 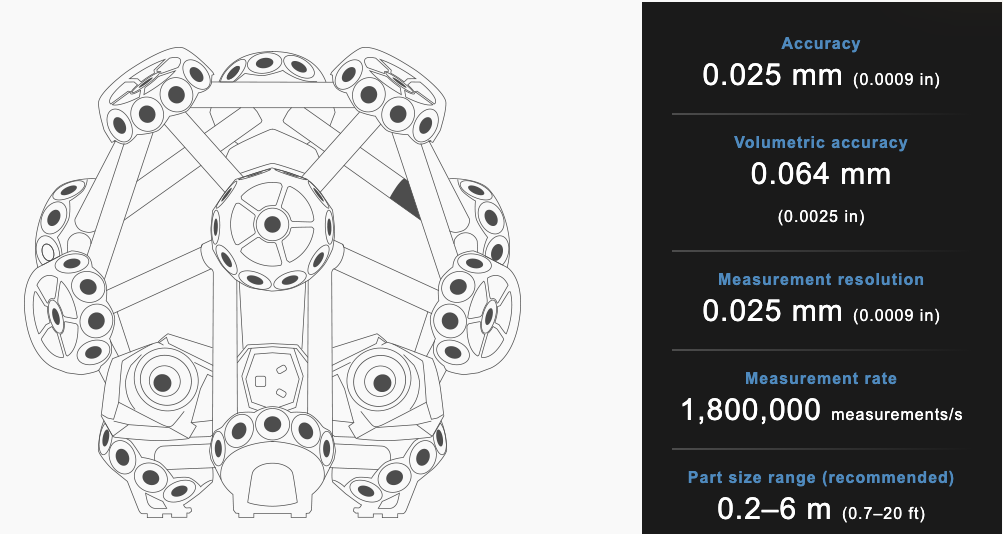 According to Guillaume Bull, Product Manager of Creaform, the new version of the MetraSCAN 3D takes the speed, accuracy and versatility to a new level.

“Today’s manufacturers are facing tremendous challenges. They are under increased pressure to accelerate their time to market in order to remain competitive on the global scale. Product quality issues impact scrap rate, production ramp-up, production rate, and downtime, ultimately affecting production costs and overall profitability. Manufacturers need to rely on innovative 3D measurement technologies, like the MetraSCAN 3D, in order to refine their product development and quality control processes.”

One of the most important additions may be the compensating factors that allow the scanner to be used in imperfect environments. According to Creaform, the new scanner’s accuracy not affected by some of the common problems inherent in using a scanner out on a shop floor instead of a lab – floor vibrations, part movement and even temperature fluctuations are adjusted for during the scan, which means that the measurement process can occur with reliable accuracy where it would have been difficult previously.

An optical tracker that provides dynamic referencing compensates for the part and tracker moving while scanning, and still providing accurate measurements.This adaptability is something Creaform is particularly proud of, Jarrod Schmidt, National Sales Manager for Creaform.

Engineered to work both in the metrology lab and on the production floor, the MetraSCAN BLACK comes with a portable workstation setup and can be used with a self-power kit if you are looking to go wireless. 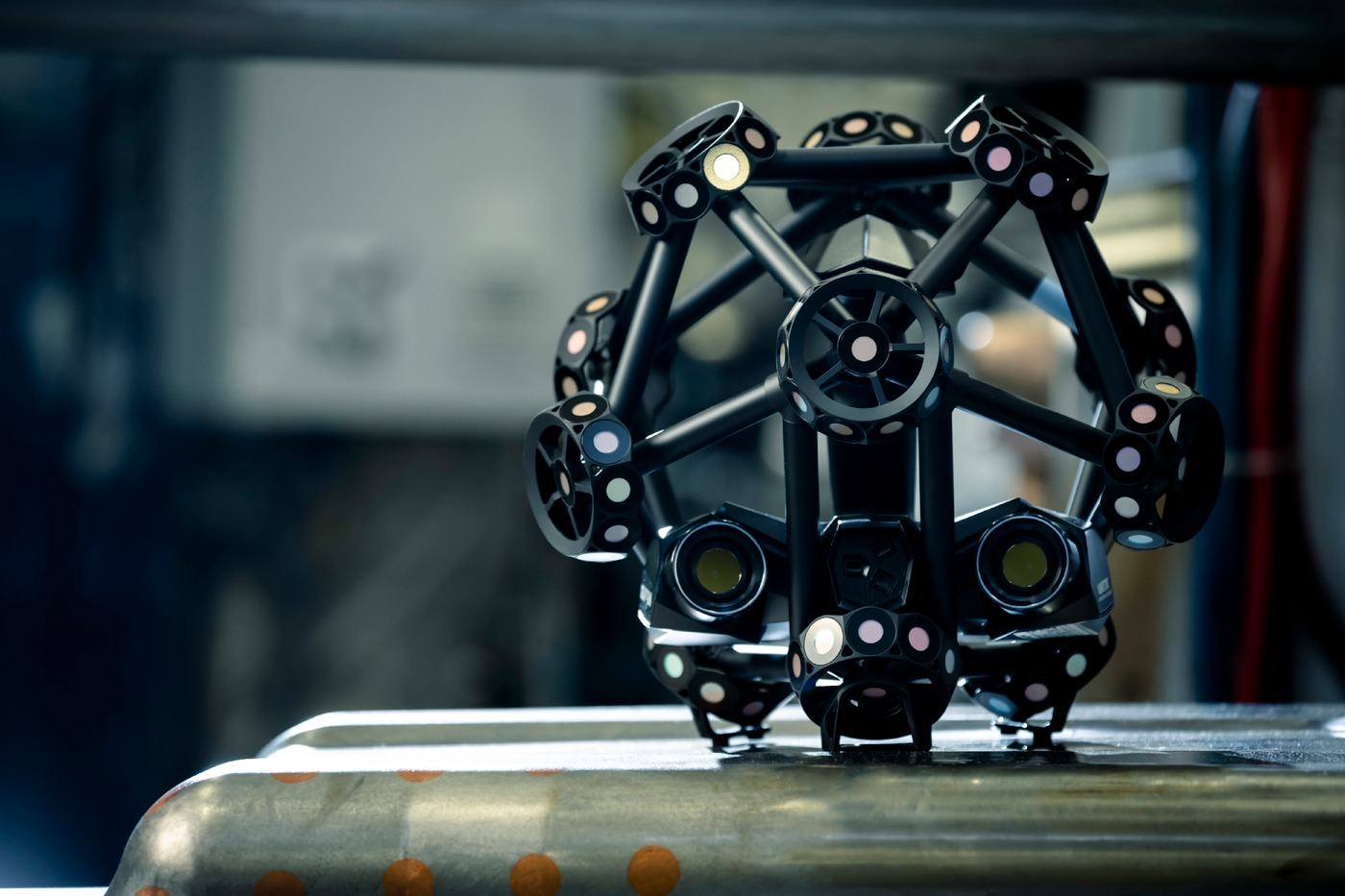 Like previous Creaform scanners, the BLACK has been optimized to perform metrology-grade measurements and 3D surface inspections on a large variety of parts regardless of size, material, finish, or complexity. While previous Creaform scanners already had the capability of scanning highly reflective surfaces (including chrome automotive parts), the MetraSCAN BLACK seems to have no trouble filling in areas that were challenging for previous models, including small concave details.

The release also comes with upgrades to bth the VXelements software, and a release of a lighter version of the VXinspect software, offering a lower cost version for those who might not need all of the bells and whistles of the VX Inspect Elite version.