For Matterport’s CEO, Bill Brown, the most important use of 3D technology isn’t measurement. It’s recreating real-world environments for people who can’t be there. 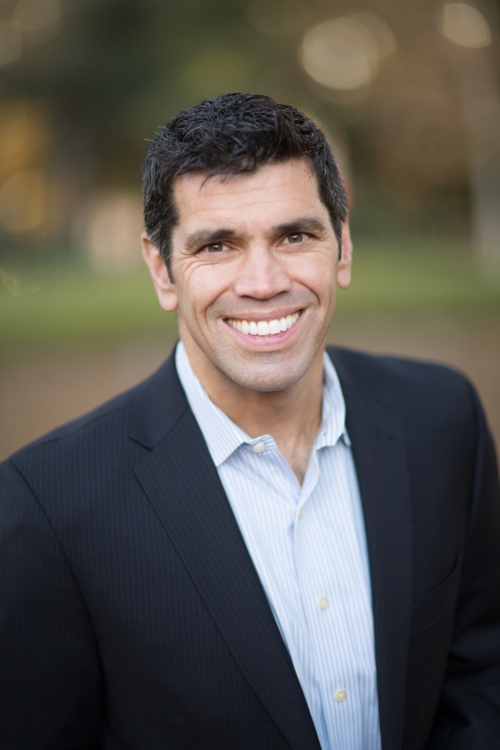 This is why Matterport provides tools that make it easy for anyone to capture a space in lifelike 3D, and software that turns that space into an immersive media experience for easy viewing on the internet. These products are already catching on among professionals who haven’t used 3D much in the past, like realtors. They are already capturing their listings in 3D to share with potential buyers, and raising their close rates in the process.

But Matterport seems to have bigger ambitions: to make 3D capture available to every kind of professional, no matter her level of expertise. It might be the company best positioned to democratize 3D capture technology.

I caught up with Matterport CEO Bill Brown to discuss how his company plans to move 3D technology forward, what a world of ubiquitous 3D would even look like, and why 3D might be the next step in the evolution of photography.

The interview has been edited for length and clarity.

You say that 3D capture is an important step in the development of digital media. What is Matterport doing to help bring 3D communication to a wider user base?

The first step is having broadly distributed capture capability. We’ve really focused on the ease of capture. We have developed a lot of technologies that automatically take all of the 3D sensor data, and 2D data, and give you a capture experience that doesn’t require you to be trained, doesn’t require you to very precisely place the device—that really makes the capture very easy. 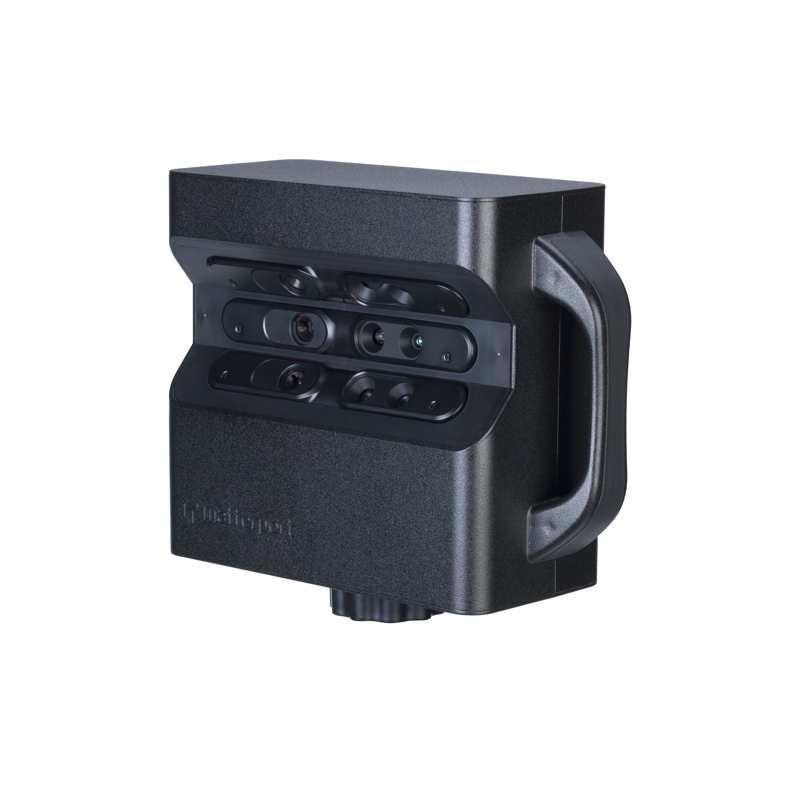 We’re also applying computer vision to do real-time alignment and reconstruction of data from 3D sensors in a lot of positions within a space.

The second step is delivering a user experience that is compelling. One of the breakthroughs that we took advantage of was the adoption of webGL back in 2014. Being able to deliver content that up until that point really required either a plugin or a custom application—and being able to deliver that as a seamless experience directly embedded into a webpage—was a big advancement.

The next big advancement, which we’re just at the starting phases, is the delivery to VR headsets.

To look even farther out into the future—What’s after VR? What does Matterport have to do next in order to have the sort of impact on consumers of 3D content that you’re talking about?

The second big thing is that the tools to enable people to create interesting experiences around those spaces are not really readily available. It isn’t as easy to make a 3D application as it is to make a webpage. So, our second focus is delivering an application platform so third parties can develop experiences based on this 3D content that’s captured. 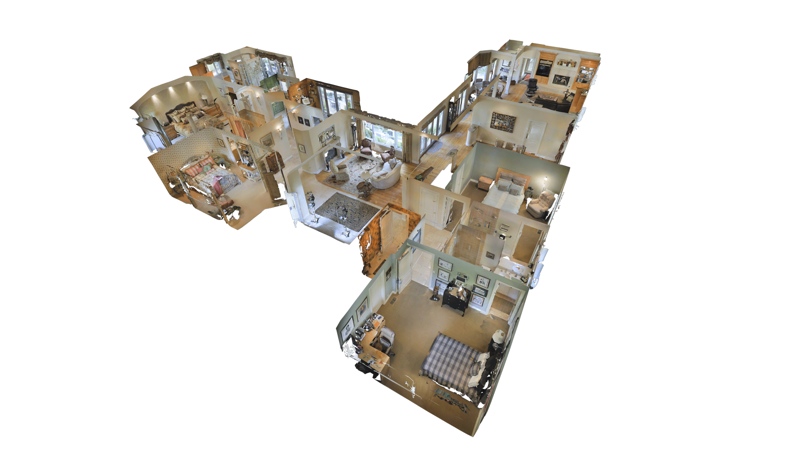 An inside view of a Matterport space

Why do you need to improve the reconstruction? It seems to work very well as it is.

You do this because you’re planning on running on other hardware, and hardware that won’t be as capable from a 3D-data standpoint. Our professional cameras are going to get better and better, because we have big batteries in them and we can put a bunch of technology in that package. You’re not going to have that level of technology in a smartphone, but you’re still going to want to do a great reconstruction.

As your product develops, it seems like it would appeal to consumers as well as the professionals you’re already working with. Do you think that there’s a greater future for Matterport in consumer 3D or professional 3D?

They both represent really big opportunities, but I think they’re very different. Professional 3D is more about space-reconstruction for industry, AEC being the big segment. We think being able to improve—really lower the bar in terms of the capture requirements for professional use cases—opens up opportunities that are there today, where the economics behind the use cases don’t match the current capture techniques.

If you think about a construction project, for example, they’d love to be able to do weekly documentation in 3D of a space. If it takes several days to actually use laser scanners to capture a space, it’s not feasible, it’s not something that makes any sense. If suddenly your product can capture that space in a couple of hours, you can actually do what they want to do. You’ve broken through a technological barrier.

When you get into as-built or BIM, then separately into construction project documentation, you’ve got huge opportunities to lower the bar on capture in a way that significantly increases the utilization of 3D data for those uses.

Does Matterport have its aim set on the consumer side, too?

I think, on the consumer side, we’re going to start with some level of professionally captured content, but for consumer consumption. If we look at real estate, or apartments, or vacation rentals, hotels, even business listings that we’re capturing, it’s all consumers that are benefitting, that are engaging with the content. 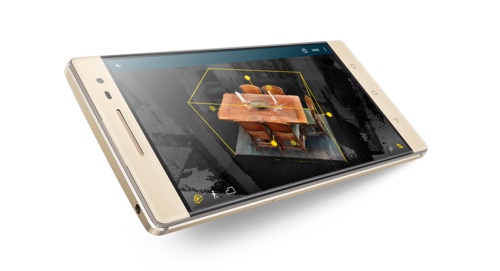 In the short term, you’re going to have professionals who are capturing that content, but we see that as the evolution of any new medium. If you look at how photography evolved, you had professional capture—a few people capturing content that was viewed by a lot of people—leading to people understanding “hey, seeing pictures is a pretty cool thing, maybe I’d like to have some pictures of things around me.”

From there, it goes to a broader base of professionals, it goes to the cost of the capture equipment being reduced and eventually, leads to people having consumer devices that will let them capture their own content. For 3D capture you’re starting to see the early stages of that get developed with Google’s Project Tango.

Once everyone a Google phone or an iPhone with a 3D sensor in it, do you think it will have roughly the same effect on 3D sensing that smartphone cameras have had on photography?

I actually do think there’s probably going to be a pretty good parallel to what’s happened with photography.

People communicate via photographs to a much greater extent than they did before the iPhone, or before there were cameras in mobile phones. Fundamentally, photography has become its own mode of communication. I think 3D will follow the same path—it’s just that it’s a much richer experience. It is getting you what you’re really trying to do when you take a picture: You’re trying to convey what it’s like to be in a place, or to witness something.

If you can do that, if you can use 3D tech to make that experience more realistic for the person viewing it, why wouldn’t you? 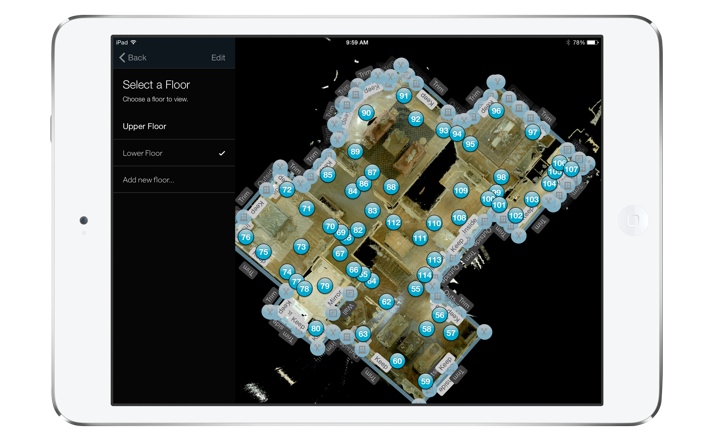 Is making 3D technology a viable medium for mass communications is the long-term strategic vision for Matterport?

Yes, our vision is to give people the freedom to experience any place at any time. Making 3D reconstructions a ubiquitous communications medium is the way that you do that.

The vision, though, we look at it more as the impact we’re trying to have on people. We want to take away the physical constraints that people have in being able to experience the world.

Beyond real estate, media, and business listings, are there any markets you’re trying to break into?

One thing that we haven’t gotten to, that we think of in the future, is anything that relates to decisions around a property. 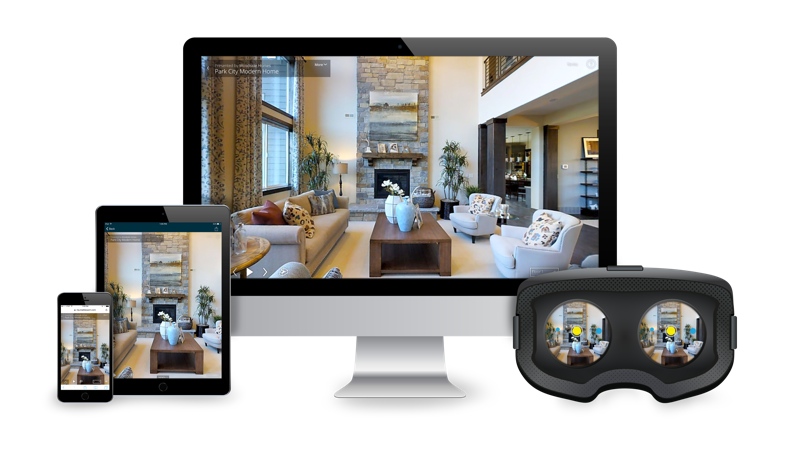 We’re also working with partners to deliver a platform that would enable an insurance company to do underwriting. Or, if there’s a claim, to be able to be very quickly do a 3D capture using a system instead of sending a claims adjustor to do some hand measurements and draw things out.

Those are residential examples, but there are just as many examples around commercial buildings to be able to maintain and manage those facilities.

This idea sounds like a “prosumer” version of an idea that comes up a lot in AEC and BIM workflows. These guys often talk about the idea of the digital asset and having the single source of truth. It also dovetails with a lot of what you’ve been saying about Matterport in general, enabling different sorts of professional applications with easier to access 3D.

Yeah, absolutely. So, it all comes together, like you said. To me, I go back to the two big pieces–We’ve got to make it easier to capture the content, and we have to have a platform that lets people write applications that take advantage of that content.