At HxGNLive this year, Leica Geosystems dropped two new products. Up first was the RTC 360, a terrestrial lidar scanner that offers fully automated in-field registration. Up second was something a bit more unexpected, a smartphone-sized device that gives you 3D data in exchange for an absolute bare minimum of effort. Leica is positioning the BLK3D as the perfect tool for skilled construction trades that need fast accurate measurements, but not necessarily full models. Think of it as falling somewhere between a BLK360 and a disto. 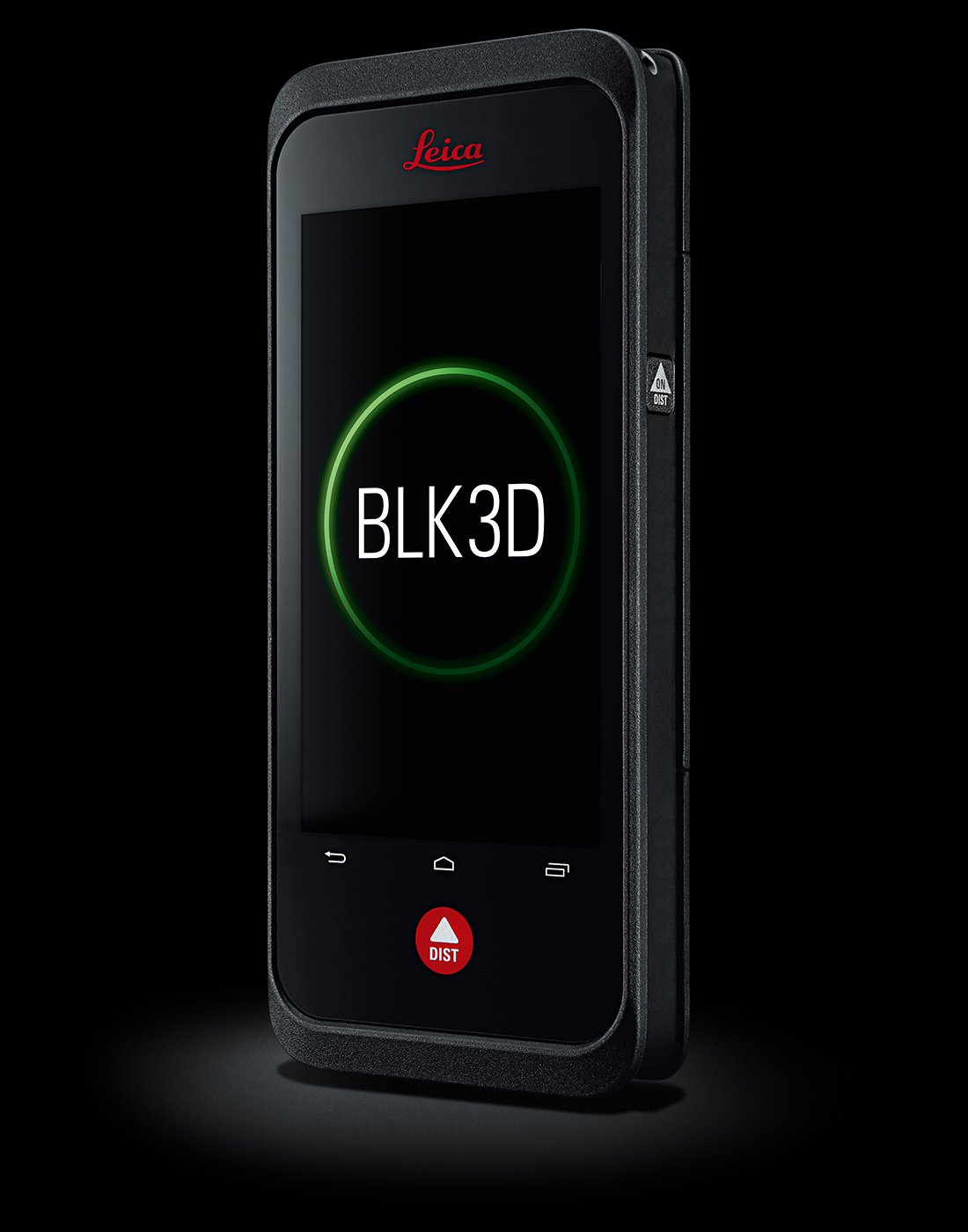 What does the BLK3D do?

Johannes Hotz, business development at Leica, showed me how the device works. Simply point it at something you want to measure (like a wall), and take a photo. The device is equipped with two cameras that are placed in opposite corners along the diagonal, enabling it to capture two images at once and then process a 3D model behind the scenes.

The upshot of this processing is that the image you just took is now embedded with 3D data that you can use to perform measurements and calculate areas. Tap the edge of a doorframe and the BLK3D snaps to the correct pixel. Tap the other edge of the doorframe and the system shows the distance, at mm levels of accuracy when capturing from a few meters away. Want to increase accuracy? Take more photos from different angles to increase the baseline and tighten things up.

Hotz emphasizes that this goes down without any cloud connection, as the device exploits its Snapdragon 820 processor and a processing scheme that ports much of the work over to the GPU for faster results.

The system also includes a number of methods for generating a quick but accurate floorplan. Using the floorplan function, you can capture one wall, then the next, then the next, and the system exploits the IMU data to stitch it all together. Or, if that feels like too much work, you can sketch out a simple floor plan manually and then use the system’s laser range finders to measure the distances to the walls around you (and the ceiling) and scale your floor plan correctly.

If you want to attach photos to the floor plan so you can perform measurements later, it’s just a matter of a few clicks.

Once you’re back in the office, upload your data to the desktop application either by using the cloud or by plugging it in directly. You can store years worth of data this way, says Hotz, and return to it whenever you need to knock out a quick measurement.

Almost as an aside, Hotz showed me a screw mount on the bottom of the device that can be used to attach a handle, or even a disto like Leica’s DST 360 to make “a little total station.” 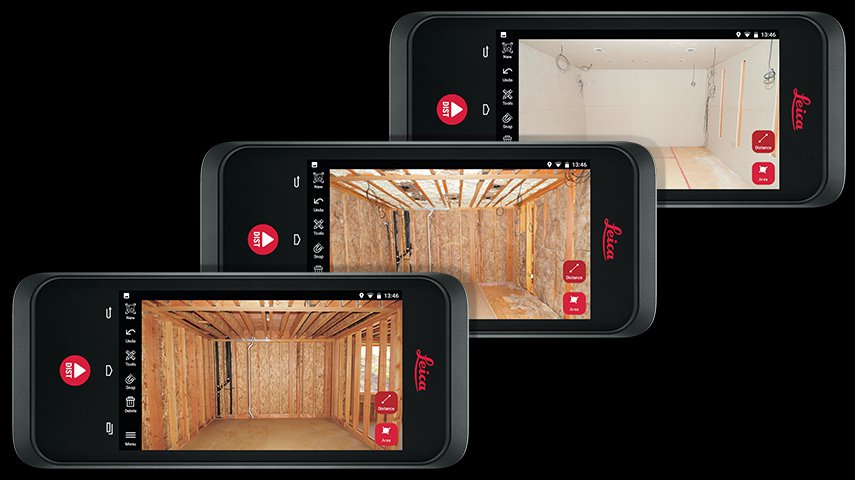 Hotz said the system was born out of the desire for a democratization of 3D capture, just like the BLK360, but with the intent to go for a much wider user base.

The use case is relatively straightforward. Imagine you’re an electrician who has just finished installing a high-voltage cable on site. Instead of grabbing a DSLR or your iPhone, you grab the BLK3D and snap a picture of your work. Now you have documentation—with measurements—that your cable meets specifications and never tracks within a certain distance of a water pipe. If a subsequent trade moves the cable in the course of the building project, you have proof that you are not liable.

Or, you’re a building owner and you need to know where a light cable is. You can pull up the file that shows the wiring and punch out a tiny hole. 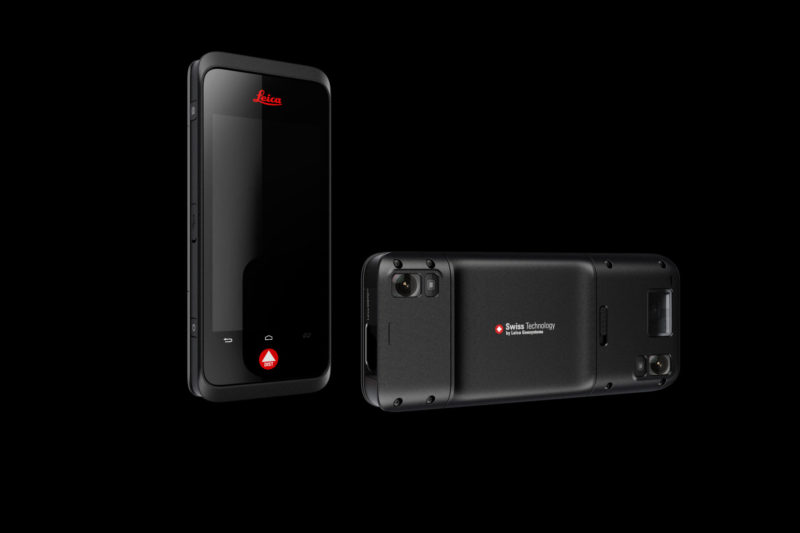 For small companies, for the future of construction

It’s designed to be small and inexpensive enough that every person will attach it to their belt before hitting the construction site. It’s also designed to require the bare minimum of effort to get measurements—take a picture and you get 3D data for free.

That’s why Hotz calls it the “first level of 3D use case,” and says the system can help smaller companies adapt to the future of construction documentation.

“In every country,” he says, “there are coming laws that you have to document things. The BLK3D makes this a very easy thing for those who might be afraid of what happens. I’m not talking about big construction companies like Skanska. It’s about the little ones who do small renovation projects, who do small buildings, not those projected at 150 million, but those projected at 1 million.”

“They can’t afford scanners,” he said. “But they can afford this.”