Kaarta’s partnership explores new territory for ‘thematic’ mapping - where measurements from a variety of environmental sensors are used in conjunction with point clouds.

The past decade has presented us with countless examples of the value of point clouds - everything from taking exact measurements of as-built structures to measuring stockpiles, to mapping city streets or preserving historical landmarks. But as much actionable information can be found within an accurate point cloud, there could be so much more. Combining the point cloud data with measurements taken with other sensors could provide a layer of location-accurate data that could be used in applications that are only beginning to be explored.

This “thematic mapping” is what Kaarta is exploring in a recently-announced partnership with Teledyne FLIR. The mobile reality 3D capture company has announced that they have teamed up with Teledyne FLIR on a contract with the U.S. Defense Threat Reduction Agency (DTRA) Joint Science and Technology Office (JSTO).

Through the DTRA program, Teledyne FLIR and Kaarta are developing the means to layer other sensed data — be it chemical, biological, radiological, or nuclear — onto the point cloud to digitally represent these hazardous material threats and know their exact location. The program is a full start-to-finish solution of 3D mapping, toxic chemical identification, spatial correspondence, and augmented reality display for in-field operations.

“Kaarta is excited to be chosen to work with Teledyne FLIR on this important project,” said Kevin Dowling, CEO, Kaarta.

“Our technology uniquely allows the layering and visualization of sensor data onto a spatial map to create a rich thematic map, revealing specialized and valuable knowledge of that space.” 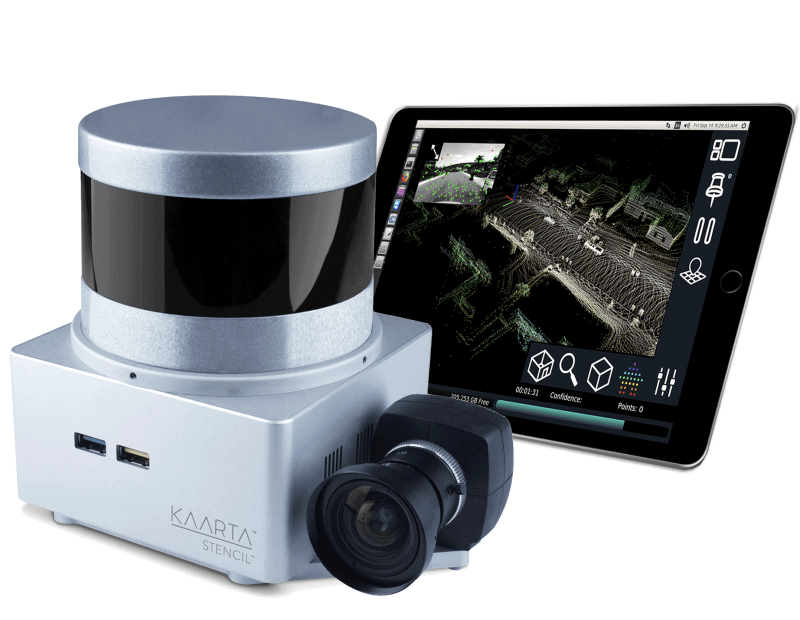 While hazardous threat detection is an important use of thematic maps, there are many more far-reaching applications. Thermal, radio frequency (RF), acoustic, and subsurface detection sensed data are among the other subjects that are being mapped by Kaarta partners and customers. Such maps can then be used by people, robots, and autonomous systems alike for planning, remediation, and more. Kaarta systems can also be integrated with other sensors – such as ground-penetrating radar, magnetometers, and terrain conductivity meters – for a wide range of applications where positioning is needed in GNSS-denied areas.

A recent example of Kaarta products used in worldwide applications of thematic mapping includes a Japan Atomic Energy Agency project, a map visualizing contaminated areas and air dose rates was created of the decommissioning site at Fukushima. The solution used Kaarta Stencil 2 mobile scanning system and a Compton radiation camera to observe contaminated areas from any viewpoint of the power station in a virtual space while keeping personnel safe.

In another instance, maps were created in order to locate buried unexploded ordnance in legacy combat areas or military training grounds. The U.S. Army Corps of Engineers and major U.S. engineering firms are using Kaarta systems integrated with geophysical equipment to find, and ultimately remediate, contamination and munitions at these sites. This solution dramatically increases production rates and uses fewer personnel than previous methods.

“So much of the focus has on lidar and mapping has been just to create the shape of the environment you’re in. But this adds a whole other level of capabilities and tools that will enable people to do amazing things.”