Is the Leica Pegasus TRK a game-changer for mobile mapping?

The Leica Pegasus TRK utilizes artificial intelligence capabilities to transform mobile mapping. Pegasus TRK leverages AI in various workflow areas: in real-time during acquisition, it blurs personal data according to GDPR privacy regulations such as pedestrians, vehicles, cyclists, and other traffic participants. The trained AI model analyses every single picture and blurs subjects protected by the GDPR regulation in real-time. That means the imagery is stored without the possibility to unmask personal data. By doing so, the privacy is preserved, independently of where the dataset is stored or processed. 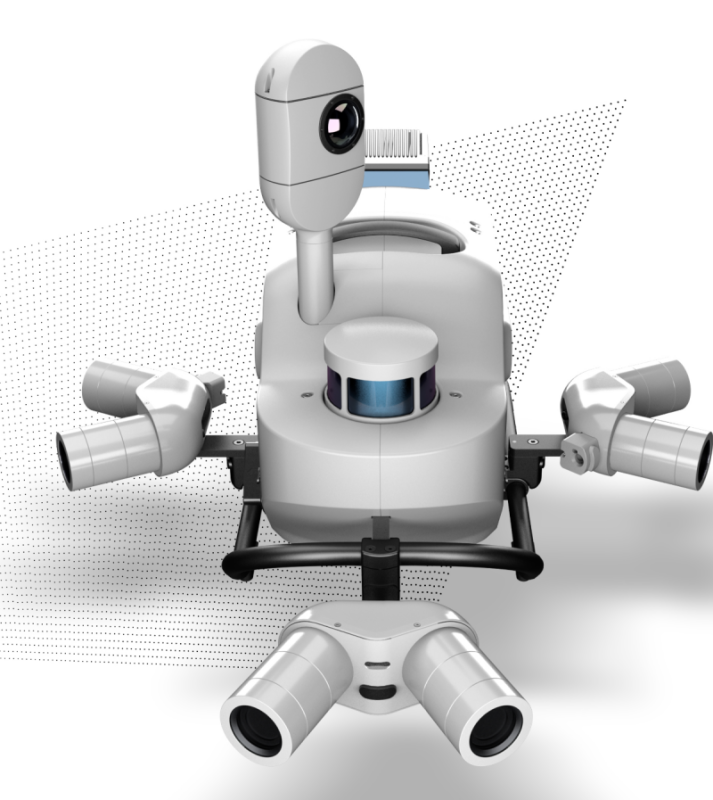 This is a huge achievement as otherwise, the data collector would require infrastructure with traceability functions to clearly prove where personal data are stored or manipulated during the entire life span of the data captured. The Pegasus TRK Control Unit is equipped with the latest generation hardware architecture, with a dedicated AI module that is processing the imagery on the go to make real-time processing possible. All the data is then stored instantaneously to a removable SSD, so data transfer is a thing of the past.

AI is also leveraged in postprocessing, where the point cloud is automatically classified into dedicated classes such as roads, sidewalks, buildings, vegetations, poles, barriers, and various additional classes. The trained AI models are capable of much more, but Leica Geosystems focused primarily on the most critical aspect: preserving privacy. In the future, customers will benefit from even more advanced features, making Pegasus TRK efficient like no mobile mapping system before.

The Pegasus TRK is not a single device, but a pair of two different systems, offering different configurations for different needs, costs and use cases. The Leica Pegasus TRK500 Neo is a single scanner performing 500,000 measurements per second and generating a single line point cloud pattern. Pegasus TRK was designed from scratch and took into consideration the single sensor characteristics to make them work at their best. The result is an unmatched accuracy level both in RTK (Real Time Kinematics) and PP (Post Processing).

While the TRK500 is equipped with a single ToF (Time of Flight) scanner, the TRK700 has two embedded scanners. The TRK500 collects with a continuous rotating scan head at a frequency of 250Hz half a million points per second. The scan line is vertical to the driving direction. The TRK700, having a dual scanner, collects one million points per second in a crossed point cloud pattern (left, diagonal, right diagonal) offering a better coverage of the point cloud and higher point density.

A mobile mapping system for a single operator

The Pegasus TRK is so light that it can be operated by one person, making mapping projects more efficient and cost-effective. “Making great technology accessible was one of the main goals we pursued during the development”, says Alessandro Nuzzo, Product Manager Mobile Mapping at Leica Geosystems. “We put the user in the center of the product development and analyzed the main pain points while using mobile mapping systems. By following various usability concepts, the user will notice during installation what we envisioned: a simple system to use with an intelligent sensor architecture able to capture data autonomously.”

The clear target was to develop a system that can be installed and operated by a single person, which reduces personnel costs and eliminates the entry barrier for those new to the technology. The system weight was decreased from 49 kilograms to 18 kilograms and a unique rotational-tilt mount now facilitates the installation, reducing the system lifting height by 36cm and avoiding risky lifting operations.

“In addition, we developed from scratch the acquisition software, Pegasus FIELD, and its user-friendliness makes a big difference in how the user is interacting with the machine. 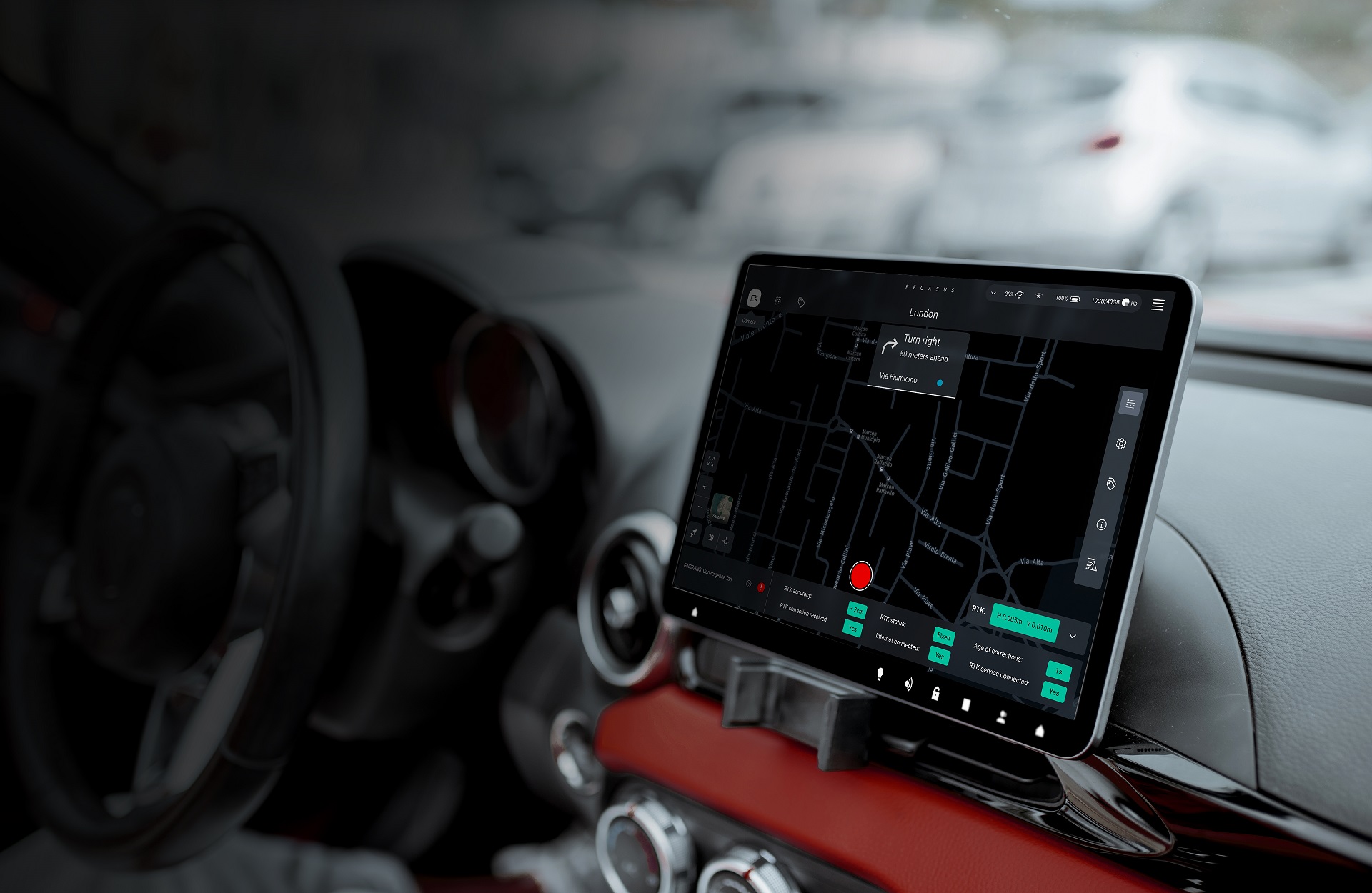 The combination of Pegasus FIELD and the Control Unit transforms the workflow for reality capture professionals. It allows users to go straight from data capture to processing, right when they need it. Data pre-processing starts with a single touch in the field. The system works as you travel back to the office”, adds Nuzzo.

Pegasus FIELD is the “operating system” running on the system, which manages the hardware, triggers data capture, performs various real-time operations and makes sure the job is performing according to the project settings. Pegasus OFFICE is the suite running in the office, wich processes the collected data and delivers georeferenced 3D point cloud and imagery. Various refinement tools enhance the trajectory quality, such as SLAM calculation in GNSS denied areas or multi-pass adjustment in case of repeated passes over the same area. There are further embedded workflows, not only to add information layers to the processed data but also to extract various features such as road lane lines or to classify the point cloud by object classes.

The system’s user-friendliness makes it is suitable for professionals who are new to the technology. Nuzzo explains what user-friendliness means in practice: “We look at the entire user experience, where experiences are the sum of emotions a user will feel when adopting Pegasus TRK. Small details matter in making things intuitive: this applies to the system installation, but also to the process of guiding the users from project setup to data collection to data processing. Wherever possible we implemented fully automatic workflows, reducing the complexity novices face when first using mobile mapping systems. It is about real-time feedback, eliminating the grey zones during usage, the ability to plan an acquisition route, get guided, and routed while the system autonomously triggers the sensor to collect according to the project requirements.”