Imerso’s CEO and founder Frederico Valente describes his platform as a tool for intelligent performance monitoring of construction projects using both 3D capture and BIM principles. But Imerso has bigger plans than that: It aims to make 3D capture—as well as the processing of that 3D data into actionable information—so easy and useful that construction projects will do it all the time. Imerso also hopes to offer end users the data and context they need to extract bigger lessons about their workflows and building strategies, to help its users accomplish no less than improving the ways they work over time. 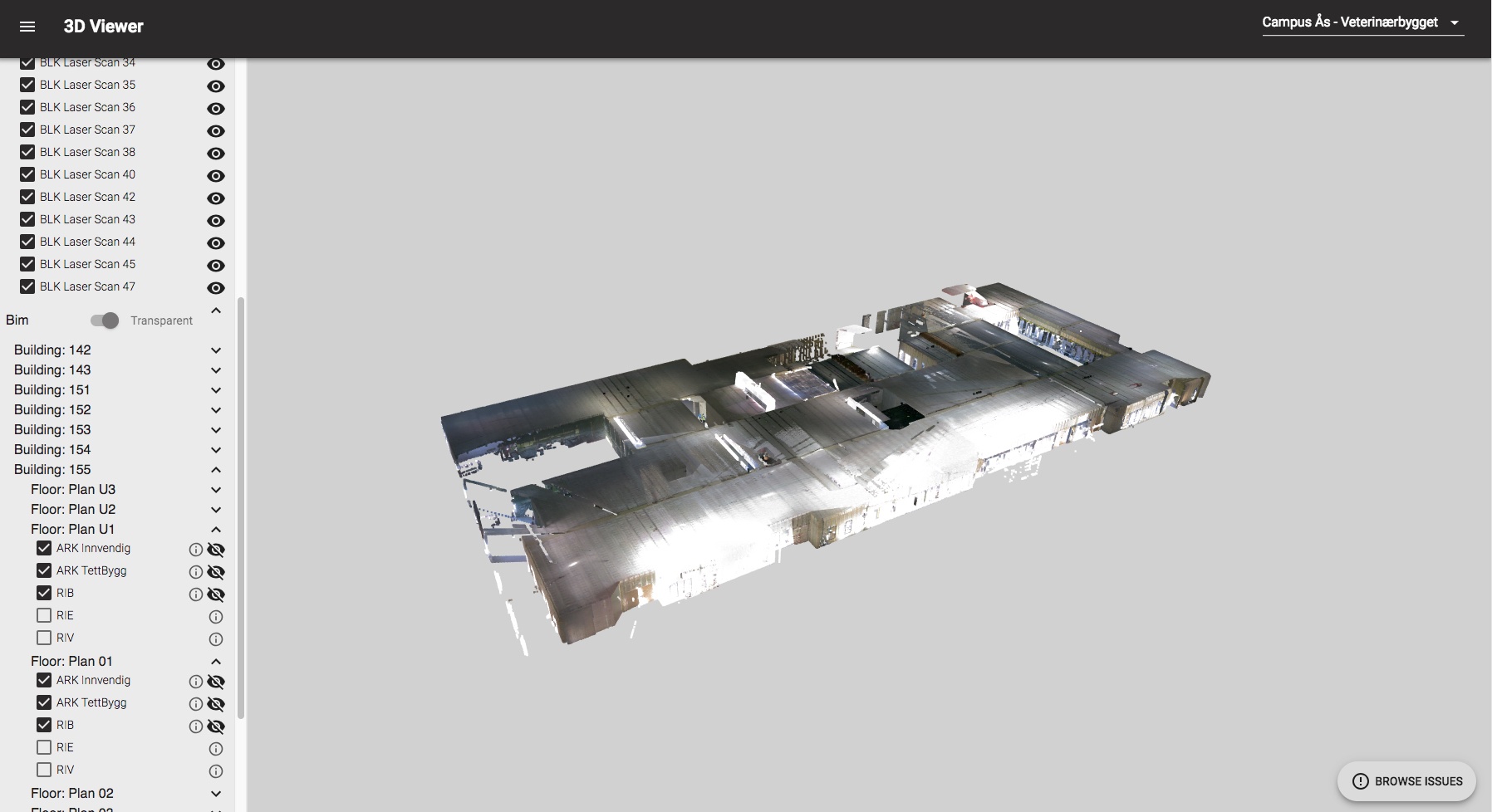 On the surface, Imerso is simple. Users start by loading the software with all the data from the planning stage, including BIM, geometry, schedules, and tolerance parameters. These data are used as monitoring targets. Next, as on site work continues, users upload 3D data from the field. Imerso registers that 3D data directly to the 3D building information models and displays the results, giving users a simple way to compare the current on-site conditions against the original design intent. 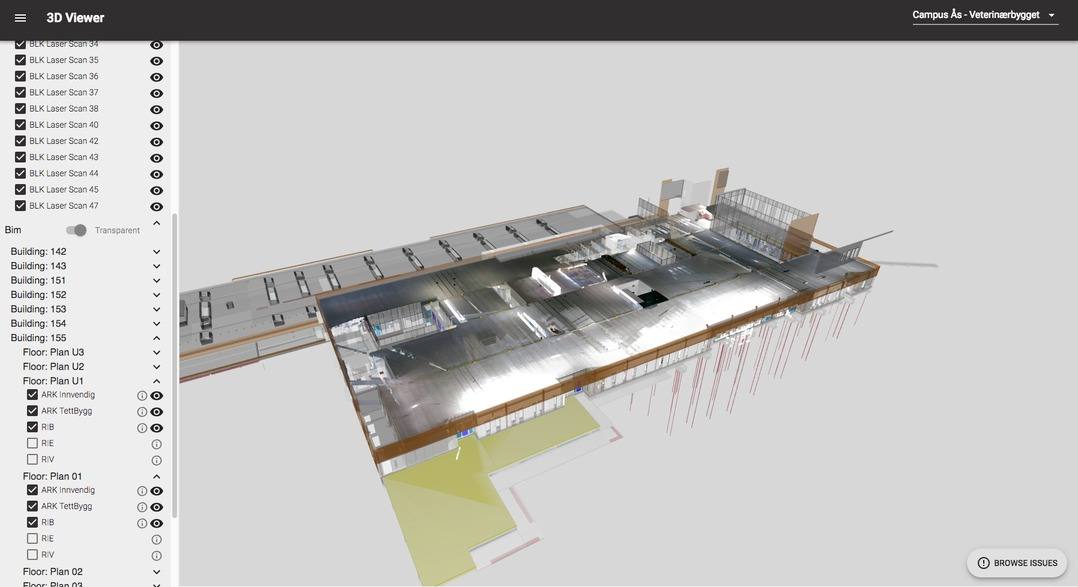 Imerso also compares the 3D model against the BIM automatically to offer quick insight. “The 3D picture enables us to do a volumetric comparison between the 3D data and the design models,” says Valente. “Everything should match, but that’s never the case so we flag the problems. We pinpoint where those deviations are and mark them. We have all the semantic data we extract from the BIM models—who’s responsible, which contractors the work belongs to, the date a building element should be there—and we produce a report for the relevant project team.”

The goal is tracking the project over time to help make the QC more proactive rather than reactive. “This has to do with showing the performance of the different teams,” Valente says, “but also where problems are, as early as possible. That could be mistakes, delays, or work that is done outside of tolerance or outside design specs.” 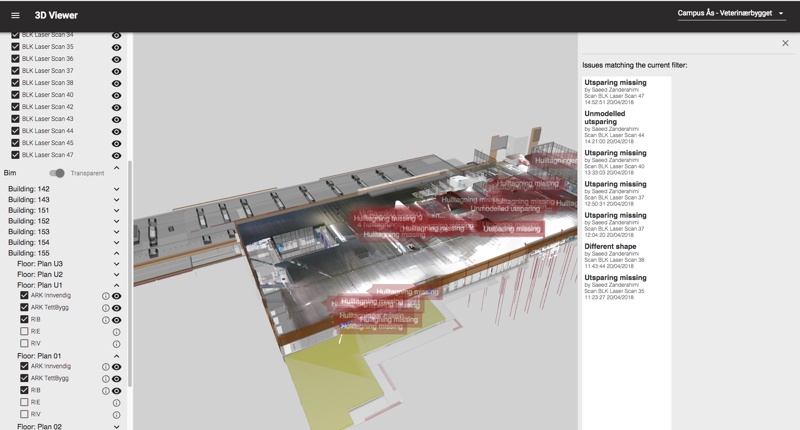 Scan vs BIM with problems tagged for QC

With this information in hand, users can decide to fix problems before they compound, or simply update the design model so it reflects the actual on-site conditions when it reaches the facilities management stage. Imerso believes this information is key to exploiting the full value of BIM, and elevating it beyond a simple planning methodology.

So far, Imerso may sound like a lot of other vendors on the market, many of which tout 3D capture as a way to track the progress of a building against a design model. Imerso sets itself apart with the ease it offers in the 3D capture stage.

The company offers a mobile app for 3D capture, which brings huge advantages not only in usability but also speed and price. This is the tool that brought the company to my attention many months ago, at which point Valente wasn’t quite ready to speak about his product. Now I see that it was for good reason. Imerso was focusing its development energy on bigger game than smartphone scanning: a better way to compute and analyze 3D data, regardless of what tool was used to capture it.

“A core aspect of our technology is that we do not require georeferenced data,” says Valente. “We just want the mesh or the point cloud. Imerso will place markerless, non-georeferenced data in the right place in the BIM. This was a fantastic challenge that we solved using computer vision—we align the scan against the data, but we also use visual cues from previous data and align the scans against previous scans.”

One benefit of this approach is that Imerso will offer its full range of functionality as long as your data is 3D. That means you can take the tools you already have—the simple lidar scanner you like to hand to an intern for on-site capture, the handheld structured-light scanners, your drones—and pop their 3D data into Imerso, where the software will help you monitor the progress of the project every time you get 3D data coming in from the field. 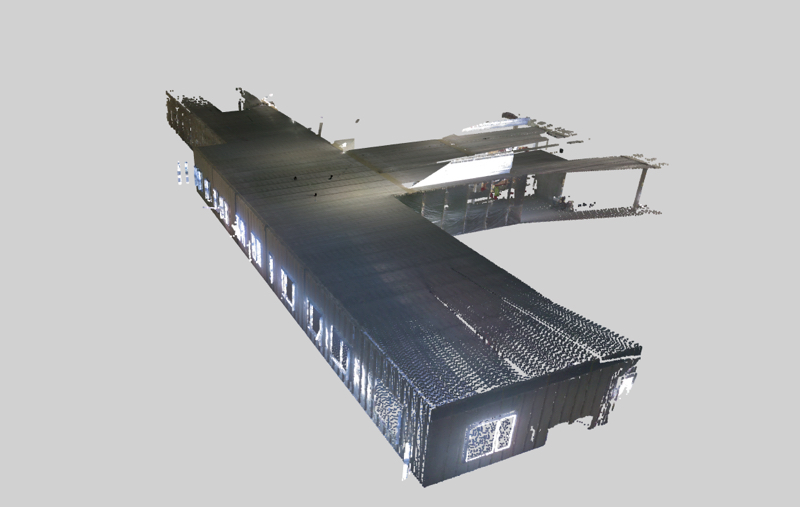 A non-georefenced scan from the BLK 360.

A secondary benefit of Imerso’s processing scheme is that it removes the last vestiges of what Valente calls “the perceived complexity of 3D technology” from the customer’s point of view. “We want to make it as simple as saying, ‘Forget all you think you know. Look at this device, press a button, the laser does its beauty, and the data comes to us. You’ve just done your first scan, and you have relevant data. There’s no more to it than this.’ ”

As volumetric capture methods continue to proliferate in the future, with tools becoming cheaper, easier to use, and more present on the job site, Imerso will continue to support any kinds of 3D data. “We want to take advantage of that trend,” adds Valente, “by not caring which method you use to capture.” 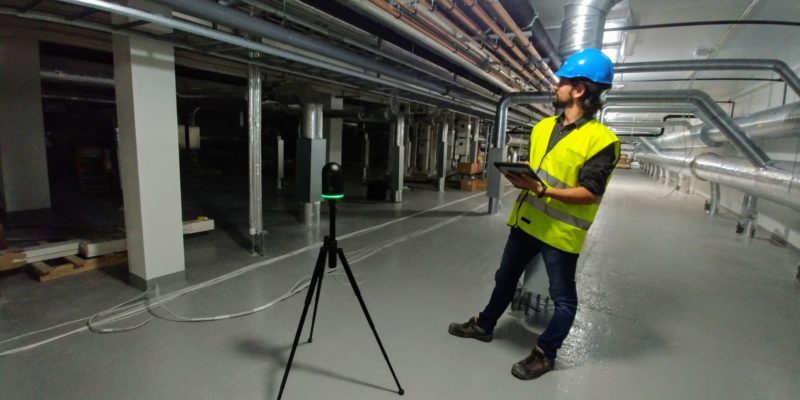 Imerso includes all the basic functionality you would expect from a monitoring application, and some you wouldn’t. You can check data on a specific date, take measurements, and write notes. You can generate reports with basic one-off insights about deviations and problems in the current state of the project, complete with all necessary metadata. You can also learn whether a specific team’s performance decreased from a previous period, or improved.

But Imerso wants to offer insight at an even deeper level. It aims to go beyond that kind of per-project information and help contractors and property owners connect the dots to understand the big picture.

Valente says Imerso wants to help customers learn more about themselves by giving them the data they need to compare projects over time and judge the working methods that produce the bests with the greatest efficiency. “I like the idea of a property owner, especially one with a huge portfolio of projects, deploying this technology across the board so they can learn what each contractor does best, what project is doing well, what isn’t, and ask what they’re doing differently, or if we should adopt this or that workflow. Now, they’ll actually have the data to measure this so they can back their learnings and make improvements.”

I told Valente that it sounds as if Imerso wants its customers to treat buildings more like mass-manufactured objects than one-offs. He agreed. “What you do in a production line,” he said, “is to take as many samples as possible and constantly measure if things are inside those specifications, and then adjust. Otherwise, you ruin the entire batch—which is what is happening today in construction.”

In closing our conversation, Valente told me that Imerso understands that it is coming into a fragmented market for construction technology.

“Everybody has their own workflows, so I don’t imagine there will be a single solution—like an SAP—that does everything,” he says. “Instead, I like the idea that all these different tools will have different use-cases and play very well with each other. That’s why we’re excited about building our core around the analysis of 3D data, around teaching a computer how to understand 3D space the same way you and I do, but making sure it will play with other tools. As a strategy, we want to play with everybody. We’re all about open data, and we have no proprietary file formats.”

Which brings us to the most important point of all, Imerso is developed to sit right on top of your existing workflows, allowing you to put in whatever 3D data you want, from whatever tools you want to capture with, and output whatever 3D data you need, in whatever format that suits your workflow. Keep doing whatever you’re doing, Imerso promises, but “plug this service on top of your operations and you’ll get the data and insights to improve your workflow.”

To learn more about Imerso, or try a free demo, check its website here.