In early 2021, aerial acquisition and geospatial service provider 95Mapping purchased new camera and lidar hardware, as well as a Cessna 208B Grand Caravan. Custom modifications were made to allow two camera ports to be added, and the combined system was ready to fly by September. The upgraded equipment allows the firm to tailor its products to the needs of the client and deliver custom solutions whenever necessary.

Making the transition to lidar from photogrammetry

“Our clients are transitioning from using conventional stereo compilation to lidar so we wanted to upgrade our lidar and camera equipment to produce the highest quality data at maximum efficiency,” said Miles Strain, Aerial Services Manager and Vice President at 95West. While there are multiple reasons why clients are transitioning to lidar, it all comes down to increased accuracies and cost savings to 95Mapping’s clients.

The UltraCam Eagle Mark 3 camera footprint covers more than 26,460 pixels across the flight strip and delivers 10-cm resolution at a 5,000-m altitude. 95West utilizes the UltraCam Eagle imagery to stereo compile planimetric detail, and to collect breakline detail which in turn is draped onto the lidar data to take on the vertical properties from the point cloud.

“In the end, the client receives a highly accurate digital terrain model consisting of lidar points with supplemental breaklines, planimetric detail and high-resolution digital orthophotos.  All three data sets can be layered together to assist the client with their design and/or planning needs”, adds Strain.

“The 80 mm focal length gives us a field of view and flying altitude that closely matches the lidar footprint,” said Andrew Werle, Chief Pilot at 95West.

“The Eagle’s footprint is slightly larger than the Riegl which gives us industry standard sidelap for both the imagery and lidar. Simultaneous collection results in coincident data sets and cuts mobilization costs in half, which saves our customers thousands of dollars.”

Industry standards have been in place dating back to film camera days for imagery collects requiring a minimum of 30% sidelap between lines to properly tie the lines together, and 60% forward lap between images along the line to allow for stereo model sets. Lidar standards have been put in place to assist with the calibration process of being sure all the acquired lines tie or mesh together within a certain tolerance to assure project wide accuracies. “With the imagery footprint of the UltraCam Eagle extending a bit beyond the swath extents of the Riegl 1560ii-s during simultaneous collections, we’re able to keep both platforms within those notable industry standards”, says Werle.

The UltraCam Eagle has better data resolution and clarity than other cameras considered by 95West, while a major part of the decision was the opportunity to form strategic partnerships with other mapping firms.

Strain: “We have a number of clients who have expressed their preferences with UltraCam imaging sensors. Large area State and Local projects will often times require more than one sensor(s) to complete the acquisition in a timely manner. Spring and Fall leaf-off seasons are short and partnering with other consultants becomes a necessity to be certain the data is acquired during optimal leaf-off conditions. The geometrically accurate large-format Eagle sensor has a larger ground footprint allowing for faster collects with fewer lines to acquire, again surrendering greater cost savings to our clients."

The integration of hardware and software was completed with the help of Vexcel, Riegl, Applanix and TopoFlight. 95Mapping put in a lot of time researching a number of sensors for both lidar and Imagery. 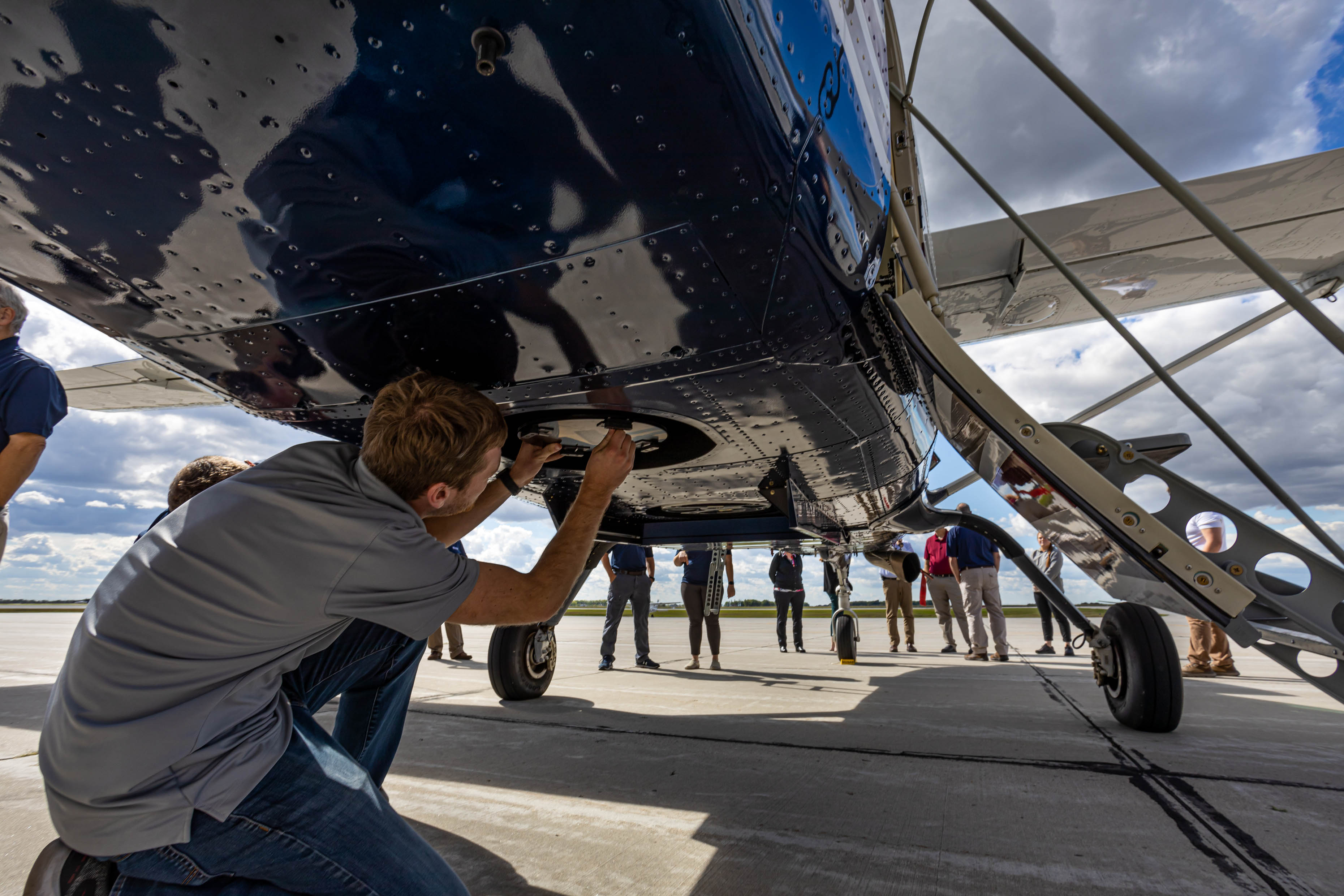 Once they had their wish list of preferred sensors in place and the desire to integrate those platforms into a simultaneous capture, their case was presented to all the parties mentioned.  A lot of conference calls and months of dialogue later, the challenge was accepted with the highest of professionalism by all parties to make sure this worked as planned.

“We evaluated several flight management systems, but TopoFlight was by far the most user-friendly and made it possible to communicate with both systems seamlessly,” said Werle. “During the mission one computer tracks lidar, a tablet monitors the Eagle’s activity, and another tablet runs the flight management system and navigation.”

Imagery and lidar data for multiple deliverables and in-depth analysis

The combined imagery and lidar data form the foundation for multiple deliverables and in-depth analysis.

Strain explains that all clients have specific and often unique requirements, and 95Mapping makes sure to work with the client to meet their needs:

“The benefit with fusing or working within independent data sets goes back to the data being acquired simultaneously. The client can be confident the data will line up whether they decide to fuse the data, reference all the data together, or work independently from each other. No matter what, they’ll have consistency with everything having been acquired in a single given date and time. No varying water levels or terrain changes, such as mining and landfills, between the imagery and lidar data sets to worry about.”