Last month Princeton Lightwave, a leading manufacturer of Geiger-mode LiDAR, announced the formation of the Automotive LiDAR Business Unit. The unit is designed to commercialize the company’s Geiger-mode LiDAR for the autonomous car market–but it could also lead to new form factors for the powerful technology in the near future.

Geiger-Mode LiDAR in an Autonomous Car?

Many SPAR 3D readers know Geiger-mode technology for its big entry into the aerial 3D mapping market, and the large amount of attention it has received in the professional 3D-imaging space. (Here’s the Geiger-mode quick summary: It collects an order of magnitude more points than linear-mode LiDAR, and works at much greater distances.)

However, it is suited for a number of applications other than mapping. For instance, it has already seen a lot of use in defense for targeting applications, as well as airborne autonomous flight. This makes it an ideal technology for self-driving cars.

“Instead of pointing the LiDAR system down, you point it forward,” says Princeton Lightwave chief sales and marketing officer Jay Liebowitz. “It turns out that you can see through obscurants with Geiger-mode LiDAR better than you can with linear-mode LiDAR. That gives the advantage of being able to see farther and see lower reflectivity objects in various kinds of weather.” 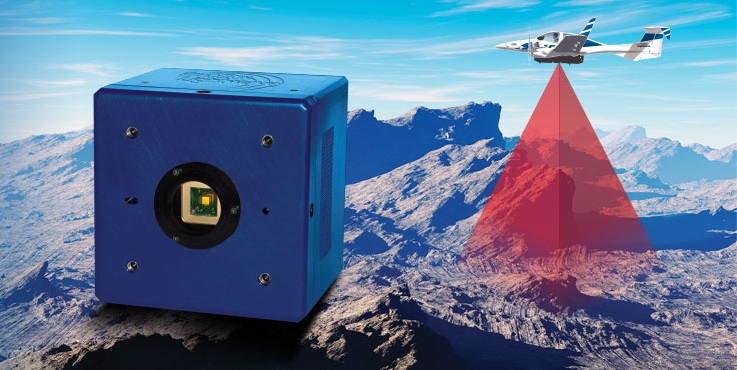 Princeton Lightwave’s forthcoming product for the automotive market is called the GeigerCruizer LiDAR. It is spec’ed to detect objects beyond 200 meters within eye safety limits. Like the solid-state linear-mode LiDAR units developed by Princeton Lightwave’s competitors, the system is semi-conductor based and can be manufactured on a microchip. Liebowitz says this means the device can be manufactured at scale, and at a cost low enough for the automotive industry.

This Could Lead to New Form Factors

Though Geiger-mode LiDAR has been in use for more than a decade, the technology has not become any more affordable. Liebowitz says this is because the systems have been largely manufactured for the aerial mapping industry—where there are just tens of LiDAR systems sold per year.

The automotive industry, with its coming shift to autonomous vehicles, will buy many, many more LiDAR units than that. “There are 90 million cars sold a year worldwide,” Liebowitz says, “so there’s a huge volume to address.” With that kind of demand, Princeton Lightwave can develop their manufacturing processes to produce a higher volume of LiDAR units, and bring down the cost of each individual unit.

Once Princeton Lightwave is producing their GeigerCruizer LiDAR at scale, Liebowitz says, the company can “realize the economies of scale for adapting it for the form factors required for ground-based survey and consumer devices.”

In other words, Princeton Lightwave will be manufacturing a Geiger-mode LiDAR inexpensive enough for use in virtually any form factor.