For any company that wants to develop an autonomous vehicle, there are two things that they must tackle: perception and localization. Perception is the sensing and interpretation of the vehicle’s surroundings – for example, identifying a pedestrian crossing the street, or a vehicle in an adjacent lane. Localization (also known as vehicle positioning) is the process of using information to determine position and location. With most autonomous vehicle solutions, lidar is taking on both jobs. But to perform accurate localization with lidar, the sensors are up against a variety of challenges. There may not be enough landmarks, or the scenes around them may be too dynamic or unstable, leading to a lack of recognition. The effects of weather, such as piles of accumulating snow, can also make localization difficult or nearly impossible with lidar and camera based localization. 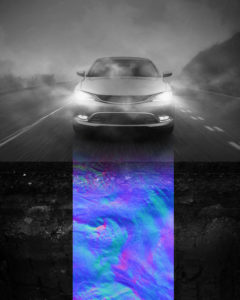 WaveSense has decided to take a different approach to this problem, and has instead shifted the localization workload to a proprietary ground-penetrating radar. Vehicles using WaveSense are unaffected by common but challenging road conditions like snow, rain, fog, lack of lane markings, because it isn’t looking at the road – it is looking below it.

The radar penetrates 3 meters into the ground, and creates a map  of reflections off of changes in soil type, soil density and utility infrastructure. The information gathered from the subsurface rarely changes and is rich in character or detectable features, creating a unique “fingerprint” for each stretch of road. These underground features are far less dynamic than the weather- and infrastructure-sensitive features above ground, and surface activities such as road resurfacing do not affect the signal on which WaveSense relies.

There are two immediate benefits to moving doing localization with WaveSense’s technology. Most importantly, when localization data are uncorrelated with lidar and camera, it drastically decreases the chance of having a “single point of failure” which is a concern for all-autonomous and assisted-driving systems that seek automotive grade safety. According to Tarik Bolat, CEO and co-founder of WaveSense, the radar’s contribution to safety is paramount.

“The most important thing is that it’s the safest and most reliable way to do localization, and as a result it will be required for the safe deployment of autonomous vehicles.”

When considering the field of view required for lidar in an autonomous vehicle system, it is necessary to provide a view that can see from the road’s surface to buildings and the sky. The significant amount of the upper portion of that field of view is usually used only for localization – not perception. If that portion were removed, it might give automakers more options for their future vehicle designs by saving cost, power and space. If lidar system does not have to process all that additional information, it means that more power and processing bandwidth can be tuned for perception tasks instead. 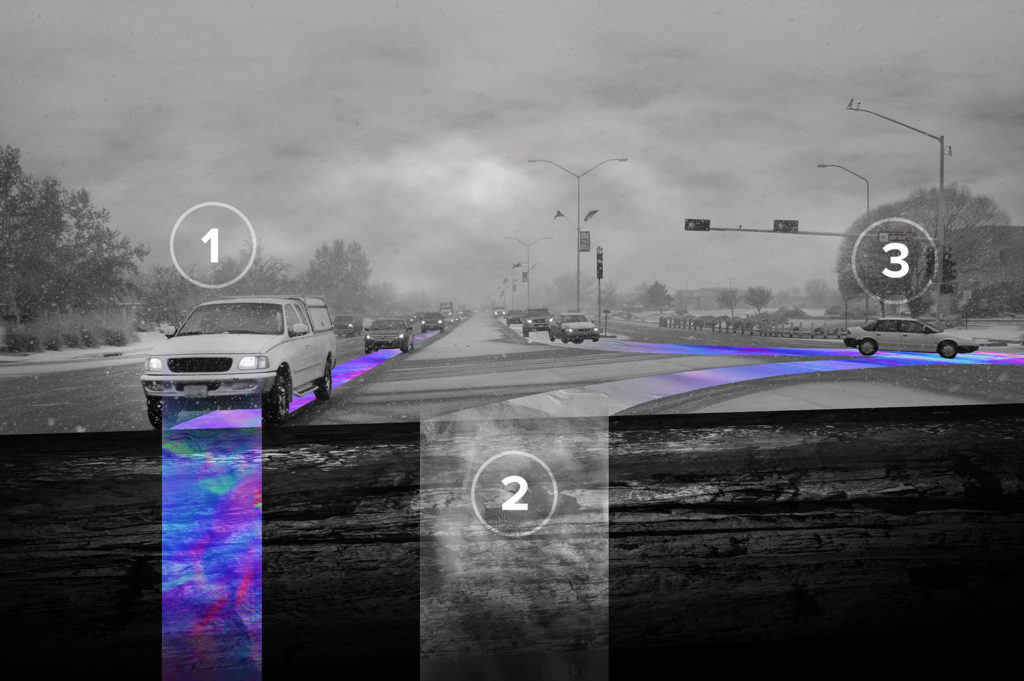 “At a very high level, what we’re doing at WaveSense is filling the remaining gaps between where autonomous vehicle localization is today – and where it needs to be for broad public adoption,” commented Bolat.

Just like in lidar systems, the ground-penetrating radar will require the capture of a prior map for use in localization. Strategically, this would be accomplished by beginning with large metro areas, interstate routes and major shipping corridors. With strategic partnerships with rideshare companies, shipping or other commercial fleets, this could happen relatively quickly once the technology is fully deployed.

WaveSense also has applications for vehicles that are not fully autonomous. They’ve received feedback from OEMs and automakers that features such as assisted driving, active lane keeping, and parking could employ this technology to make those consumer-desired features more robust.

In June, WaveSense won the “Newcomer of the Year Award” at TU-Automotive Detroit, the world’s largest automotive technology conference and exhibition. WaveSense has recently finished several pilots with automakers, Tier 1 suppliers, and others, and are kicking off discussions for much broader production-level engagements.