Mapillary, a startup that specialized in object recognition for autonomous vehicles, especially on crowdsourced street-level imagery, has been acquired by Facebook, according to a Mapillary blog post.

The Swedish mapping firm has not disclosed the terms of the deal, but has stressed that their current users should not be impacted – at least for now.

“Our plan is to continue being a global platform for imagery, map data, and improving all maps. You will still be able to upload imagery and use the map data from all the images on the platform,” writes Mapillary CEO Jan Erik Solem.

While it has received arguably less attention than other projects (like facial recognition work), Facebook has been embarking on an “open mapping effort” – attempting to built tools and technology to make better maps with machine learning, satellites and other partnerships. While outside of their typical use, mapping could be utilized by Facebook for the Marketplace functionality, local business listing, and potentially augmented reality. 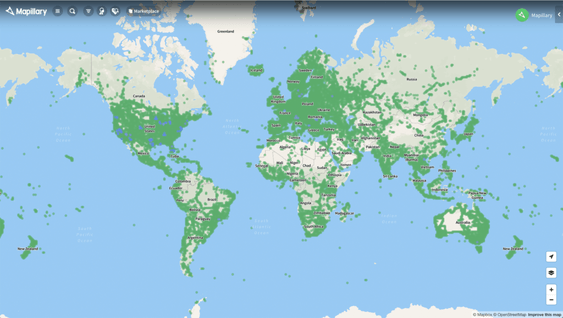 It appears that Facebook is making some kind of move in the mapping/spatial world, but it is difficult to speculate what the ultimate end goal is. Following the acquisition of Scape, a virtual positioning service that is based on computer vision, it possible to imagine that the combination of the vast library of maps from Mapillary’s users might work in concert with Scape’s technology to identify businesses or other landmarks only via imagery.