As autonomy improves, the benefits become more and more obvious to stakeholders.

Automation is becoming one of the bigger buzzwords in just about every industry around the world at this point, with companies across sectors looking for ways to remove tedious work from their human workforce and shift it to machines that don’t need human intervention. We call it a buzzword because there are varying levels of autonomy that perhaps aren’t always clear to people, but certainly not because these options don’t exist.

In construction in particular, there are tools popping up on a regular basis, which is helpful in a number of ways. These automated tools, whether it be AI-empowered software or hardware like UAVs and robots, can improve on-site safety, save money, and even help tide companies over as they work through labor shortages in the industry. That said, there’s always some skepticism around how much these autonomous utilities can actually work without human intervention. One company addressing that skepticism head-on with their level four autonomous drone is Exyn, who has recently begun more work with construction sites.

Ben Williams, Exyn’s Chief Operating Officer, took a few minutes recently to speak with Geo Week News and offered this as a quick description of what the company is: “We talk about it as sitting at the intersection of high accuracy, three-dimensional mapping, and autonomous vehicle navigation.” Explaining further, he notes that this is complementary because “the better you understand the environment that you’re in, the better you map and the better your ability to see changes in the map.” All of this leads to true autonomy for Exyn’s UAV the ExynAero, which is constantly updating its knowledge of the world around them and can create it’s own flight plan in a number of different environments, including a construction site. 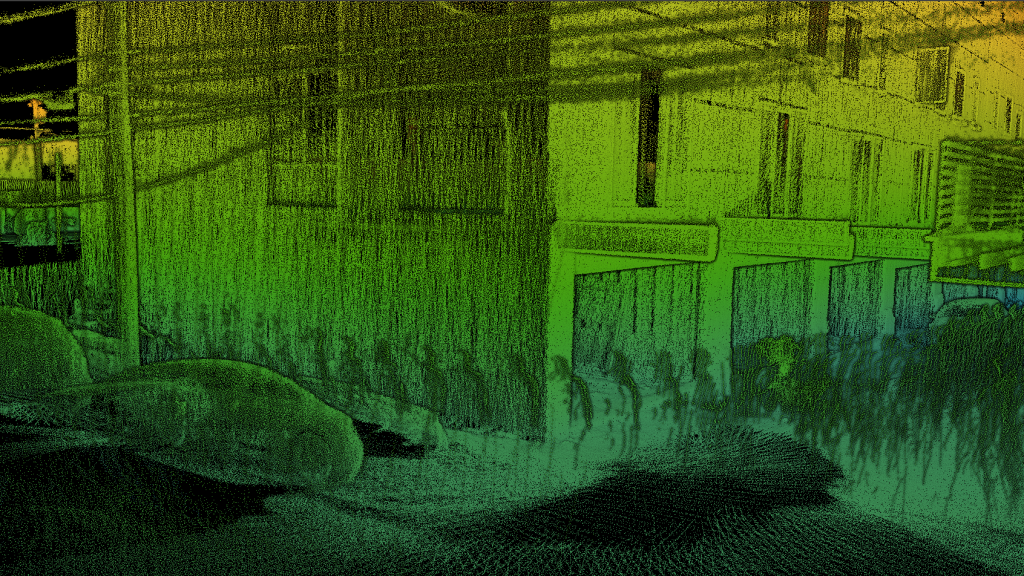 Not that autonomy in any space is easy, as there is a lot of work to get any level of autonomy for any use case, but a construction case presents a unique challenge for companies looking to develop autonomous hardware. A drone, like the ExynAero, not only has to map out it’s own flight in real-time, but can be dealing with people moving around the site and machinery that can be in unpredictable locations. They’ve been able to solve this problem by achieving level four autonomy for their UAVs.

This means the drones can simply be told to fly a certain area without being given a specific path, something Williams notes is an “abstraction usually reserved for people’s brains.” (We should note that while the drone can detect and fly around obstacles, Exyn does still recommend these flights take place while people are not in the flight area.)

The construction industry, despite a reputation for being slow to adopt this kind of technology, is certainly showing interest in these tools, too. Williams does concede that there is some healthy skepticism around the idea of autonomy, but more people are willing to at least give it a chance after benefiting from other technology, like mobile mapping. (Exyn also offers a mobile mapping solution with the ExynPak.)

And once they see these tools in action, they recognize all that can be added by utilizing an autonomous drone on their site fairly quickly. We know there can still be an uphill battle to gaining to finances to invest in a tool like this given how fragmented this industry can be, but the companies that do take the plunge are discovering the ROI quickly and emphatically.

And while Exyn is still, as mentioned above, relatively new to the space, Williams is already seeing a number of important use cases from the company’s autonomous mapping drone. For one, construction sites can use the ExynAero to fly at some regular interval around the site, mapping everything it sees in order for changes to be detected, allowing users to catch potential issues before they become much more costly. Williams has also seen customers use these UAVs to create accurate as-built scans which can be used to create a detailed BIM model and/or digital twin.

Although the construction industry has a reputation for lagging behind in terms of technological advancement, that can be overblown, and especially in recent years we’ve seen the trend start to shift. Given the lower margins in the industry and the fragmentation, there are valid reasons for a little more caution being displayed, but when tools prove their worth they are given a shot. Autonomous hardware, like the UAVs offered by Exyn, are one of those tools that are showing their worth, especially when that autonomy can be readily proven like with the ExynAero.

And once taking that plunge, construction companies not only get more detailed information in a safer way, they also save money, free up more time for workers to do less tedious and more important work, and most importantly create a safer environment for everyone on the site by allowing the drone to scan areas that are impossible or dangerous for humans to reach.