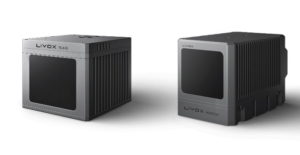 Livox, a DJI subsidiary, has unveiled the price of the two new high performance, low cost, mass market lidar sensors at CES that were first announced in January 2019. The announcement came with more information on how the company’s unique lidar scanning pattern works.

While conventional lidar sensors use horizontal linear scanning patterns, Livox’s two new sensors, the Horizon and Tele-15, use a flower-like scanning pattern. Areas scanned inside the FOV of a Horizon sensor grow the longer the integration time, increasing the likelihood of objects and other details within the FOV being detected. The point cloud density can easily surpass that of 64-line LiDAR sensors, resulting in safer, more reliable autonomous driving.

As a result of this unique pattern, when integration time is above 100ms, the sensors converge to 100% FOV coverage ratio or, when below 100ms, the Horizon is comparable with a 64-line lidar sensor, while the Tele-15 is “better than a 128-line”. According to Livox, this “does not exist in any market alternatives today at this cost”.

Principally designed for L3/L4 autonomous driving applications, the Horizon features a wider FOV of 81.7 × 25.1-degrees and a detection range of up to 260 meters, and the Tele-15 has a 15° circular FOV and is the “first 500m range automotive lidar” in the market, Livox claims. Both sensors scan 240,000 points/seconds and are compact enough to easily embed units into existing and future vehicle designs.

Before this latest announcement, Livox had previously demonstrated the potential of its technology with the less expensive Mid-40 and Mid-100 lidar sensors. These have been used for various applications, including stationary environment 3D scanning, as well as UAV and mobile 3D mapping.

For developers who wish to create unique applications and algorithms, the Livox SDK (software development kit) supports Linux, ROS, and Windows development platforms, and provides common algorithms such as external calibration and SLAM to help users get started quickly.

To easily manage and combine point cloud data from various Livox sensors, the company developed Livox Hub. Together with Livox SDK, users have unified access to software and hardware, making the development process simplified and efficient.