Taking place over the course of 7 days in Seattle this year, Digital Built Week North America (DBWNA) featured events that ranged from the DBEI Hackathon to the Building Infrastructure Lifecycle and Technology (BILT) Conference series. Organized by the Digital Built Environment Institute (DBEI), all of these events as well as the ones that take place across the rest of the world are ultimately designed to enable the adoption of BIM, VDC and other technological innovations across the AEC industry.

As part of DBWNA, the Building Content Summit is dedicated to improving the quality and processes involved in the development of BIM content, but there are numerous challenges when it comes to transitioning these concepts into reality. The keynote presenters discussed those challenges in detail on Day 2 of the event, and both presenters implored the audience to address these issues head-on so that they might be able to translate the potential of technological innovations into reality.

For years now, talk throughout the AEC space has been about what it can and will mean to address construction inefficiencies that McKinsey & Company documented in a series of reports and articles. They found that large projects across asset classes typically take 20 percent longer to finish than scheduled and are up to 80 percent over budget. Their research indicated that 98 percent of megaprojects suffer cost overruns of more than 30 percent, while 77 percent are at least 40 percent late. They also found that the construction industry is among the least digitized of any major industry, meaning it’s ripe for disruption by the kinds of innovative tools that can change these numbers for the better. There is a $1.6 trillion opportunity to close this productivity gap. 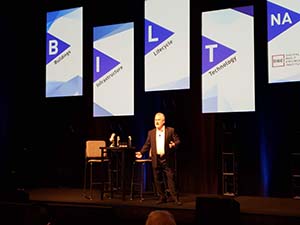 However, many of these numbers and reports are several years old at this point. It’s not that professionals don’t understand what kind of efficiencies they could generate with the adoption of a new tool or innovation, it’s that doing so will impact their established workflow, and that causes many to hold off. It’s something Mark Contino, Vice President of North American Retail Distribution at Topcon Positioning Systems, has seen and heard from companies of all sizes.

During his keynote presentation, Contino highlighted the stakes the AEC industry is dealing with in terms of construction needs across the world. Simply put, the industry can’t build buildings as fast as they’re needed, and the infrastructure needs of an expanding population are quite robust. Once the technology becomes digitized the door to an exponential growth curve will be opened, but that process can be challenging because of the costs associated with it. Contino made sure that everyone understood the present and future stakes associated with this concept.

“You’ll lose productivity in the short term, but will that eventual improvement result in a long-term benefit for your workflow?” Contino asked the crowd.

To underscore the opportunities represented with and for the digitalization of the construction industry, Contino walked through the 6 Ds of Tech Disruption and explained how each was directly associated with the AEC space. From Deception to Dematerialization, Contino made sure to highlight what it means for AEC stakeholders to work through short-term challenges to enable long-term gains, and underscored the incredible value that can be opened up by doing so. 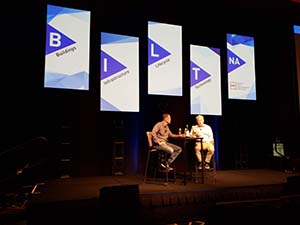 Afterwards, Devon Tilly, host of the Art of Construction podcast, took the stage to participate in a fireside chat discussion with Steve Burrows, Principal Consultant at Cameron MacAllister Group. The two covered a wide range of topics that included everything from how the industry has gone backwards to why now is one of the best times to be working in the industry to the real cause of time and material waste on a construction project.

One of the most telling comparisons that was made was about how the construction industry is basically a Tesla battery in a Model-T. That is to say, the innovations and tools to take the industry into the next century are readily available, but they’re being stuffed into processes and workflows that are from a bygone era. Properly embracing what’s new is going to mean moving away from what’s old, and that can be a challenge on several levels. It’s why Burrows wanted the crowd to focus on just one thing they could bring back to the office from the event.

“Can you create one new habit based on something you learned here?” Burrows asked the crowd. “Can you make change even when you have no authority? Can you move away from an established way of doing any one thing? We’ve already identified all of the things that are wrong with the construction industry, and these changes to everyday processes and habits will be the only way you’re ever going to enable effective change management. You can be that change.”

Change starts with communication and collaboration. It’s easy to talk about such things in the abstract, but Burrows made sure to highlight what it can actually mean to see them happen. Can you find one person you don’t know in your office and form a new relationship with them? Can you find someone who thinks the way you do? Great ideas are invigorating, but it’s all about actually doing something different, and talking to others about what such ideas can mean to established processes and procedures.

The technological innovations that were on display at DBWNA were as impressive as ever, but it’s the acceptance and openness to changing that will help eliminate construction inefficiencies and enable the exponential growth of the industry more than anything else. That’s the only way that $1.6 trillion opportunity will ever be truly unlocked. 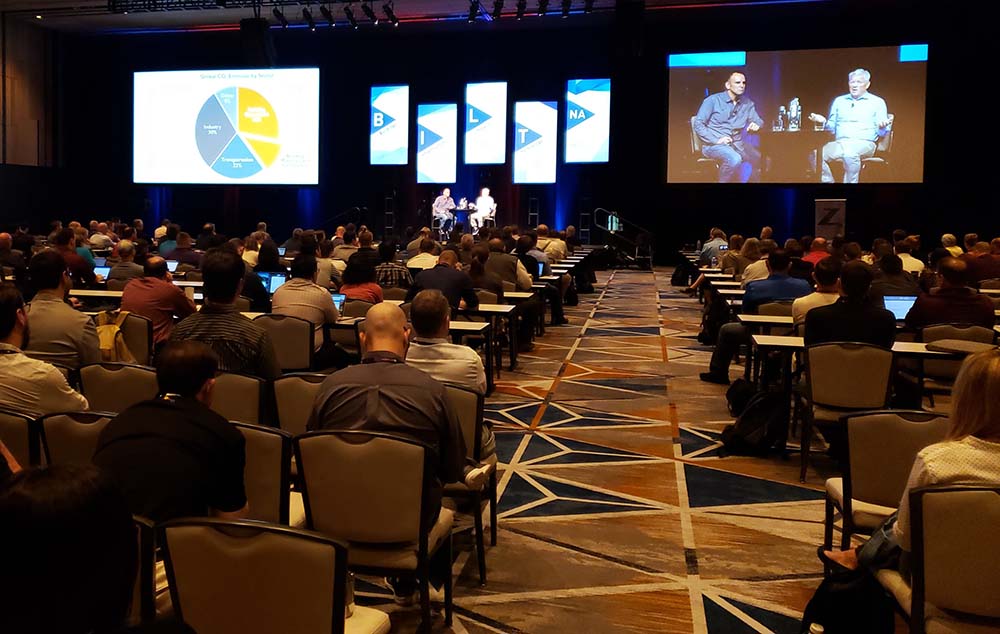 What Will It Take to Address Construction Inefficiencies and Create a New Digital Future in AEC?

A Look at VR/AR Ecosystems Around the Globe