This Device Will 3D Map the Nearby Universe

If you thought LiDAR was the most powerful mapping technology on Earth, well, you were wrong. That distinction goes to the Dark Energy Spectroscopic Instrument (DESI), which is designed to capture a 3D map of the nearby universe out to 10 billion light years away. 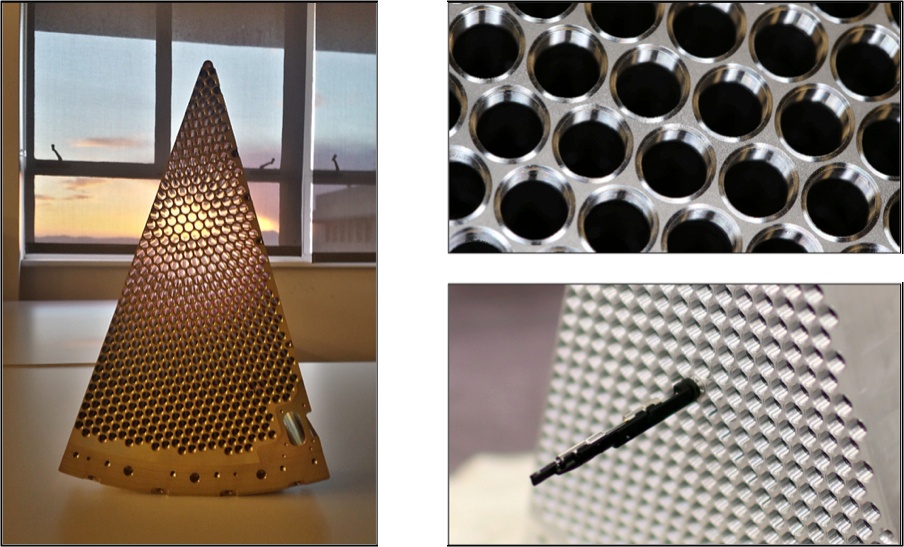 One of DESI’s petals, courtesy of Joe Silber, Berkeley Lab

According to Berkeley Lab News Center, DESI is set to begin construction in 2017 at the Nicholas U. Mayall four-meter telescope at Kitt Peak National Observatory near Tuscon, Arizona. It is projected to be finished in time for observations to begin in January, 2019.

When complete, DESI will comprise ten large “petals” holding a total of 5,000 cylindrical robots. These robots, which are about the width of a finger and ten inches long, “will precisely point fiber-optic cables to gather the light from a chosen set of galaxies, stars, and brilliant objects called quasars.”

The system also includes six large lenses about a meter in diameter, worth $1 million each, and 10 fiber-fed spectrographs that will measure the wavelengths of the light captured by the robots.

How and Why are We Mapping the Universe in 3D?

The press release is fuzzy on the details (probably because math rarely makes for an exciting article), but they do explain that the scientists will map in 3D by processing the wavelengths of the light gathered by DESI. This will allow them to determine how fast objects are moving away from Earth. (“Light from objects that are moving away from us,” the press release helpfully explains, “is shifted to redder wavelengths (“redshift”).”)

Once scientists have processed the data they’ve gathered on objects observed by DESI, they’ll (somehow) be able to generate a 3D map. That map, in turn, will help them to study the dark energy that is speeding up the expansion of our universe. 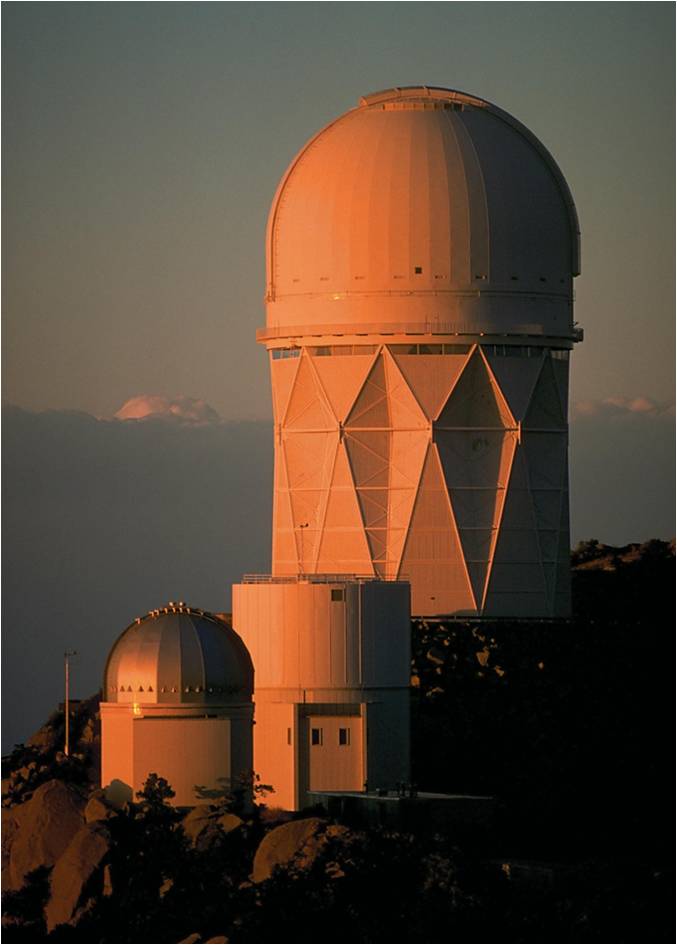 The Nicholas U Mayall Telescope, Courtesy of NOAO/AURA/NSF

“DESI will be able to make a 3D map of the universe using an order of magnitude more redshifts than currently exist,” said Risa Wechsler of the SLAC National Accelerator Laboratory, Stanford University and DESI co-spokesperson. “This will allow us to probe the physics of the universe and discover the true nature of dark energy.”

“The DESI map of galaxies will reveal patterns that result from the interplay of pressure and gravity in the first 400,000 years after the Big Bang,” said Daniel Eisenstein of Harvard University, a DESI co-spokesperson. “We’ll be using these subtle fingerprints to study the expansion history of the universe.”

If you want more technical details—and I’m sure you do—be sure to check out Berkeley Lab’s original article, which has all the nitty gritty astrophysics talk you could want.

This lidar scans faster than a bullet. Really.

This lidar scans faster than a bullet. Really.

LiDAR Shows that Trees Sleep, Too