Doxel is set to make waves. The solution uses lidar-equipped rovers and camera-equipped drones to capture progress on a construction site in full 3D. Next, the solution runs that data through an artificial intelligence that processes it to inspect the quality of work and track progress in real time for earned value assessment.

“As you very well know,” Doxel CEO Sarabh Ladha told SPAR 3D, “98% of construction projects run, on average, 80% over budget and are delivered 20 months behind schedule. Based on our customer interviews, the reason why that happens is that manager don’t have real-time feedback into labor productivity.” Doxel, he says, combines a range of frontier technologies to monitor the site every day, and return analytics “so that managers can react to inefficiencies in minutes and not months.”

We went in depth with Doxel to figure out how it all works. 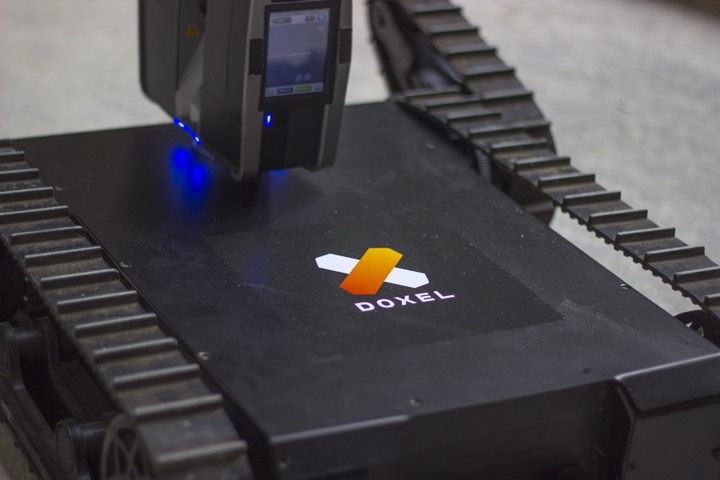 As Ladha explains it, Doxel operates more like a service provider than a traditional software vendor. “Customers want real-time feedback on progress and on quality,” he says, “and we commit to delivering that as a service. So everything from data capture all the way to those insights is Doxel’s responsibility. All customers have to say is “I need this and I’d like to get started,’ and we take everything from there.”

That means Doxel performs site capture every day, using autonomous lidar rovers for indoor work and camera-equipped drones for outdoor work. Next, the company runs the data through a proprietary, deep-learning algorithm that processes and cuts up the data to produce a wide variety of analytics. 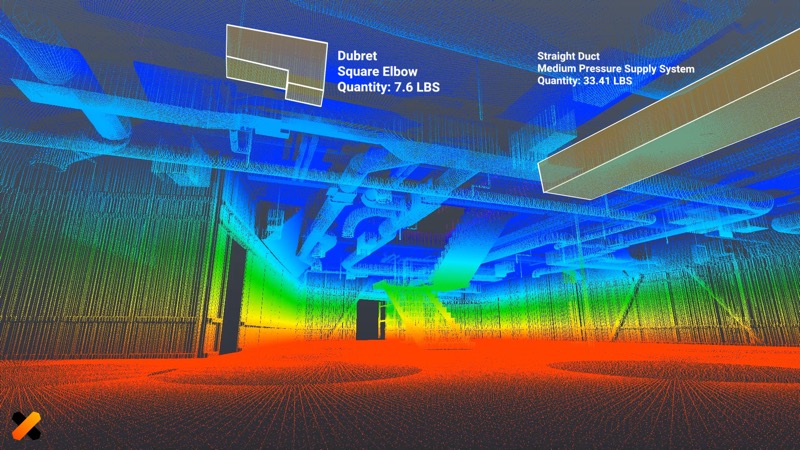 Break it down and analyze

Of course, the main purpose of recognizing these objects is to analyze them. To do this, Doxel’s AI takes the objects in the 3D capture, and links them to parametric data from the 3D design model, BIM, master schedule, original estimate, and schedule of values. They call this process “deep linking,” and it allows them to provide analyses ranging from deviation checks to cost planning.

“Data means different things to different people,” Ladha explained. “Our cloud dashboard allows you to slice and dice the insights the way you want to see it. I’ll give you an example: Let’s say you want to see what kind of progress one particular team, say mechanical, made in the last week. You can do that. You can set up filters to look at just that data. You can also look at it by system. Say you don’t care about the team’s progress last week, but you want to know, how are we doing on the hot water return system? I asked someone to get that done by yesterday. You go in and see what the hot water return system looks like. You can pull up information by zone, and say, how are we doing in the east wing?” 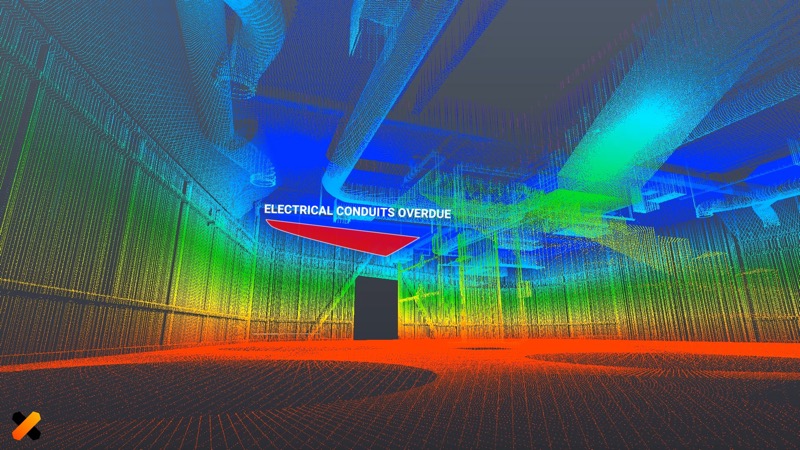 Ladha says that the AI is smart enough to recognize that a duct is, for instance, #23 or #31, or that the ducts were supposed to cost $7 for labor, but are costing $8, and are therefore going over budget on that line item. He emphasized just how granular the analytics can get, offering the user a wide variety of ways to slice up the data for their individual needs.

As an aside, Ladha tells me that Doxel will have huge benefits for facilities owners, too. “The as-built almost never shows you what the design intent was,” he says. “and thanks to Doxel’s daily checks, the quality control can get so good that, if something gets installed that does not match the design intent, we alert them instantly so that they can update the design in real time and maintain an accurate as-built.” 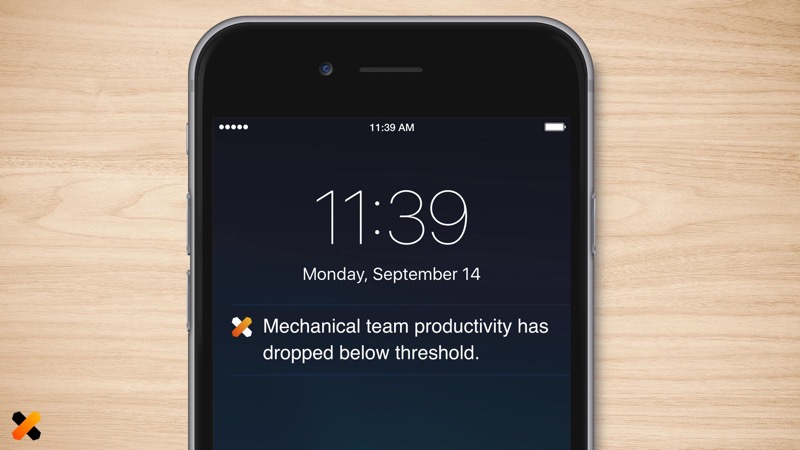 I asked Ladha if his customers ever asked for the 3D data captured throughout the process (a necessary question for the SPAR 3D audience). He said that they do offer this data “for the MacGuyvers who are real geeks, and who want to look at laser scans.”

However, the demand is heavily tipped toward the analytics, with relatively few customers even caring where that information comes from–as long as the insights are accurate and help save money. “Maybe if there are 50 users in one of our projects,” he says, “I’d say 48 of them don’t even look at the laser scan.”

He explained that when Doxel began performing its customer interviews, virtually all of their customers made a similar argument: “Guys, what are were going to do with all this laser scan data and photographs? I mean, we can’t sift through it manually, we may as well walk the job site.”

I observed that much of the technology in Doxel already existed—autonomous rovers, lidar, drones, photogrammetry, and progress analysis software—and asked why Doxel was the first company to attempt such a solution. Ladha said that it’s not entirely true that most of the pieces of the technology already existed, since their computer vision algorithms have taken an entirely novel approach.

As background, he explained that 2D computer vision has shown a lot of promise in construction, but has significant difficulty indoors due to low lighting and occlusion. This is a problem because indoors is exactly where construction software needs to recognize objects. 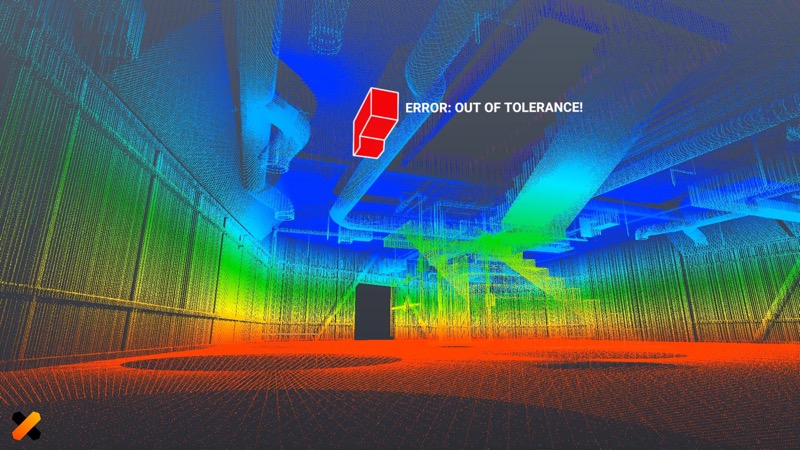 “The technology wasn’t quite there,” added Doxel CTO Robin Singh, who developed the computer vision algorithms at the center of Doxel’s platform. A lot of the solutions you see in construction, he says, rely on “rudimentary 3D” and require too much user input during the intermediate steps of the process. He argues that, since these solutions won’t work on their own, they “will not scale to the extent of reliability that the construction industry really expects.”

Doxel’s answer was to develop its own 3D neural network that could be trained to recognize objects indoors—reliably—with a minimum of training data. Given Doxel’s impressive launch, it looks like that strategy worked.

In its ideal state, Ladha and Singh believe Doxel will be able to perform automated payments to subcontractors based on the AI’s progress reports. It will also be able to perform is automated schedule optimization and planning. “Imagine if artificial intelligence could say, ‘Hey guys, you’re running two days behind in this particular zone, but guess what, I’ve already figured out the new schedule to get you back on track.’ And then a person can say, ‘I approve,’ and the new schedule gets sent to everybody.”

At the end of our talk, I asked Ladha if he had any last points to make. He thought for a second and said, “To summarize everything we’ve discussed, I’d simply say that Doxel is the canary in the coal mine for construction overruns.”

To find out more about Doxel’s service, visit its website here.