For many years, reality capture technology was infamous for its high hardware prices and steep learning curves. Now, things have changed, and a growing number of companies offer solutions that are built on cheap consumer technology and are easy enough for anyone to use.

Cupix, one of these companies, is set to release “an insanely easy way to capture a scene in 3D for a true-to-life virtual experience.” The web-based application is designed to get construction or real estate companies into the reality capture game by offering high ease of use, low start-up costs, and the advanced technology to squeeze every possible feature out of data captured with low-end 360° cameras.

Even if you haven’t heard of Cupix, it’s likely that you know their work. Founder Simon Bae is best known for starting Rapidform and VisPower Technology, and many of the engineers on the project have been designing and building 3D software for upwards of 20 years. Simply put, Cupix has the experience and in-house talent to exploit a number of the latest image processing and 3D data reconstruction technologies. However, as director of sales for North America Scott Anderson explains, that doesn’t mean the app is difficult to use.

Cupix works like this: Walk your site with a camera (usually a 360° camera like the Ricoh Theta S that has been so popular lately) and capture as many photos as necessary to ensure coverage. From there, Anderson says, open up the web-based application your mobile or desktop device, upload your photos, pair them to a floor plan, and submit the data. Now, Cupix uses cloud processing to automatically assemble the photos into a 3D scene.

Try out the web player here:

This automatic processing is fast. For the residential site that Anderson demoed for me, only a few minutes passed before Cupix spat out a 3D tour that we could explore like Google Streetview, or download as a point cloud file.

Anderson also says the automatic processing can reduce user error as compared to solutions that require the user to connect photos to one another manually. Why? The manual process can create an increasingly complex web of associations that is difficult to manage—with Cupix, the software does it all for you.

If you want to verify that the software has done its work properly, Cupix offers an ortho view that lays the 3D data over the floor plan for comparison. If this review reveals islands of data that were stranded from the rest of the set—for instance a room off the main space—the solution offers a tool that makes it trivial to link it all together.

Automatic processing is certainly an important selling point for Cupix, but much of what makes the solution noteworthy comes from its ability to process 360° photography into 3D models.

As Anderson is showing me the 3D tour he just generated, he demonstrates a few methods for ensuring that the data is scaled correctly. He drags a line from the floor to ceiling and then enters the known distance between the two. Cupix then scales the model automatically. He says there are other methods of scaling that you can use depending on your workflow. For instance, you can define a 3D object of known size, or including a 2D printed reference in your capture that will prompt the solution to scale your model without user input.

Another benefit of the 3D tour is that is a real 3D space, and as such offers a persistent view of virtual objects and annotations like text, 3D shapes, and so on. “So as I jump to one of these other locations in the residence,” Anderson says, “the 3D object stays present in the scene. We can add information to the scene so that, no matter what perspective we’re looking at, the 3D object is in the view.” If you are communicating with a client, or talking about progress on a worksite with other stakeholders, he explains, this can be quite valuable and eliminate a lot of frustration. 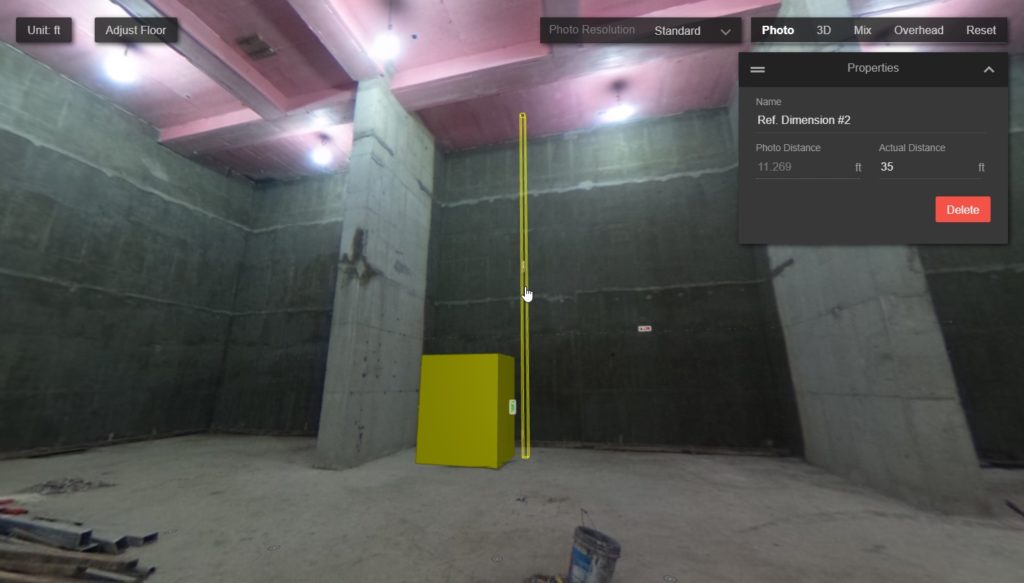 A note on accuracy

While it’s true that Cupix was designed to visualize a space for documentation, record keeping, and communication, Anderson says that the engine enables reasonably accurate measurements too—at 1% to 3% error for the model size. He also says you can improve the accuracy by using sharper cameras like DSLRs.

On the other hand, Anderson says that if you’re looking for exact measurements, you should invest the extra time and money to augment your workflow with laser scanning. 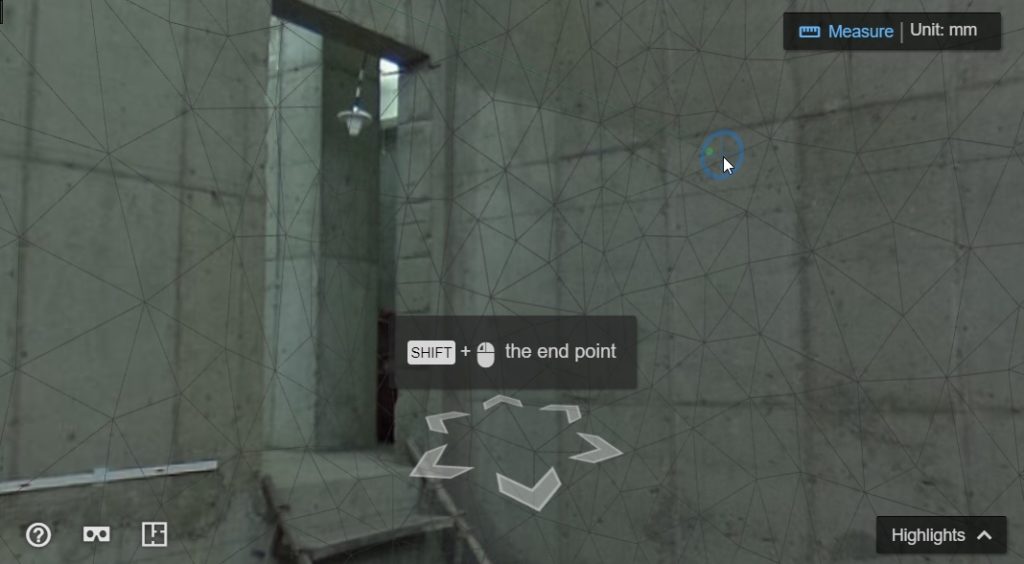 Once you have your tour edited, annotated, and scaled properly, use the Cupix editor to share your 3D tour with customers and stakeholders. You can generate an i-frame code to embed the 3D tour in a website (like you would a youtube video), or create a link to player for sharing by email or chat.

Get an enterprise account, Anderson says, and you get full control over the storage and security settings for the data. That includes the option to store proprietary information on internal servers, archive data as necessary for record-keeping and litigation purposes, and offer controlled access to project stakeholders for viewing and editing.

All of these options helps ensure that the data is secure, owned by the user, and that only the right people have access to the 3D tour.

The virtual objects you add remain in place regardless of your perspective.

What’s on the way: videogrammetry, robots, and more

Given the range of functionality and the thoughtfulness of execution, it may be surprising to learn that Cupix is still in beta testing. For now, Anderson tells me that this imposes a practical limit on site size. The software is optimized for 100,000 square feet, but they expect that number to reach as high as 500,000 square feet by the official release.

Here’s what else is in the works for the upcoming general release:

With all this functionality, it’s hard to argue that Cupix is making good on its promise to use cheap, low-quality capture devices to their full potential. Expected date for the general release is late October to early November.