Creativity and Constructability in AEC – Designing with Intelligence

We’ve explored how AEC professionals balance creative innovation with the technical needs of a given project from multiple perspectives. Doing so has meant trying to determine whether there actually is a dichotomy between creativity and execution as well as detailing how such elements come together to create experiences. Determining the way in which implementation is part of this process has been a critical element of this exploration, and that made it essential to connect with someone who could speak about these details from an engineering perspective. We were lucky enough to connect with an expert from one of the largest construction and civil engineering companies in the United States to do just that.

David Wilson is the Chief Innovation Officer at Bechtel. He’s responsible for both stimulating a culture of innovation within the organization as well as creating a framework to positively disrupt the company’s current processes. These efforts have resulted in the transformation of the value chain for projects of all sizes.

The Importance of Adopting Now

Reports about how inefficient the construction industry is as a whole have been around for some time, and they’re still generating headlines. The adoption of new tools and processes have helped do things like tie the design phase of a project much more closely to the construction phase, enabling positive disruption. That said, the adoption of tools and processes to create this kind of impact is rarely a simple matter, and it’s part of the reason Wilson is focused on accelerating the culture of innovation within Bechtel.

“There are a lot of start-ups that offer point solutions, and it’s a big challenge within construction,” Wilson told AEC Next News. “For many construction companies, including Bechtel, a solution has to integrate to exponentially add value. It must have some ability to accept and share content with other sources, seamlessly. Alternatively, the answer cannot be the adoption of a single enterprise platform that does everything well – no such platform exists. It really has to be about rapidly integrating and deploying a solution into an existing framework or process.”

Challenges with integration are one on the major reasons that so many construction companies are at different points in their digitization process. Those challenges have kept the industry stuck between a truly digital work-process and a document-centric work-process. It has created divides between areas like design and construction that sometimes mean work is duplicated. It’s an effect that negatively impacts productivity and continues to fuel those headlines focused on inefficiencies in the industry.

Organizations like Bechtel have been able to showcase incredible benefits when these processes are positively disrupted, and they’re more easily enabled now due to the ubiquity of mobile devices and tablets. They’re making the promise of digital workflows for construction a reality. The result has allowed the delivery of content in the right form, to the right person, at the right place, and at the right time.

Sorting through these logistics can mean a considerable amount of coordinating legwork, but this legwork has opened up real opportunities impacting the entire value chain. That’s especially true when it comes to what’s happening at the beginning of that value chain.

Incorporating Intelligence at the Beginning

Projects like the Tacoma Narrows Bridge and the Ivanpah Solar Electric Generating System showcase an incredible combination of creativity and technical capabilities, and they’re a great example of the importance associated with when and how these elements need to be balanced. Pushing questions associated with operations, input, sequence and every other logistical consideration all the way forward and connecting them to design means there’s actual intelligence associated with the decisions being made at this beginning stage, which can make all the difference in the world.

“Having that intelligence in design means that we can know how something is going to get grouped or clustered for construction and the start of deliberate value chain sequencing,” Wilson explained. “It means that design is no longer simply issued for construction to figure out. Instead, we have a thread that exists from start to finish to guide a project. Making changes as early in the process as possible can mean eliminating an additional or unnecessary expense down the road, and that’s all due to the integration of scope, cost, and time for effective cross-functional collaboration at the beginning.”

Additionally, this kind of integration can allow different pieces of a project to be worked on and built in parallel. A sub-component of the construction phase could begin while other components unnecessary to that stage are still being designed and instructions still being developed. It allows stakeholders to move onto the next level of construction even if the previous one hasn’t been fully completed, which brings it that much closer to the efficiency associated with a manufacturing practice.

The size and scope of Bechtel’s projects might be reason enough for them to move toward this kind of process, but positive disruption isn’t about destroying everything and hoping something gets built in its place. It’s about strategically identifying where new technology and new methods are going to make an impact, and then measuring how doing so results in safer, better, faster and leaner execution. 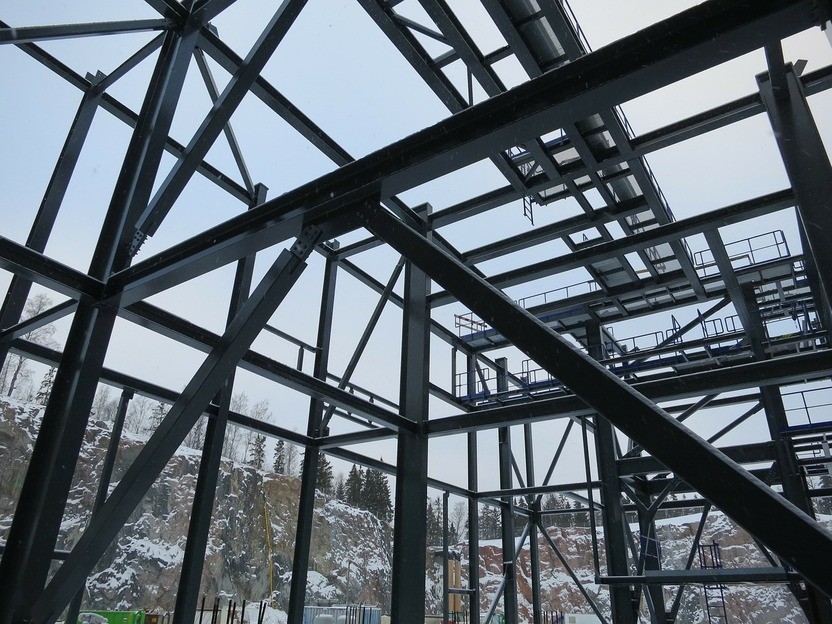 How Can we Measure What it Means to Design with Intelligence?

It’s one thing to talk about what it can mean to have this kind of intelligence in the design phase, but it’s quite another to define the actual differences it can represent. Where and how do companies like Bechtel actually see these distinctions?

“If you’re managing design, buy, and build as divided activities with phase specific performance metrics you’ve taken a myopic view of execution,” Wilson mentioned. “You create scenarios where sub optimization leads to excellent vertical silo performance, but much poorer TIC for a project.”

Data integration allows the engineering team to make decisions that are influenced by things like true construction costs and actual operation costs. Those are real values as opposed to estimates around quantities or design components. All of it is a direct result of these different phases being connected to the value chain horizontally instead of vertically, which has been the traditional model that organizations utilize. Something is designed, it’s handed off to construction, bids come in, and then it gets built.

When everything is not connected in this manner, and that intelligence isn’t in the design phase, at some point along the value chain someone might realize that the cost of building is prohibitively expensive or not feasible. When there isn’t a connection between design and logistics like scheduling, cost, etc. you can end up with something that looks great, but achieving it in the manner that was intended can be a considerable challenge, which is something a client isn’t always ready to work through or pay for. It’s a rare customer that will disregard cost just for design sake.

The barriers that existed in this value chain between design and construction are coming down thanks to a variety of tools and processes that make it easier to give designers access to data and lifecycle intelligence. This is foundational for the next wave of technology, like robotics and 3D printing capabilities, to truly reshape the industry.

The differences that effectively integrating design with intelligence represent are just the beginning. Future developments will mean that such integrations can become that much more powerful, as capabilities associated with machine learning and AR/VR take everything to the next level.

“Right now, there’s a not a lot that can be designed in VR directly for construction,” Wilson said. “The question is how quickly it matures. Can we get to the point where we design a building or project in VR using model objects and libraries interactively, and instantly see the cost and schedule implications? Presently there are some challenges with designing a complete facility in VR, but those are the kinds of things that are rapidly changing and unleashing new capabilities.”

Wilson made sure to specify that these kinds of improvements are about augmentation, not replacement. These are tools that won’t mean the elimination of people, but instead give them the ability to do things like create a more powerful design in a much quicker fashion. Those efforts will result in more projects than can be completed within the industry, and general industry growth – ultimately resulting in more jobs and not less.

Such developments are going to be built on the changes to processes and the adoption of new tools that are happening today. That means it’s more important than ever for organizations to do the legwork associated with positive disruptions. Not making an effort can mean eventually being forced to buy someone else’s solution, which may or may not work in the present, much less the future. Ensuring an organization is on the right side of disruption means getting better at embracing the fact that the processes being used today might not be the same as the processes that make sense tomorrow.

The differences between designing with and without intelligence are considerable, and the additional benefits that this intelligence might soon enable are even more powerful. All of it underscores why the distinctions between creativity and constructability on a given project are becoming less pronounced, and why barriers that do exist need to be resolved sooner rather than later.

Building the Intelligent Cities of the Future