Bringing more stakeholders into the planning and design processes is crucial for AEC projects.

Graphisoft has long been one of the biggest names in BIM software designed for architects and others involved in the planning and design stages of projects. Just last month, they celebrated their 40th anniversary of operation in this space, having been founded back in Budapest in 1982 by Gábor Bojár and the late István Gábor Tari. In celebrating this milestone anniversary, they not only are taking stock of what they’ve been able to accomplish in these four decades of service, but also continuing to develop impressive new offerings, including the newest version of its flagship Archicad product along with BIMx, BIMcloud, and DDScad. These tools can help accomplish a lot of different tasks, but when talking about things like BIMx and BIMcloud, one of the most important functions is the improvement in seamless collaboration.

Collaboration has always been important, but in recent years we are seeing in uptick for buy-in for this concept, as well as additional needs for remote collaboration brought on by the COVID-19 pandemic. Because of that, and with the company celebrating this anniversary, we reached out to Graphisoft Product Marketing Manager Carlos Cordeiro, who was kind enough to speak to us about collaboration in general in the AEC industry, and what the company is doing to address these needs. 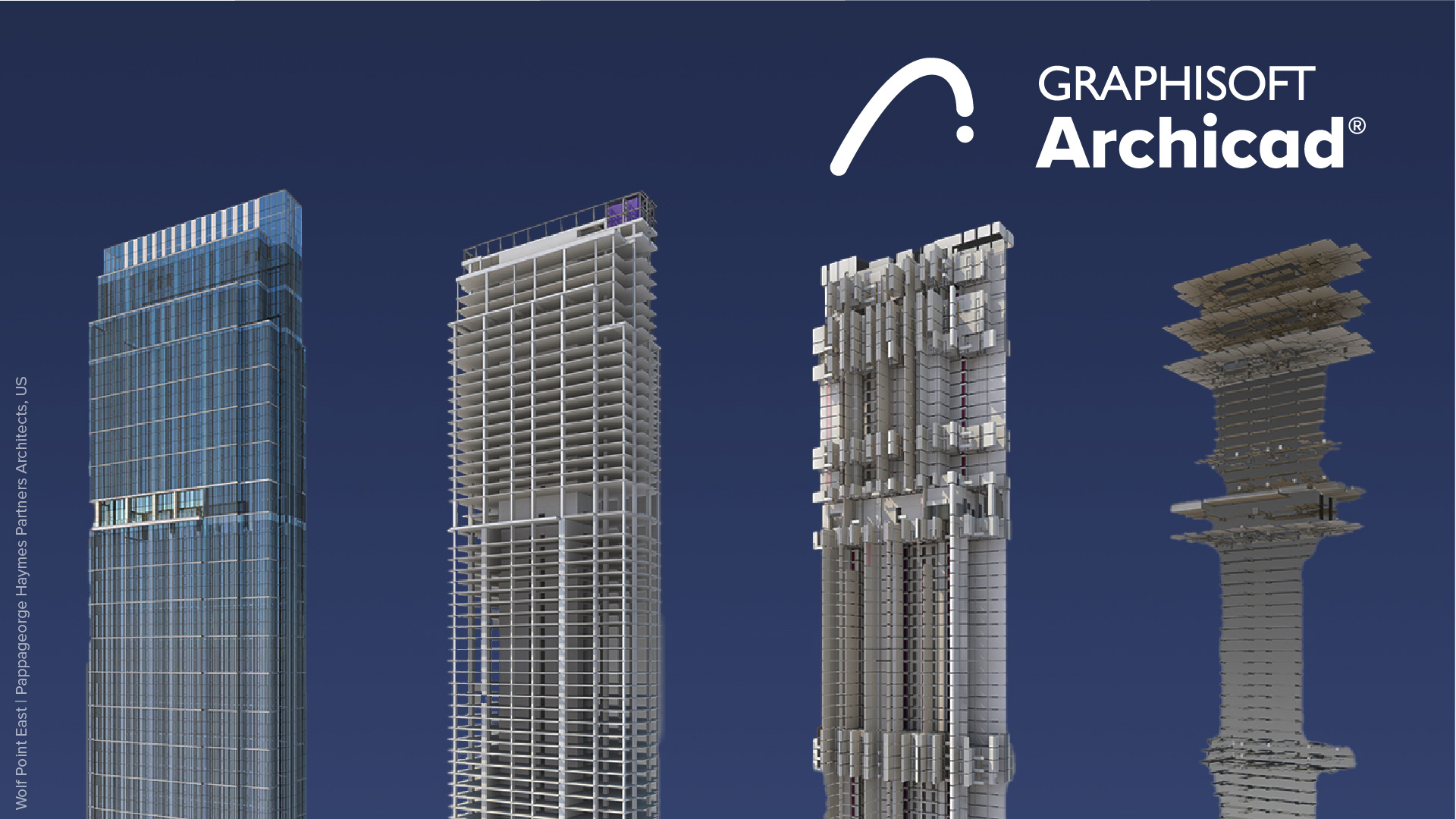 Cordeiro comes to this idea of collaboration with a unique standpoint, having worked at all different levels of construction projects and knowing the needs of many stakeholders involved. As he puts it, he did the reverse AEC path, starting in construction before moving on to engineering and now working on architecture software over his 20-year career. Cordeiro is by trade a structural engineer, which gives him especially good insight into tools like BIMx and BIMcloud, which help bridge the gap and promote collaboration between engineers and architects.

Collaboration seems like a simple thing on its face, simply bringing as many people into the fold as you can for a project, but putting it into practice can often be difficult. When thinking about the concept, Cordeiro likens it to the fire triangle, which illustrates the need for oxygen, heat, and fuel for a fire to ignite. Without any of those three factors, you don’t have a fire. Similarly, Cordeiro says, collaboration needs three legs of a triangle to make it work: People, technology, and processes. You need to know the people you want involved in a project, what they all bring to the table, and what they need to be most successful. You need the best technology to make it work, and while pen and paper has worked in the past and can still work if absolutely necessary, there are certainly better options out there, including what is offered by Graphisoft. And for processes, you need the right workflow.

The benefits of collaboration are widespread and should be fairly obvious, even if organizations remain too siloed in a lot of instances. Cordeiro, naturally, thinks about the necessary collaboration between architects and engineers, and the issues that can arise without working in sync. He points out the example of how things have worked for centuries, in which an architect will design a space to a “certain level of detail,” and then pass it on to the structural engineer. The engineer then may find an issue that ends up clashing with the architect’s idea. Once that is figured out, an MEP engineer may then make another change that leads to more clashes.

All of which is to say: If everyone is working separately, adding and subtracting pieces at every step, necessitating reorders for certain assets, the process is slowed down and inevitably becomes more expensive. It is not the only cause, but it is a major factor in the issues highlighted in the 2016 McKinsey report which indicated the massive number of projects that come in over budget and/or late. Cordeiro points out one customer who implemented Graphisoft’s collaboration workflows and reported a time saving of 30 percent on their design process.

The good news is that we are certainly seeing more and more emphasis on getting different stakeholders involved as early as possible on projects, especially remotely, allowing for work to get done without needing everyone in place at a job site. That, of course, leads to some challenges for a firm like Graphisoft, looking to meet the needs of all their customers. It’s not an easy task, making a product that continues to bring the same level of functionality for architects, while also being usable for other stakeholders, like engineers. They have met this challenge head-on, working to figure out which of the massive amounts of data, for example, in BIMcloud is relevant to which stakeholders. 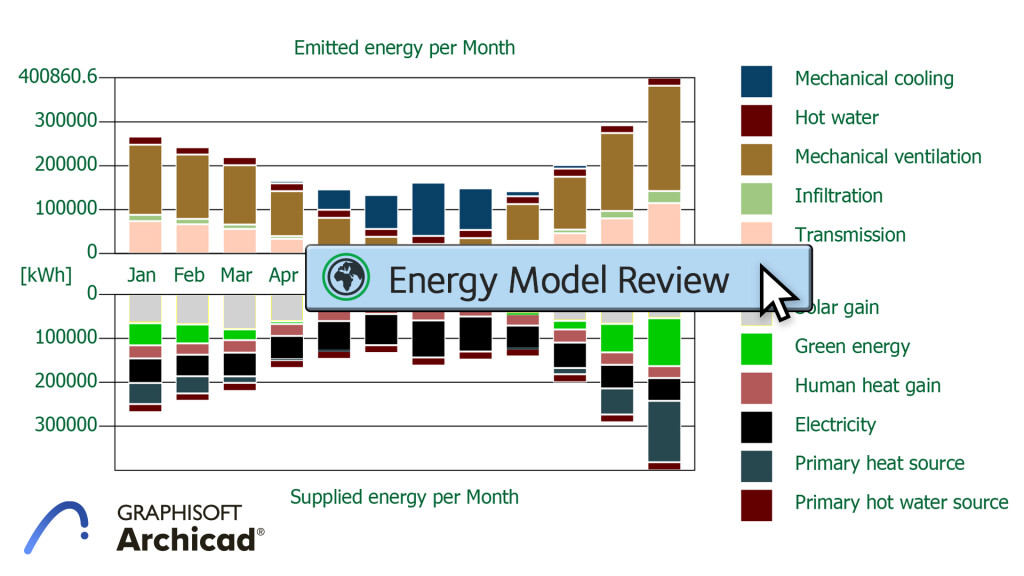 Cordeiro also mentions openness being one of the key values that Graphisoft preaches in their day-to-day. As he puts it, they always want to “give this power of choice,” to the user, speaking specifically about compatibility with other softwares. Cordeiro notes that they are not a “checkbox company,” just looking to mark things off a list. Instead, they are just aiming to deliver value, which at times can be with their own products, but other times can be allowing for use in other applications. Talking about collaboration, this is a big difference maker in which not every company participates. When collaborating between stakeholders, it is inevitable that some will have different software knowledge and preferences than some others. Allowing for as much interoperability between platforms inevitably leads to more fruitful collaboration.

Having celebrated their 40-year anniversary has not slowed Graphisoft down in developing tools to allow for better collaboration. Products like Archicad, BIMcloud, and BIMx continue to enhance this workflow between stakeholders on projects, and they continue making additions to the software, such as the ability to easily track changes within a project on the go to allow for more seamless remote collaboration. As they continue to create new products, with Cordeiro noting that one theme that will continue coming up is helping meet sustainability goals for buildings, collaboration figures to be at the center of a lot of it for more years to come.