NYC-based startup Carmera is primarily focused on the autonomous vehicle market, but its clever new business model is set to have big effects on the wider commercial 3D tech market. The company promises to “do for roads what googlebot did for the web” by providing regularly updated, accurate, indexed 3D data for autonomous vehicles, but also architects, city planners, construction companies, and really any “other built environment planners” you can name.

Carmera wants to liberate and democratize 3D city data by oferring you the pre-processed 3D city data you need, on-demand, and potentially at a huge cost savings over gathering it yourself. 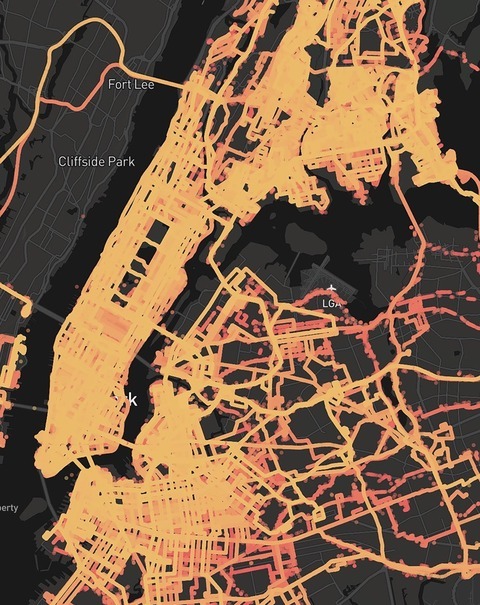 As CEO and co-founder Ro Gupta explained to SPAR3D, Carmera was founded to help vehicles get the 3D mapping data they require to operate at full autonomy. Even in 2017 that mapping data is surprisingly hard to come by, since it’s either non-existent, not good enough (HERE), or locked in a closed platform (Google).

Carmera’s strategy for gathering this data is two pronged. First, the company deploys its own mapping vehicles equipped with high-definition lidar sensors and spherical cameras. The second prong is the clever part: Carmera is partnering with national fleets of commercial vehicles to deploy its sensors on those vehicles as well. Using this model, the company gets access to mobile mapping platforms that cover an incredible amount of ground in cities every day, meaning a much faster data refresh rate. (In return, these fleet companies gain access to analytics derived from the sensor data).

From there, Carmera pumps the capture data into their data fusion and machine-vision pipelines. Gupta says this allows the company to “purge sensitive data like faces and license plates” and “create a high accuracy 3D index of city streetscapes that are refreshed constantly — most on a weekly or monthly basis, major roads every day.” 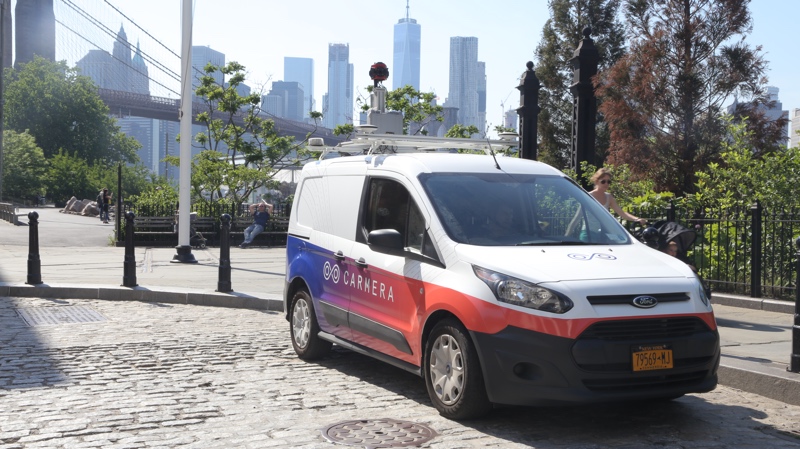 One of Carmera’s mapping vehicles

Carmera’s flagship solution is Carmera Autonomous Map, which focuses on supplying autonomous vehicles with real-time 3D maps. These data sets include dimensional models accurate to the centimeter, lane-level routing data, a feed of events such as closures, and extracted roadway features like roadbed, curbs, sidewalks, facades, poles, and clearances.

Here’s where commercial 3D users come in. Carmera has also announced a solution called Site Intelligence that makes this indexed and modeled 3D mapping data available, on-demand, to anyone who needs it. The company’s customers already include real-estate brokers, engineers, and architects, but Gupta told me it will appeal to any “built-environment planners who need accurate, up-to-date spatial data and location analytics instantly, versus having to do repeated site visits or commission slow, expensive surveys.”

A Carmera point cloud of a road.

Not Everything to Everyone

It’s important to note that the company recognizes Site Intelligence isn’t a golden bullet for all your 3D data capture needs. “We don’t claim to replace full surveys,” Gupta says, “as our reality capture data is mapping grade.”

He also notes that, though the data in Site Intellgience covers “quite a few stories up,” the company “doesn’t aim to capture entire buildings, as aerial sensing already does that well, and it’s the info at street-level that is hardest to get and most critical.”

In other words, that old saying holds true: it’s another powerful tool in the toolbox.

It’s easy to imagine applications for this data for visualizing civil infrastructure projects in situ, but I wasn’t sure how the Carmera data could be used in AEC. Gupta offered the example of an architect submitting a proposal for a new building in New York City.

This architect, he says, needs to have a good starting point for understanding the design possibilities for the building, and she also needs to iterate her design quickly and cheaply. “Regardless of whether she is local or in another city, she can go directly to carmera.com and download fresh, centimeter-accurate, colorized 3D point cloud and spherical imagery for the relevant street segment or segments of the project instead of trying to guess with old, 2D google data, or waiting days or weeks for a first or third-party site visit.”

A Carmera point cloud of the West Village, NYC.

Gupta says she can also port the 3D data into ReCap. There, she can take measurements and explore details that would be left off of a civil engineer’s report, like the width of a window in the neighbor’s building, or the height of a tree that could potentially block a view.

Lastly, she can view the spherical images to gain a better understanding of the building’s environment, and then pull the 3D data into Revit and develop her project in context. “The context can be used to develop a coherent design intent,” Gupta says, “as well as adding life and reality to her orthographic, axonometric, and 3D perspective drawings.”

Site Intelligence has a lot more on the way. Gupta says that it will soon offer city-wide pedestrian foot-traffic analytics, with more analytics forthcoming for infrastructure monitoring, change detection, simulation, and economic & property value predictions, among others.

“We want to crawl and index rich, street-level intelligence almost like a modern webcrawler,” Gupta says. “That is, the data will be efficient, accurate, fresh, available to anyone, and opening up all kinds of use cases we haven’t even imagined—but continuing to focus on our north start of serving ubiquitous autonomous mobility, which is a ways off but seems less ‘pie in the sky’ every day.”