Last week, Carbomap announced the successful test of a RIEGL VUX-1LR laser scanner on a fixed-wing, long-range UAV. In an official statement, the company says that this is “likely the first time that such a high-performance scanner has ever flown on a fixed-wing UAV with such an advanced specification for long duration (8 hrs) and long duration (1,000 km).”

Why is this a big deal? Carbomap says that the system–named Forest-Lux, or F-Lux for short–will “greatly increase worldwide accessibility to high quality laser scanning.”

Though airborne lidar offers crucial data for applications like mapping infrastructure, conducting forest inventory, and determining flood risk in river basins, the high cost and significant processing demands of the technology make it inaccessible for most developing nations. The F-Lux, on the other hand, is intended to be “a system that can be a local asset, under local stakeholder control, and be operated at an affordable price in any country in the world.” 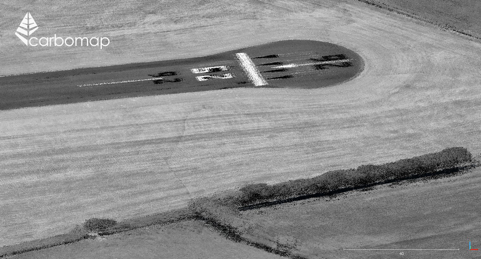 Digging deeper into the technical details: The F-Lux system mounts the RIEGL sensor on UAVE’s Prion Mk3 drone, which has a wingspan of 4 meters, a range of 1,000 km, and an onboard autopilot that enables flight beyond visual line of sight. This combination of features enables the system to cover up to 800 square kilometers in a day. As a result, Carbomap says, it significantly reduces the cost of mapping per hectare as compared to other solutions.

To reduce the difficulty of processing the data, Carbomap packages F-Lux with “solution-focused software” called instant-Omega. According to the company, instant-Omega can “achieve real-time processing and metrics production,” which means that users will have access to their data on the cloud immediately on returning to the office.

In other words, the system offers everything a developing nation could need to perform forest modeling and flood-risk mapping. 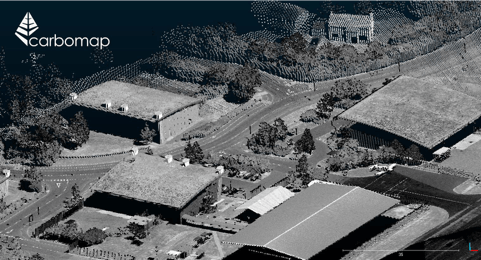 It should be no surprise that Carbomap hopes to get the F-Lux to every forested nation in the world (or, as they put it, the 143 countries that have more than 10% forest cover).

However, the company notes that the system can be used for a lot more than forest mapping, and as such will offer its users the opportunity to perform a variety of applications including mapping powerlines, roads and rail. Since the system can be deployed quickly, it’s also ideal for user in post-disaster applications to gather the vital data needed for response efforts.