Capturing Reality is a photogrammetry software development house. Its flagship product is RealityCapture, a general-purpose fully-featured photogrammetry software for creating virtual reality scenes, textured 3D meshes, orthographic projections and much more from images and/or laser scans. The software is used in a variety of industries such as surveying, construction, Visual effects (VFX), gaming, full-body scanning, and medicine. Use cases include industrial inspection, creation of 3D maps, creating game assets and digital doubles, digital preservation of historical sites. The company developed everything from matrix multiplication to Structure from Motion (SfM) and Multi-view Stereo (MVS) in-house from scratch; proprietary algorithms enable users can obtain accurate and detailed 3D models and maps quickly.

What’s interesting about the software is its PPI (pay-per-input) licensing model. Whereas traditional licensing models give users the right to use the software on a single machine only, the PPI model bounds the software to the user’s images: for each image, a license is bought. After licensing all images in a project, the software is unlocked for export. This is possible because only fingerprints of images are stored on Capturing Reality’s servers, which also guarantees full privacy. 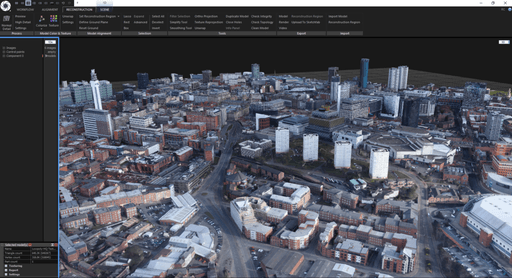 Users of RealityCapture only pay for the results: anyone can download the software from the company’s website for free and use all the features that it has to offer, including a command-line interface (CLI), laser scans processing, geo-referencing and more. The processing, browsing for results, saving and loading projects are also free. Obtaining licenses for the specific dataset has various advantages. For example, they can be saved or copied to another computer. This makes it possible to give the licensed images to a subcontractor or students quickly and without any additional costs.

Because users are not bounded to a pc anymore using the PPI model, it makes for an ideal cloud or edge computing use case. Capturing Reality customers are now starting to use it in the cloud through AWS virtual machines. The PPI version of RealityCapture also includes scripting functionality, so that users with scripting skills can build their cloud processing server. An in-house developed cloud processing service is currently not available. 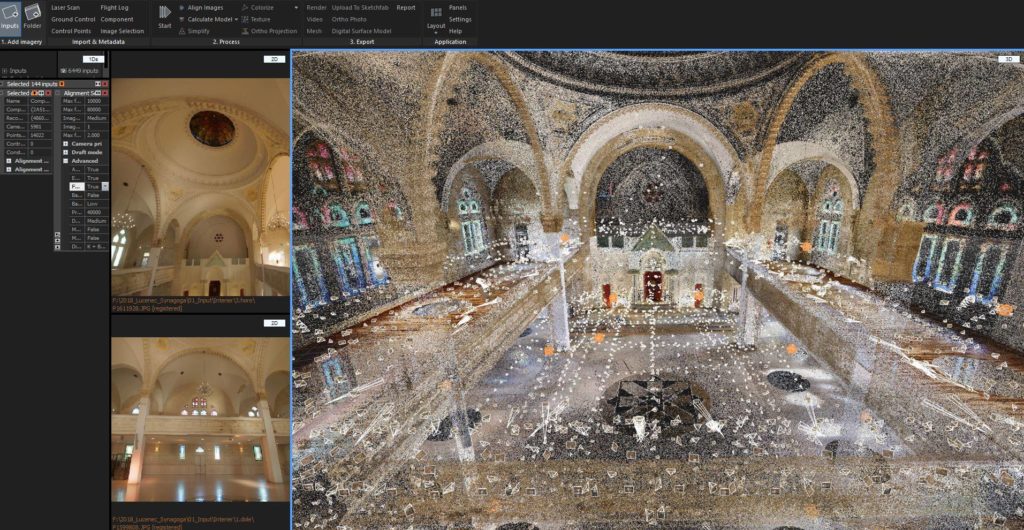 For large projects, the PPI model makes a great use case for edge processing as large datasets can be processed on multiple PC’s for the same price. However, edge processing is not implemented directly into the RealityCapture software yet. Therefore, a solution for more experienced scripting users is to use command-line interface scripting and distribute work to multiple computers. One of the characteristics of the software is its speed, which makes a cloud solution unnecessary: processing an average-size dataset to production quality on a desktop computer is usually faster than uploading and downloading data from the cloud.

RealityCapture is used extensively in the drone industry for acquiring aerial imagery. This can be done with a separate workflow that uses on-site, offline processing. The data acquisition workflow consists of flying the drone, downloading the imagery and starting another flight. Next, the imagery is added to RealityCapture using the software’s Map Wizard to visualize the first results. Data inspection is ready after the second drone flight, after which more data can be added when necessary. 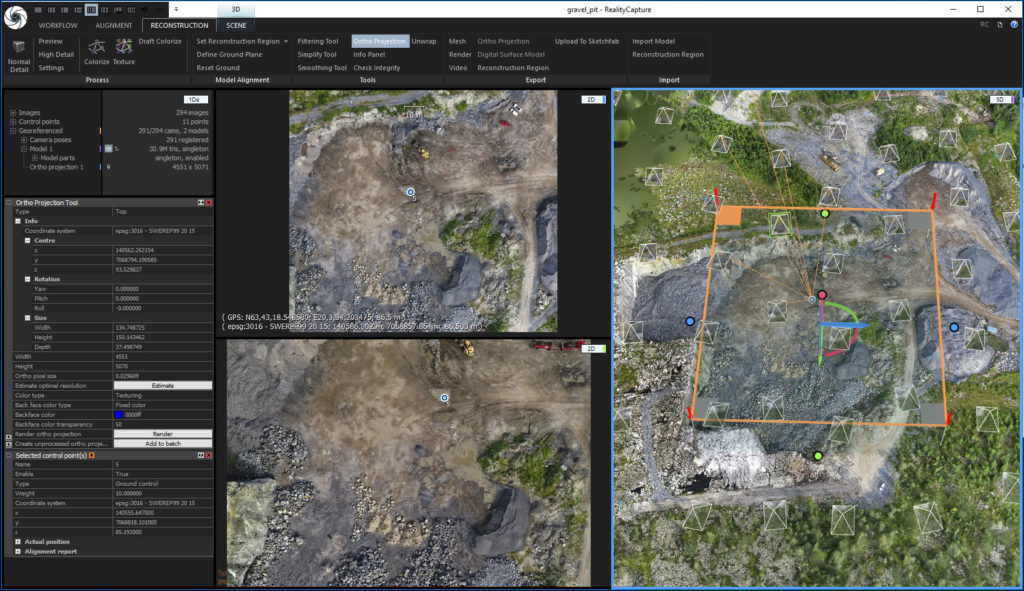 Even with as few as a hundred images, a standard gaming laptop with an Nvidia graphics card field enables generating alignment, a textured model and an ortho/DSM in preview quality within minutes. Ground control points serve for geo-referencing the scene. After alignment is done, a sparse point cloud is generated, that can be checked for any missing parts, ensuring a return to the office with a complete dataset.

The textured model computation part is GPU- and CPU-dependent and runs out-of-core. This means a user is not limited by RAM and only needs to have enough free space on a Hard Disk Drive, which enables the processing of large models on a standard gaming computer. The textured mesh enables the creation of ortho projections and DSM. A one-button solution, called Map Wizard, generates 3D maps and map reports.