‘Can you help us densify our point cloud?’

SOPHIA ANTIPOLIS, France – With some time to reflect on the company’s recent experience at SPAR International, Pascal Martinez, VP of sales and marketing at photogrammetry-based software firm Acute3D, said he saw a lot of eyes opened:

“People had the idea that photogrammetry is a bit behind lidar accuracy and capability,” he said, “but that’s not really the case. It’s been evolving a lot over the past years.”

Really? Photogrammetry can get the same accuracy as laser scanning?

Martinez hedges a little. “Accuracy of the 3D model is correlated with the resolution of the pictures,” he said, “so it really depends on what you’re looking at … But that’s the same with lidar. If you’re talking about airborne lidar, you have accurate points, but it’s linked very much to the density of the point cloud, and that’s correlated to how fast you’re going – or how slow, I should say.”

Further, he said putting photogrammetry head to head with lidar sort of misses the point and is the wrong question. “The question we’ve been getting,” he said, “is, ‘Can you help us densify our point cloud?’ They understand that even if our points aren’t as accurate as theirs, they are more dense, so we can provide more details on the 3D model extracted from the pictures.”

“Of course,” he continued, “each point of the lidar is much more accurate than what we can provide for a point, but the global model, the global accuracy, can be much higher in our models because we provide something that people can understand and start measuring on the fly. For the lidar guys, they need some post processing, they need to mesh the point cloud, they need to apply some texture, they need a camera, and so on. So, there is a local accuracy, which is the exact position of each dot. Then there is the global accuracy, which takes into account the density and number of the dots and the mesh.”

There is a constant calculation that needs to be made by end users of the data that’s going to be collected. It looks something like this: Accuracy I Need x Speed at which I’d Like to Get the Deliverable x How I’m Going to Use the Data and Who’s Going to Work With It = The Collection Method I Should Go With.

Martinez said an application that makes particular sense for Acute3D’s technology (the technology engine behind 123D Catch, by the way) is quickly creating a 3D model of a city. Within no more than a few days after flying over the city and taking photographs, Acute3D can deliver a 3D model with accuracy in the centimeters. While “a good advantage of lidar is that all the points on the same surface will be on the same plane, while in our case there’s some inaccuracy from the software so there might be some bumpy shifts in the surface,” this is something that can be reworked afterward and is a trade-off for the rapidly delivered model.

Acute3D currently exports a proprietary format, which is ready for web distribution, and .obj files, which can be brought into programs like Maya, where the model can be worked on for applications like gaming and film, or simply to close any holes in the imagery.

Will it become commonplace for cities to ask architects to place their proposed building into the centrally held 3D model to show how it would look after construction? Will every city’s planning department have a centrally held and web accessible 3D model that will be linked to a tax and real estate-value database so that the public can visually navigate the city and get that information by simply clicking on a building?

Here are some examples of what Acute3D has done with photos gathered above the city of Paris with InterAtlas. The company essentially did the entire city model in four days at 8 cm resolution using just four $1500 off-the-shelf computers with pre-installed graphics cards. 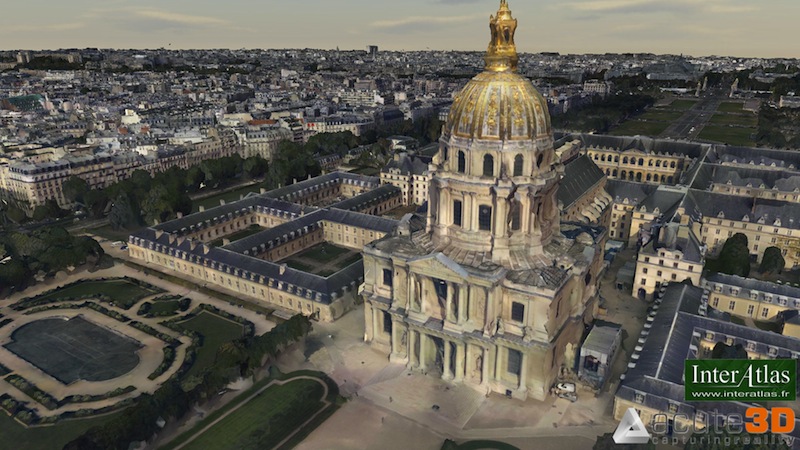 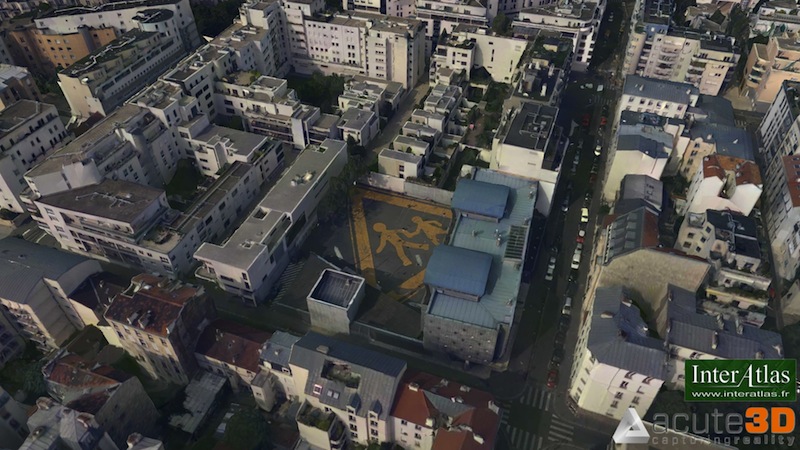 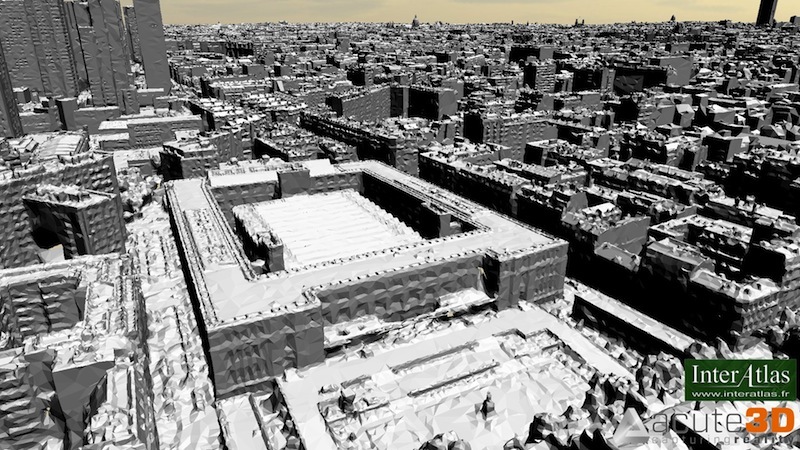 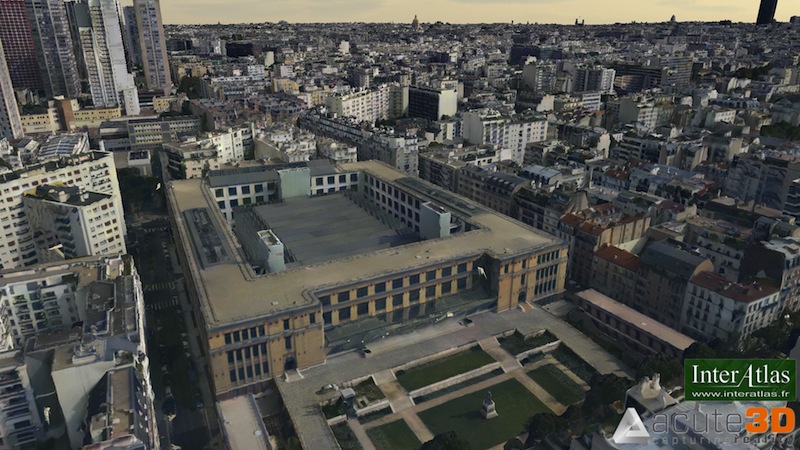 The company’s business model is still taking shape. Acute3D does sell a software package, but it’s customized for every customer, and there’s no off-the-shelf offering. “That’s very important to us,” Martinez said. “We want the software to be fully automated, so it seamlessly works with the expectations of the customers. We adapt it to the input data and the export that the people want to work with.”

Acute3D might also be interested in modeling complete cities on their own and reselling those models in various ways.

If you’re a service provider looking to partner with Acute3D, Martinez recommends identifying a project that can serve as proof of concept going forward. “Every time we start with a project,” Martinez said, “it serves as validation of the software as well.”

“We are having promising exchanges with the lidar guys, themselves,” Martinze said, emphasizing that photogrammetry vs. lidar isn’t an either/or proposition. “We’re looking for partners to investigate promising new applications of our technology. There are advantages to what they are doing and the same for us in other applications, and we have some very real cooperation opportunities, making the most of what we’re doing with our point cloud, using it to densify, or using the lidar to reposition our 3D model.

“We’re looking forward to having new customers evaluating the software, and I think doing a project is a good first step.”

At least one place where photogrammetry is replacing lidar