We know that autonomous vehicles will need lidar sensors to gather data about their immediate environments. (Only Elon Musk, ever the controversial figure, disagrees). What we can’t seem to figure out is exactly what kind of lidar sensors will rise to the top of the heap. We are witnessing a proliferation of companies offering novel lidar solutions, each offering some permutation that makes it stand out, in hopes that this difference will grant them the competitive advantage to capture the huge automotive lidar market.

The latest such solution comes from Australia’s Baraja, and it’s certainly unique. For one, it can sense objects with 10% reflectivity (like a person on a dark street) from up to 240 meters. But specs aren’t really the big story here.

It uses prisms to steer the laser

Wired published a good explanation of the technology. The sensor system shoots a single laser through a “prism-like material” that refracts it at an angle corresponding to its wavelength. This means that Baraja can alter the wavelength of the laser, and thus determine the direction of the laser. (For some bewildering reason, an editor at Wired described this technique as using “rainbow physics,” which I assume is just a fancy name for “optics.”)

But, it also relies on mechanical parts

Not everything is sunshine and roses. Evidently the prism-steering system is only capable of moving the laser along a vertical plane. The lidar still needs a so-called “mechanical aid” to move the laser left or right. 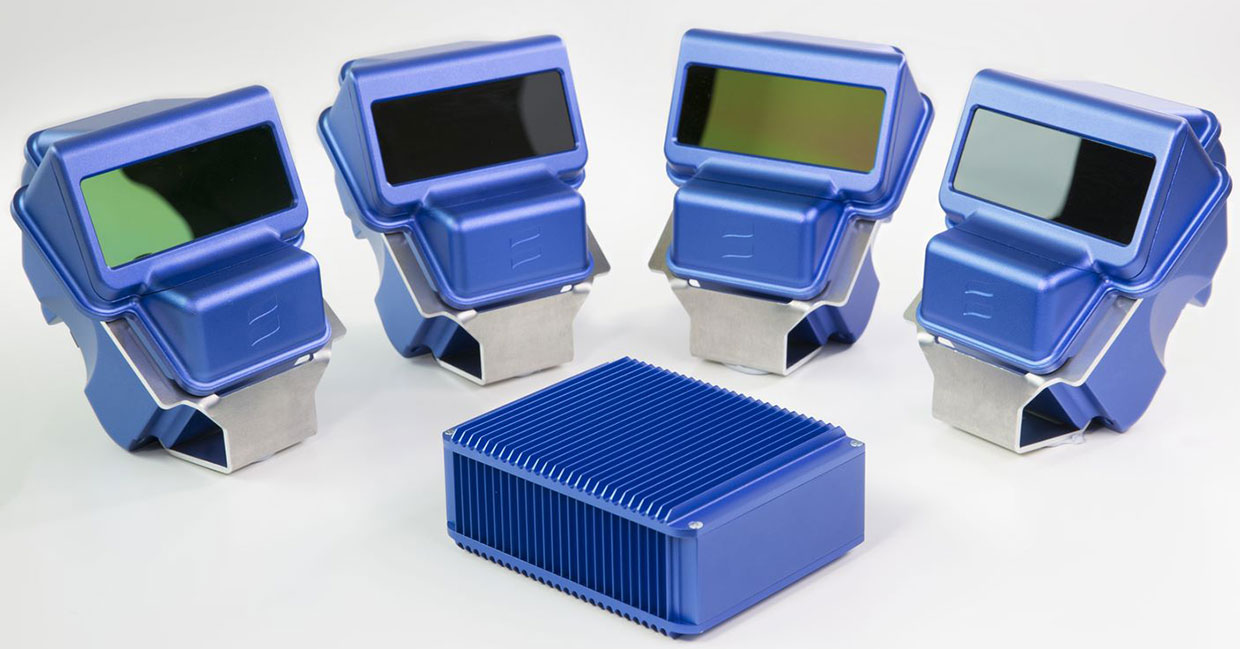 The system is modular

A secondary benefit of this method is that enables a modular setup. More precisely, the laser is generated by a unit somewhere in the guts of the car, and then passed via fiber optic cables to prisms, or “eyes,” attached to the car at various points. This solution is cheaper than installing multiple full-function lidar sensors, and cheaper to fix should one the eyes get knocked out of place by an errant baseball or unfortunate accident. It also seems like it should be more scalable, but the literature doesn’t say how many prisms a single laser unit can handle.

It’s made of off-the-shelf components

Baraja strongly suggests that the system is composed of zero proprietary components, instead opting for off-the-shelf products like the “optical-grade silica-glass found in every smartphone camera and telecom-grade lasers that power the internet.”

That brings another cost benefit. Components (like the silica-glass) are already manufactured at scale for consumer devices, and so that reduces the price of making Baraja’s lidar even further.

For more information on this lidar, see Baraja’s site here.

A higher class of UAV lidar