The pandemic presented an opportunity to capture aerial imagery and lidar data without pedestrian or vehicular traffic in Venice Beach, CA, which formed the basis for colorized point cloud.

Venice Beach is a world-famous location, and also an excellent site to demonstrate mapping data of a combination of buildings, streets and shoreline. It also presents challenges from a data acquisition standpoint as it is generally crowded with vehicles, tourists and other local traffic.  GEO1, a California-based airborne data acquisition company that provides imagery and LiDAR, wanted to capitalize on the opportunity that COVID-19 restrictions provided to capture data without a minimum amount of pedestrians or cars on the road.

There were several objectives for the project. The first was to register the imagery with the lidar, which was pre-processed and controlled using GCPs. This was key to ensure that the photos were correctly aligned with the lidar data.  The second was to generate orthophotos and to create a seamless / color-balanced mosaic. The third objective was to use the imagery to colorize the lidar point cloud. The mosaic had to be generated at 0.15 ft horizontal resolution and the point cloud to show a point density of 250 points per square meter.

Lidar was desired in this project to provide a high-density / high-accuracy point cloud of that urban area. Colorization of the point cloud was to be used in improving classification, possibly using AI. The use of both a lidar sensor and a camera, combined with the capability to co-register them, led to the best of both worlds.

The challenge was to collect the data during the COVID -19 lockdown in Southern California. With a short acquisition window due to the desire for a dataset as pedestrian free as possible, GEO1 had to coordinate and capture data rapidly.  Once collected, processing was done in a matter of days to create the desired outputs.

Flying in a Bell 206 helicopter, GEO1 captured high resolution data of the beach using the Phase One iXM-RS150F camera along with a Riegl VQ480II LiDAR sensor. A dual collect was necessary to capture both imagery and lidar. This enabled point cloud colorization. The use of a large-format metric camera such as the Phase One facilitated the photogrammetry. The aerial triangulation process to refine the position/orientation associated with each image led to residual errors of less than half a pixel, which ensured high-quality and accurate mapping products.

The team was able to efficiently acquire data despite logistical challenges of the project area, which is adjacent to Los Angeles International Airport. LAX and the surrounding area is one of the most heavily trafficked airspaces in the world. It took patience, knowledge of the area, and a good relationship with air traffic control (ATC) to gain access to such airspace.

Flying missions where you are basically loitering in a small area near active runways always present challenges for ATC. A data collector wants to minimize your time on-site and complete your mission under optimal conditions with no breaks. Sometimes this does not work for ATC, which may require exiting the area at any given time for an extended period of time.

Fortunately, due the pandemic, air traffic at LAX was minimal allowing for an efficient airborne data collection. GEO1 partnered with CompassData who provided survey support and control for the project. CompassData went over and above during the height of the pandemic to deliver critical Ground Control points. Also, the project was done to demonstrate their joint capabilities to produce accurate geospatial data in a timely manner using SimActive’s Correlator3D photogrammetry software.

Correlator3D allows processing images collected by drones, satellites, and aircraft. The point cloud was first imported into the software as an intensity image and resampled as a DSM. Aerial triangulation was then performed on the RGB imagery. 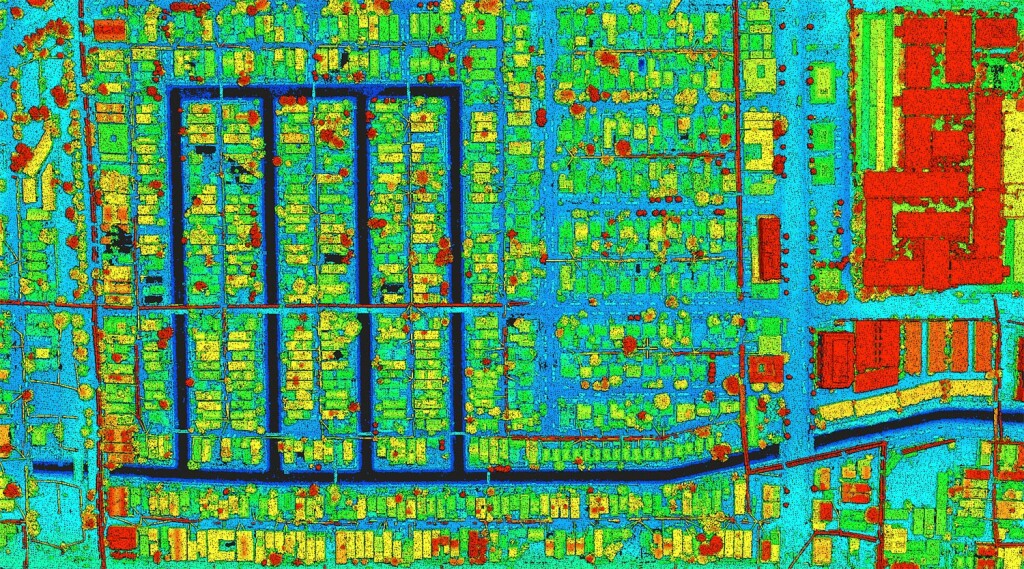 To assist in the accuracy, additional photo identifiable control was transferred from the lidar intensity image and DSM. The process involved selecting a photo identifiable point in the intensity image and then tagging that same point in the RGB imagery. Once all points were measured, the final bundle adjustment was executed to constrain the imagery, followed by orthorectification and creation of an overall color-balanced mosaic. The final mosaic was finally used to colorize the original lidar and output as a las file. 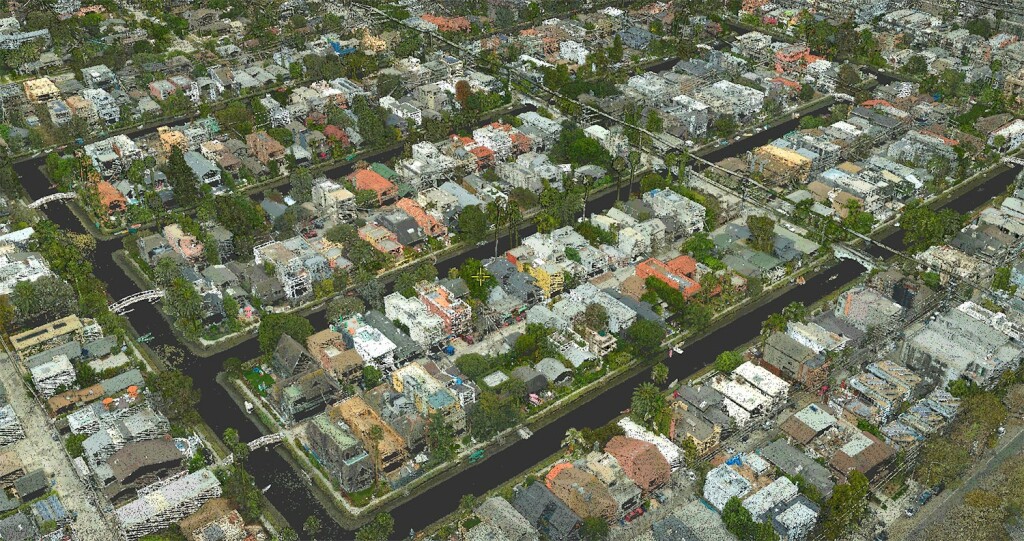 Is lidar the keystone to advance smart buildings and cities?