Convergence. AEC design thinker Randy Deutsch defines it as “two or more things coming together, joining together, or evolving into one.” In his book, Deutsch uses this idea to explore the forces and technological combinations propelling the AEC industry forward. The idea, of course, is just as helpful for understanding the development of the 3D tech industry, and it certainly explains a new software solution called Design Space.

Put simply: Design Space is a cloud-based service that allows users to automatically convert and load different kinds of 3D data—CAD, BIM, point clouds, photogrammetric models—into a Unity-based virtual reality environment. Once these various kinds of 3D data are loaded, the user can access tools to design buildings, machines, factories, mining structures, and a whole range of projects. That’s not all, either, as the cloud service enables people from different locations to enter the same virtual environment easily, meaning that a number of stakeholders with different areas of expertise can participate in the design process. When it’s all done, the user can easily export the design from Design Space to a program like Navisworks or their original design software.

I caught up with 3D Talo, the young Finnish company that makes Design Space, for more information about their integration of point clouds, how the program works, and what you can expect from it in the future. 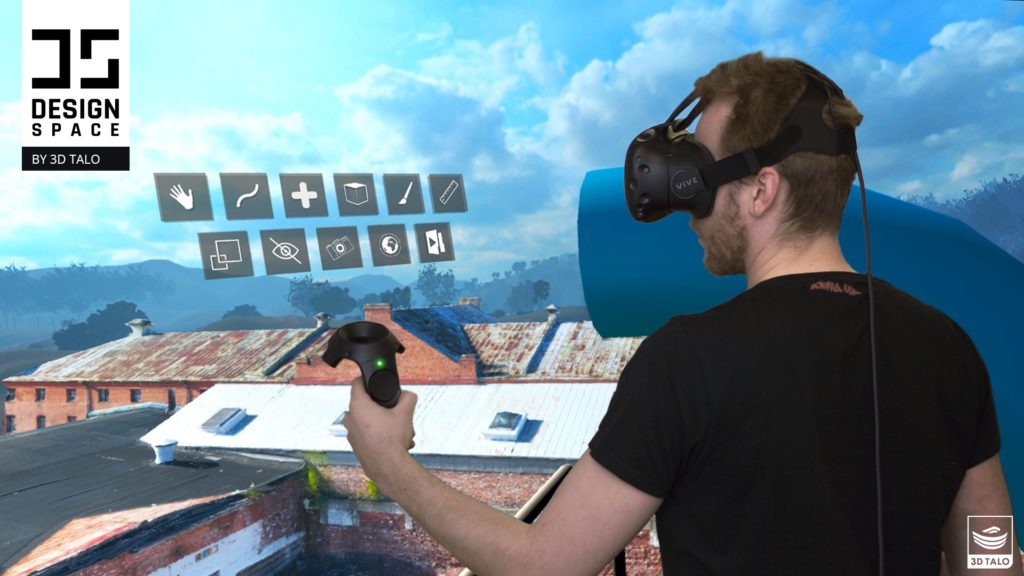 Point clouds in VR, in real-time

3D Talo is, itself, an example of convergence. The company combines an engineering company, design company, software company, and a game company under one roof. (“Talo” is Finnish for “house.”)

Sandor Nagy, one of the founders of the engineering company now under 3D Talo, was responsible for bringing point clouds into Design Space alongside the more expected 3D data types for CAD and BIM. He believes combining these data types in a single design environment is the best way to maximize their value. 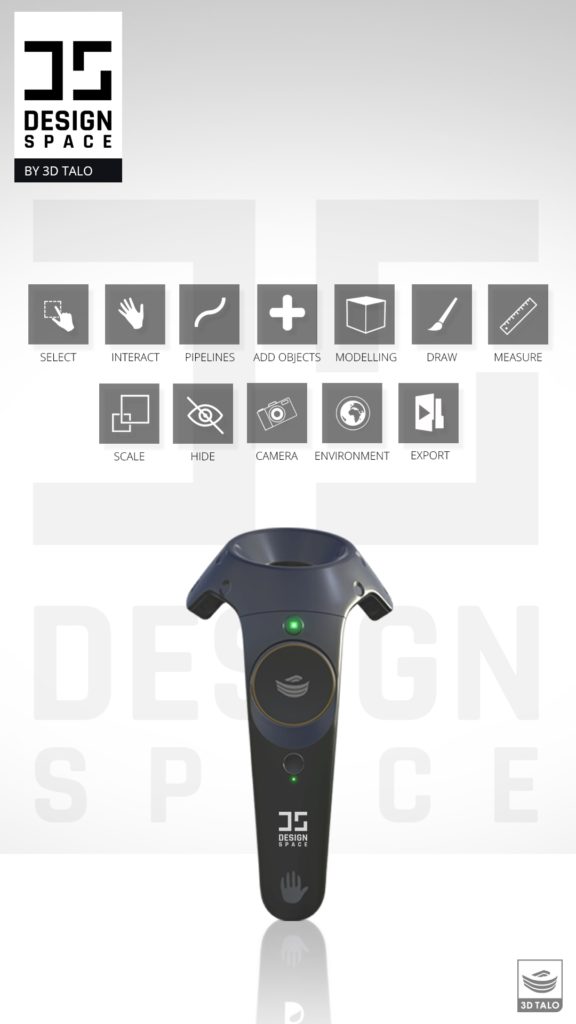 “I’m a mechanical engineer who was working for a few years doing design mainly in chemical industry plants, where I started doing this laser scanning to see how it can help me in the design process,” he told SPAR 3D. “I think lots of times the raw data, which holds most of the information, is not used very well in the industry. When people get a point cloud, they will model it and lots of information is lost.”

Design Space eliminates the middle modeling step and bringing the point cloud directly into your VR environment as a background for your design, right alongside the rest of your 3D data. “Every point is like an object,” Nagy says, “so you can take measurements and see points of collision.”

Currently, the point cloud functionality is still in progress, but it’s already returning more than adequate results. 3D Talo tells me that Design Space can already handle 100 million points by using the VR trick of rendering only the points within the user’s field of view. “We can unload and load point clouds in real time,” Nagy says, “so it’s like we are trying to achieve the unlimited point cloud.”

A convergence of talents

By now, it should be clear that one of 3D Talo’s greatest assets is its wide the wide spread of skill sets in the company. By bringing industrial designers and engineers together with software and game developers, the company aims to make a software solution that is unusually flexible in its application—from architectural design to vehicle design.

Furthermore, since 3D Talo employs both users and creators of 3D technology, they have in-house field testers who can help troubleshoot problems and speed up the development of the software. They can also ensure that the software does exactly what it needs to.

“We have the industrial designers using the software,” Nagy explains, “so they can see how that benefits them when they are designing a machine or something like that. Also, as mechanical engineers, we are designing conveyors and so on. We can use Design Space to help ourselves, so that way we are not designing software that’s not helpful. So, we try to make something that is also beneficial for ourselves.” 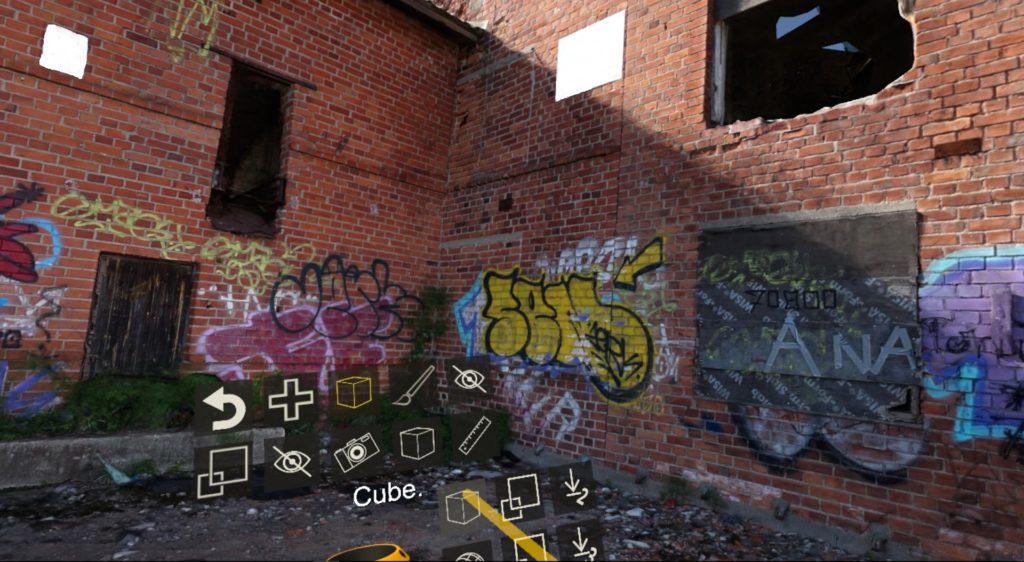 CEO Iiro Naamanka says the company has set its goals on making something entirely new, and that takes time. “Many companies are doing business without Design Space,” he said, “so we’re creating some very new tools for designers. It’s not easy. We’re not making the old design tools useless.”

In the future, 3D Talo thinks Design Space could become something unlike anything on the market. The team members I spoke to explained that they’d like to try adding AR capability, as well as tools for generating piping and ISO drawings automatically. But that’s the least of their ambitions, as they told me they’d like to include an AI helper and voice command capabilities in a future release.

At the end of our talk, Naamanka told me about one more ambition: To let users pull in publicly available 3D mapping data for design context. For instance, Finland’s National Land Survey already offers free aerial point clouds at fairly high accuracy, with plans to cover the whole of Finland by 2020, and 3D Talo is looking to put this data to use within Design Space.The company is also keeping its eye on the 3D mapping data that they expect will be gathered by Google. “They’re probably going to 3D map the whole world someday,” Naamanka says, and if the data is accurate enough, he says maybe you’ll be able to use that in your VR design environment in the future.

For now, the software is in beta testing, with a few larger organizations already trying it out (for, instance machinery companies like Ponsse, Junttan, and Normet). If you’re interested in beta testing, 3D Talo is still looking for more testers, so get in touch through the website if you’re interested. However, most of you will need to wait until spring in 2018, when 3D Talo hopes to make the software available for purchase.

Live from the World Summit on Digital Built Environments

Live from the World Summit on Digital Built Environments