What's New with 3D Tech in the Geospatial Industry

1 – There was No New Disruptive Technology

Recent iterations of ILMF have seen the rise of new technologies like the UAV, single-photon (SPL), and Geiger-mode lidar (GML). 2017 was different. As president of ASPRS Charles Toth noted during an advisory board session, we saw no great “leap forward” in technology.

Instead we saw hardware manufacturers honing their technology and improving on it incrementally. As an example, Toth cited the proliferation of UAS with more GPS sensors, but it’s easy to see the same trend in single-photon and Geiger-mode lidar. This year I saw evidence that the manufacturers of these technologies are working with customers to understand their requirements, and tweak the technology solutions to meet those requirements. That means, even without a revolutionary new product, the industry is still improving the quality of its data. 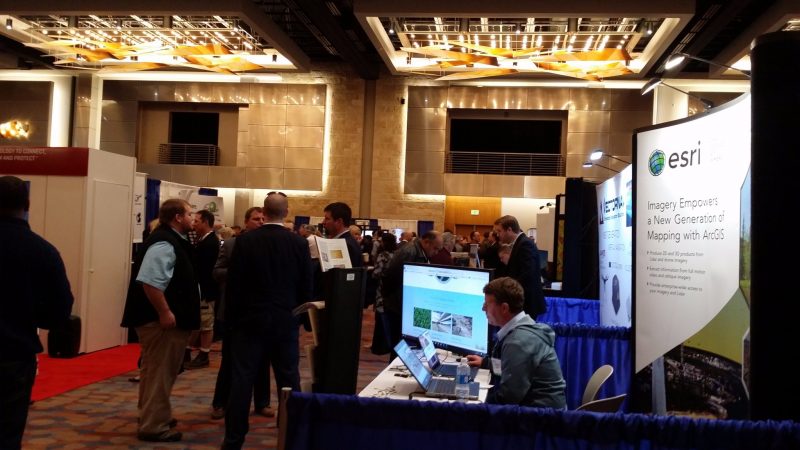 A number of customers and advisory board members noted the need for better data processing within the geospatial industry. It’s an old argument, but it’s maybe more crucial now than ever–with the advent of SPL and GML, not to mention the proliferation of UAVs, the industry is being faced with the problem of really big data for the first time. Unfortunately, many think the software is advancing much more slowly than the hardware.

Mike Aslaksen, chief of the Remote Sensing Division within the National Geodetic Survey of NOAA, noted a possible solution to this challenge: Google’s cloud services.

Currently it takes too long to process data into a point cloud. From Aslaksen’s point of view, “the idea of leveraging Google’s computing power and computing technology, and being able to process this stuff in near real-time is something we really need to take a look at.”

3 – We are Going to See New Uses for Lidar

Scott Simmons, executive director of the OGC’s standards program, had a different view on processing: we’re advancing fast enough as an industry that we’re enabling entirely new kinds of use-cases we never imagined.

“I look at the software providers who have been out there this week,” he said, “and they’re developing software to process and disseminate lidar data in a much more rapid and easily consumable fashion. That’s going to enable all of us who are collecting the content, and all of us who are consuming the content with a purpose: to also satisfy these emerging needs that we just haven’t yet forecast.” 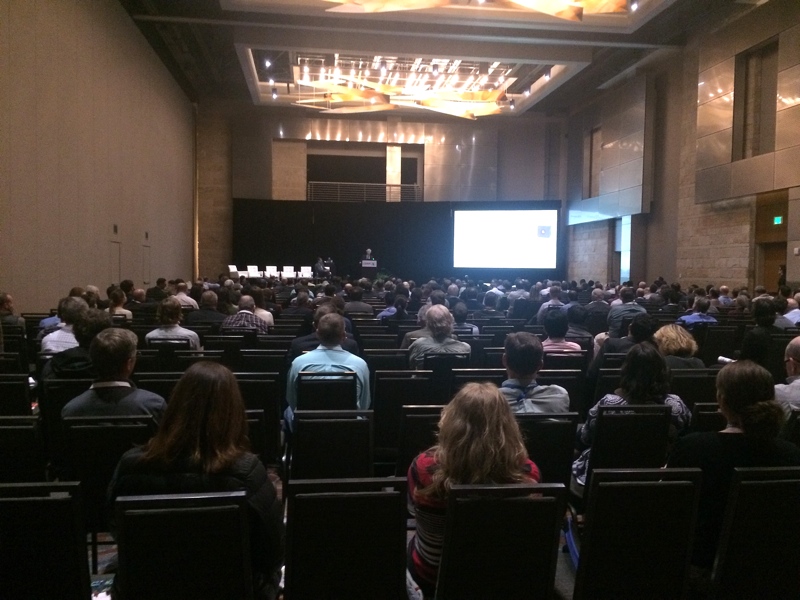 Now that single-photon and Geiger-mode lidar data have gained a foothold in the industry, many customers are starting to ask better follow-ups. How much data do we need? What are our real requirements? Will we have to hire extra people for the QC process? Will we need to invest in bigger servers, and faster computers?

In other words, customers are working out the question of how much these sensors actually cost, and getting a better sense for which projects are worth the expense.

5 – UAVs and Lidar, A Perfect Match

A big theme this year was the continuing love affair between UAVs and lidar. We saw this in the introduction of new UAV processing products from esri and YellowScan, as well as a whole raft of presentations on UAV lidar from ASPRS and other end users.

Torrin Haskell, Merrick’s geomatics business unit leader, went so far as to say that the UAS is fast becoming indispensible. “We really see the software, the systems, and the platform dropping in price,” he explained. “It’s become a tool that must be in the tool box rather than a tool we’d like to be in the toolbox.”

Qassim Abdullah, senior geospatial scientist with Woolpert, believes that the lidar we use on UAVs is only going to get better. “The best lidar is going to come in the next couple of years,” he said.

Why? “With the coming of the smart city,” he explained, “we’re going to need maps of that infrastructure to be updated.” Since this task is not easily accomplished with a van—that means there’s a clear business need for smaller, better sensors to fly above the buildings. 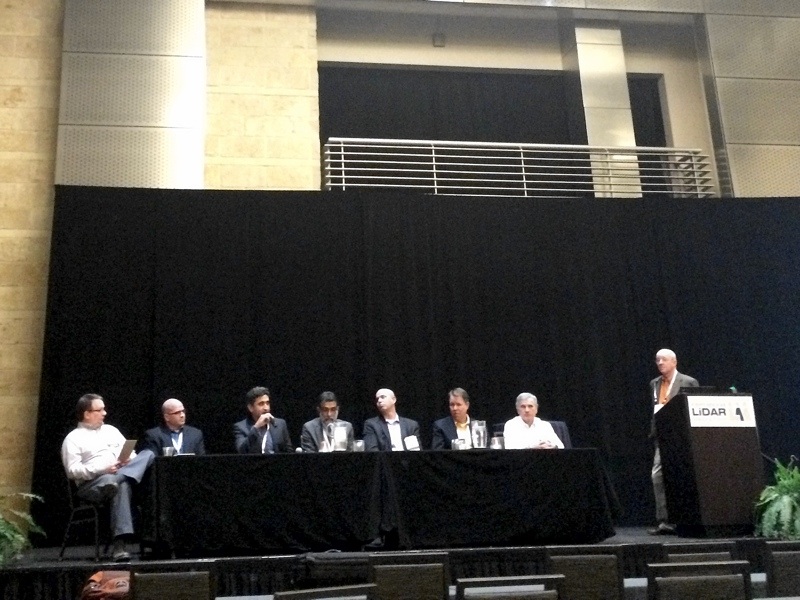 The ILMF advisory board closing panel

A number of end-users and advisory board members mentioned that this relationship between the UAV and lidar will have positive effects throughout other parts of the geospatial industry.

Abdullah explained that the design strategies used for UAV lidar products might rub off on manufacturers who make other kinds of lidar. “They’re going to start thinking—instead of big, multimillion dollar sensors, why can’t we make smaller ones?”

“We need it,” he continued, noting that mobile mapping is still prohibitively expensive at many hundreds of thousands of dollars.

7 – Disruption is Coming Down the Line

Although we didn’t see any big, disruptive announcements this year, disruption is coming down the line if you know where to look. Here’s a short list of topics to keep an eye on:

A Geiger-Mode LiDAR Array for UAVs and Autonomous Cars