3D Heritage Models, with a Twist

If the recent high-profile project to scan the pyramids caught your eye, you may be interested to know about a similar effort that has been operating in Africa for more than a decade. It’s called the Zamani Project, and after a long wait they’ve begun releasing 3D models of the sites they’ve captured using state-of-the-art 3D acquisition technology. And that’s not even the most interesting thing about them.

Old-School Historical Preservation
So far they’ve released models from Ghana, Petra, Algeria, Mali, Sudan, and more. The sheer breadth of their models, spread out through space and time, is pretty amazing. It’s also worth noting that they’re releasing the models on Sketchfab, which is basically the youtube of 3D content. That’s a sly move.

Cultural Information Modeling
The most fascinating thing about the Zamani project, though, is how they apply a twist to digital historical preservation as you’re familiar with it. 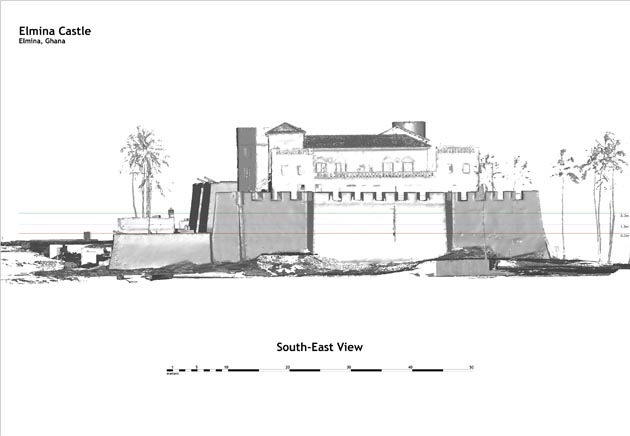 The academic repository Jstor lists the types of historical and cultural documents you’ll find linked to these models, including “site-related scholarly research and information such as excavation reports, manuscripts, previously unpublished materials of various types from private and national archives, archaeological and ethnographic field notes, personal journals, trade logs, and travelers’ accounts from the 16th to 19th centuries, as well as a variety of important primary and secondary historical sources.”

It doesn’t take a huge leap to think that these spatial models could be used for something like a historical and cultural version of BIM, where every building or site captured is enriched with spatially located information about its cultural history.

This project also raises the idea that any sort of BIM and lifecycle management we perform on new buildings might someday be seen as historical documentation. If the building lasts longer than we do, the information we’re gathering about it now might one day be seen as an important documentation of cultural history.

Could you use $15k to preserve some history?