Jesse Kallman, Head of Business Development and Regulatory Affiairs with Airware
testifies before the House Transportation and Infrastructure Subcommittee on Aviation

Last week, SPAR reported on the Small UAV Coalition’s two-day trip to Washington DC to meet with lawmakers and determine the future of UAV regulations.

This week, I spoke with coalition representatives Jesse Kallman of Airware and Lucas van Oostrum of Aerialtronics about the trip. They filled me in on why the FAA reauthorization bill is so important, the recommendations they made to Congress about future regulations, and why they’re optimistic that regulations will improve soon.

The main reason the Small UAV Coalition had made the trip, van Oostrum told me, was to discuss the FAA reauthorization bill of 2015, the bill that will dictate how the FAA is allowed to regulate commercial UAV use. The Coalition’s goal, he said, was to “make clear to a lot of people within the government the things that are going wrong right now and the things that should definitely be in the bill. The bill should be something that we can work with and not something that prevents systems from actually flying.”

A lot of the current regulatory troubles regarding commercial UAV use stem from the 2012 authorization bill, which currently restricts the FAA’s freedom to regulate properly. In other words, there’s not much the FAA can do to change the regulatory process until the new bill is passed.

What would the Coalition like to see in the new bill? For one, they’ve suggested that the FAA be allowed to issue regulations for the most common usage scenario. “Something that you see in Europe is flying within a line of sight, up to 400 feet, and below a certain weight class,” van Oostrum explained. “You say that’s a protective bubble, this is your operational envelope. So you get a permit to do that, permission to do aerial work within those confines.” He added that 80% of operations already take place within the envelope he mentioned.

He argued that the FAA should regulate the least dangerous UAV use scenarios first and then the more dangerous scenarios afterwards, once they’ve gained some experience.

Kallman agreed that risk-based regulation was the best way forward. “If you are a very small aircraft operating in a rural area, then you have a very low level of regulation. But as the risk profile increases–weight of the aircraft, proximity to people or structures on the ground, flight over people–then the requirements placed on the operation of aircraft and the avionics inside should be different. So we’ve been talking to [lawmakers]about that, and how it works in the manned aircraft world. Some things there don’t make sense for us, but there are things we can adapt to make the FAA comfortable with it.” 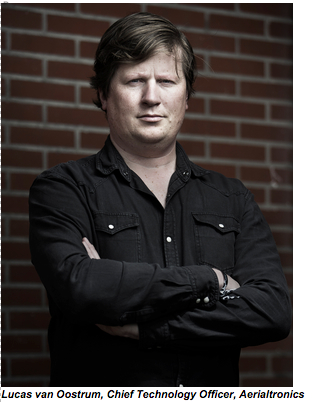 The regulations the Coalition has suggested would be ideal if they were incorporated into the new FAA reauthorization bill, but according to van Oostrum the bill may not be finalized for more than a year.

In the meantime, the Coalition has argued that changes should be made to the FAA’s 333 exemption process, which the FAA currently uses to allow companies to fly UAVs for commercial purposes. “That’s going very slow,” van Oostrum said. “There are around 280 companies in the queue waiting to get a response from the FAA and there are only 14 companies that have received an exemption. And those 14 exemptions were over the last 6 months.”

To make the process faster, the Coalition has suggested that the FAA begin using what van Oostrum called “qualified entities,” which are used in other countries like the UK. A qualified entity, he explained, would be an outside body trusted by the FAA to make decisions about whether a company will receive permission to fly a UAV commercially. “So if you get flight schools to do part of the FAA’s work, and the FAA only needs to audit these flight schools, if the only thing the FAA has to do is put a stamp on it, that’s a much more practical approach.”

Judging by media coverage, UAV advocates haven’t made much progress in changing regulation over the past few years, but according to Kallman and van Oostrum, the Small UAV Coalition is getting significant traction with lawmakers and the FAA.

One good sign: this year the level of knowledge among lawmakers has grown significantly since the Coalition’s trip to Washington last November. “I think a lot of the change is from the Small UAV Coalition,” said van Oostrum. “Now they all know what they’re talking about. They know about the problems, they know about the slow pace at which the FAA handles these exemption requests, but they also see problems like test sites.”

Recognition of the problems among lawmakers and the FAA has grown enough that even regulatory experts like Kallman have become bullish that the next FAA reauthorization bill will allow the FAA more freedom for regulating commercial UAV use. He is also bullish that the FAA will respond positively to that freedom. “The FAA absolutely wants us in [the bill],” he said. “They’re kind of burdened by the process that they have to operate within. They already know that. And people know that, it’s not entirely their fault.”

I asked Kallman if he had one takeaway from his time in Washington DC and he said he would stress that Congress shares everyone’s interests about UAVs. “They understand that the technology is going to revolutionize a lot of industries, it’s going to bring a lot of economic and life-saving impact, and they want to be as supportive as they possibly can. They want it done safely enough–the exact thing that everyone else wants, too. So it’s good that everyone is on the same page. I’m optimistic.”

Van Oostrum was also optimistic. “Again, the atmosphere was very good this time. We believe that, in the coming weeks to months, a lot will happen and the market will really move forward.”

UAV Workshop: Who Owns the Sky?