I just flew back from London, England where I was attending Bentley’s Year in Infrastructure 2015 conference. Among all the presentations by the most ingenious construction employees in the world, among all the conversations with users and product designers on the front lines of technology, I noticed a few topics kept coming up (and they were mostly about the world of 3D). Here they are in no particular order.

UAVs are Coming out in a Big Way
The whole conference was a debut party introducing the infrastructure and construction communities to photogrammetry and UAVs.

It seemed like every keynote or session mentioned the power of UAVs. One keynote showed how you can fly a UAV with a camera around your construction site so easily that you can create a model for every day of your project. Want to see how far along the project was two weeks ago? Open the model for that day. It’s a neat trick, and it seems to bring us a step closer to the dream of constant capture.

As if that weren’t enough, a presenter in the mining forum explained that using UAVs for surveying purposes has offered 500% ROI. He also mentioned that, with UAVs, owners are taking volumetric survey reports in hours rather than weeks. I don’t have to tell you that having the data when you need it is a huge benefit. 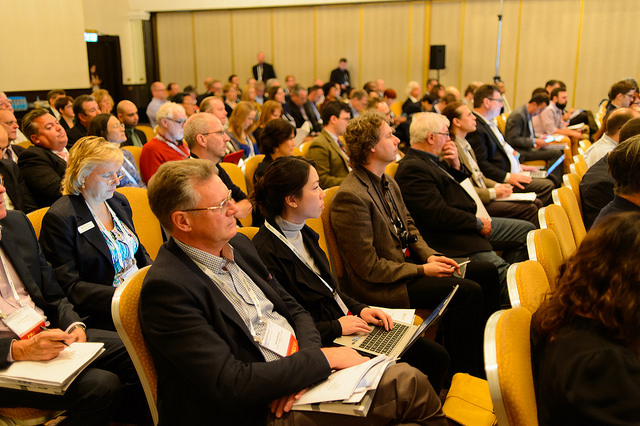 Laser Scanning Isn’t Dead, Not Even Close
It seems like we’re required by law to declare laser scanning dead once every few years, but reports of its death have been greatly exaggerated.

Still, it’s easy to understand why this worries people who have made their careers in scanning: Handheld devices are on the rise. Photogrammetry is getting less expensive, easier to perform, and is becoming hugely popular since the advent of commercial UAVs. The technology has gone mainstream in a big way–something that laser scanning still hasn’t done (and may never do).

On top of this, big companies like Bentley are throwing their weight behind photogrammetry. For instance, at this year’s conference Bentley spent a lot of time talking about their new ContextCapture software, which uses Acute3D’s photogrammetry tech to provide “just-in-time surveying” and 3D capture that can be performed quickly and regularly.

In some ways, photogrammetry is a superior technology to laser scanning. Whereas creating and manipulating a point cloud requires a bit of training and some special equipment, creating a reality mesh from photos using ContextCapture seems to be dead simple.

But just because photogrammetry has gotten a lot easier doesn’t mean it’s always right for your intended use. There are still plenty of situations where you need the accuracy provided by laser scanning and nothing else will do. When that’s the case, Bentley stresses that they still support the point cloud in all of their software as a fundamental data type.

You think you’ll be using photogrammetry to measure utility wires? Or get measurements of a piping run that is accurate in the sub-millimeter range? Probably not. I will keep on saying it: Laser scanning and photogrammetry are two tools in the toolbox. There’s no silver bullet here–you’ll never find a technology that does everything. 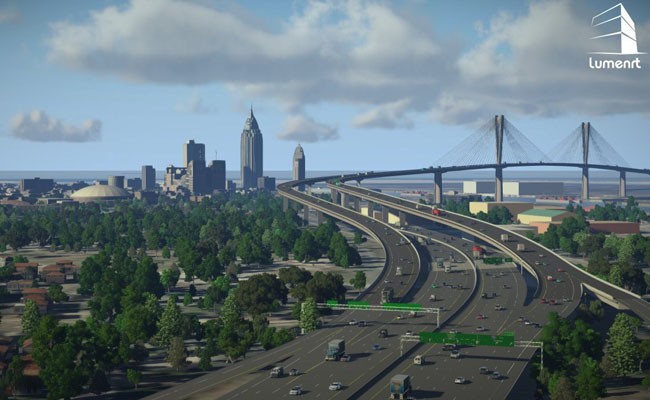 The Industry is Thinking Young
This year, Greg Bentley introduced Bentley’s LumenRT software. It’s an application used to create digital nature for use in models–like the swaying trees, traffic patterns, and dynamic lighting effects you see in Hollywood movies. It’s like those effects in movies because it uses the exact same technology, which Bentley picked up from their recent acquisition e-on.

Part of the reason for this acquisition, Mr. Bentley explained, is that the industry needs to start speaking the same language that “digital natives” speak.

Many of those digital natives are now planning for careers in video production, game production, or other sorts of media jobs, despite the lack of qualified professionals to perform some much-needed work on the world’s infrastructure. How do we entice them into the industry? According to Greg Bentley, a good way to start is by creating infrastructure and construction software that works just like the software they already use for video and media production.

In other words, Bentley is going to them instead of waiting for them to come to Bentley.

LumenRT will be understandable to “digital natives” because it works something like a video game would. Let’s say you have a model of an offramp, and you want to add some trees. Select some trees from the palate and drag your cursor where you want to drop them. Adding people, traffic, and so on is similarly easily. It looks a lot like playing Sim City, and Greg Bentley’s hope is that it can inspire young types like me to work on actual infrastructure instead of theoretical environments.

The idea, Bentley argues, is that the industry needs to attract new talent, and it can’t do that without reaching out to younger people who “can’t even spell MicroStation.”

Bentley Systems, Inc. CEO to present how Technology was used for the Pope’s Visit to Philadelphia