Your First Self-Driving Car Won't Use LiDAR for Autopilot

We all love LiDAR: it measures precisely, it saves time, it saves money, and it produces beautiful maps. But will it pilot your first self-driving car? Some recent news indicates that the future isn‚Äôt so certain.

Hard Numbers
London-based research firm Frost & Sullivan have released a report on LiDAR manufacturing for automated vehicles.¬ÝThey found that 7 out of 13 of the top OEMs (original equipment manufacturers) are working on an automated vehicle that incorporates LiDAR. They also mention LiDAR-enabled cars have (somehow) already raked in $51.1 million in 2014, and those numbers are expected to hit $141 million by 2021.

Why is that? Frost & Sullivan explain that even though LiDAR is still the best sensor for object detection and mapping in low-visibility conditions, it costs too much. Affordable LiDAR sensors are available, but you‚Äôll have to pony up a lot of money to get one with the proper resolution and range for self-driving applications.

While LiDAR might have developed to maturity for static scanning, mobile mapping, and airborne applications, it still has a long way to go before it‚Äôs cost-effective for automated driving. My guess is that cars including LiDAR for self-driving purposes will be prohibitively expensive for some time.

In the Q&A session, a reporter asked Musk about Tesla‚Äôs plans to give their cars more automation. The big takeaway from his answer is that we may need more hardware than Teslas currently include in their sensor suite, but we almost certainly don‚Äôt need any LiDAR.

‚ÄúFor full autonomy,‚Äù Musk said, ‚Äúyou‚Äôd really want to have a more comprehensive sensor suite and computer systems that are fail proof. That said, I don‚Äôt think you need LIDAR. I think you can do this all with passive optical and then with maybe one forward RADAR‚Ä¶ if you are driving fast into rain or snow or dust. I think that completely solves it without the use of LIDAR. I‚Äôm not a big fan of LIDAR, I don‚Äôt think it makes sense in this context.‚Äù

Musk went on to explain that he doesn‚Äôt dislike LiDAR in general‚Äîit goes in his Dragon spacecraft for docking with the space station‚Äîbut it doesn‚Äôt make sense in a car context. ‚ÄúI think it‚Äôs unnecessary,‚Äù he said.

Why are they unnecessary? As the Frost & Sullivan report states, they‚Äôre just too expensive, and possibly even more powerful than a self-driving car needs. Why use a flamethrower when a simple match will do the work for less money and trouble? 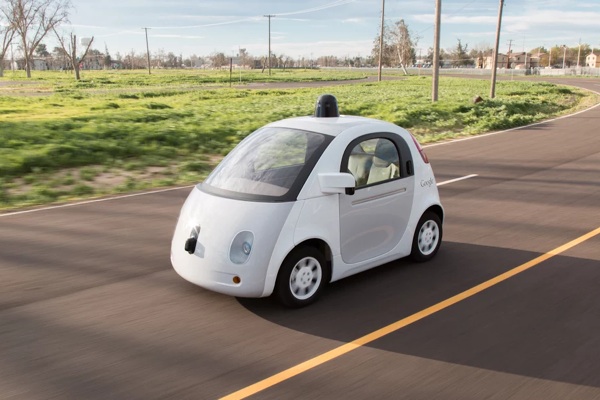 Google‚Äôs adorable self-driving car, with LiDAR in the sensor payload on top.

Why Google IS Using LiDAR (A Few Speculations)
You might have noticed that Google is still using LiDAR. There are a number of reasons why the company would still do this, even though the sensors are expensive. Here are a few speculations.

First, if Google is treating their self-driving cars the same way they‚Äôre treating their Nexus phones, they‚Äôre not looking to develop a product for mass appeal. They‚Äôre looking for power users who are willing to pay the price for the newest technology.

Furthermore, Google is in the business of gathering and selling data. We know that LiDAR is great for gathering road asset data (and *might* be OK at gathering data on road conditions). If Google has some thousands of people out driving their LiDAR-equipped cars, that means they‚Äôre gathering lots of data on lots of roads without having to do the work themselves. Google could then turn around and sell the information to anyone who needs it.

All that being said, there may be a point where LiDAR is cheap enough to be useful for fully automated driving purposes. But it‚Äôs looking like that point won‚Äôt come for more than 5 years, well past the 2021 benchmark that Frost & Sullivan have identified.

Musk hates lidar. Does it matter?

Musk hates lidar. Does it matter?

Why is Google putting lidar on its new Street View cars?

Autonomous Cars aren‚Äôt Even Close to a Reality