England’s Abandon Normal Devices (AND) festival features an immersive reality experience that “will enable audiences to encounter England’s forests anew” as “told by the inhabitants of the forest.”

The “Eyes of the Animal” installation by Marshmallow Laser Feast is a “speculative short story focusing on the life-cycle of three species.” The installation, which is located in the Grizedale Forest, gives attendees helmets designed to produce a holistic sensory experience so they can “see” the forest as if they were one of its inhabitants.

Most importantly (for our own interests), the helmet includes a VR headset that renders an environment in real time, showing visuals created by fusing FARO X330 scans of Grizedale Forest with photogrammetric models, CT data, and 360 video gathered by drone.

As Creative Applications described the project, the helmet also includes 3D audio recorded in Grizedale, which synchs with the visuals by gathering positional data from the accelerometers in the VR headset. “The sound uses Binaural audio, a technique mimicking the natural functioning of the ear by creating an illusion of 3D space and movement around the head of the listener as immersive as reality can be.”

If that weren’t enough, the helmet conducts bass sound directly through your body, too. “Listeners,” Creative Applications writes, “were able to feel their body vibrating as if incarnating breathing, flying and shouting animals”

The effect of all this technology? A totally new way to experience the very forest you’re sitting in—as if you were one of the animals that live there. And a cool looking helmet. 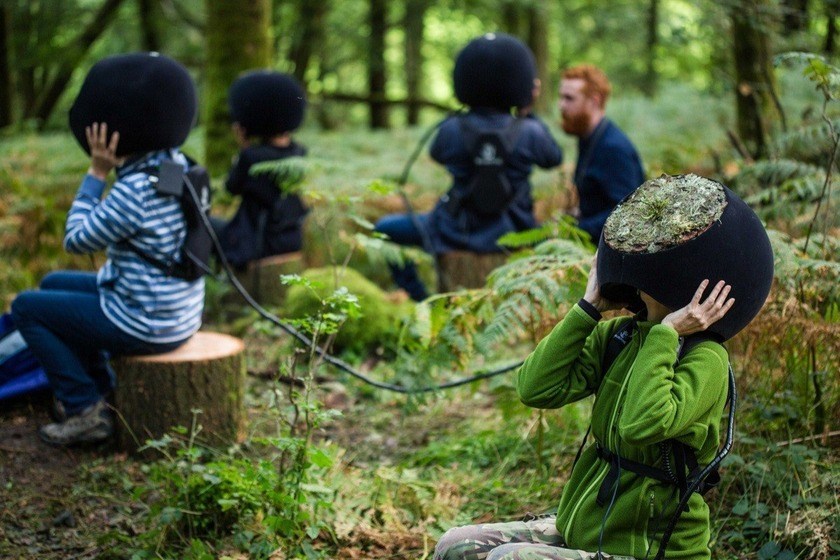 AIA Conference on Architecture 2018: InsiteVR is Built for AEC