We’ve all seen articles about archaeologists making huge strides in their work after getting their hands on LiDAR. There are so many articles, in fact, that the mainstream media is beginning to notice a trend.

The Guardian recently published one such article, complete with a provocative headline: “How LiDAR is replacing radar as the archaeologist’s map tool of choice.”

Though I don’t think any of you doubted that radar had taken a back seat to LiDAR in recent years, the article makes a compelling case for mainstream readers. By way of argument, the author talks about the scanning of Angamuco. When Colorado State University archaeologists working there used traditional means of survey, they were able to cover only 2 square kilometers of the city in two work seasons. LiDAR in hand, they was able to map the entire city in 45 minutes. Less money, more area covered. Less time in the field, more time in the office looking at real, useful information.

If use cases are your thing and you want to hear more, the article covers all the greatest archaeological LiDAR hits from the past few years, including the scanning of the Cambodian city Angkor and the Maya city of Caracol.

It’s true that since the invention of LiDAR, we’ve been able to map things that we couldn’t map before. The value of that is undeniable. But LiDAR can also preserve what is disappearing–which might turn out to be even an even more pressing matter than we realize. 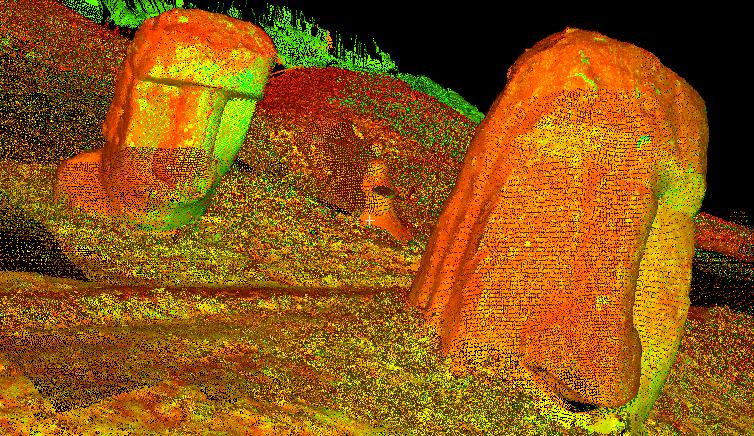 There are certain ruins, a recent article in Wired explains, “that you may never have to see with your own eyes. In recent months, ISIS has essentially bulldozed the ancient Assyrian city of Nimrud, destroying artifacts that date back to the 13th century BC. And they’re currently knocking on the door of the 2,000-year-old Syrian city of Palmyra.”

Not to say that a scanner would have solved all the problems–that would be extremely tone-deaf–but it would certainly be nice to have scans of the irreplaceable human history that has been destroyed, right?

Catastrophic events like this will happen. Wars, weather, civil strife and time will eventually destroy or obscure most of what humans build. But if we’re smart enough (and fast enough), maybe we can scan a fair number of these things before they’re gone. A digital copy isn’t the real thing, but it’s better than nothing at all.

I’m happy that the technology is starting to get more mainstream attention. Maybe it means that more funding for these kinds of projects will follow behind. It’s a nice idea, isn’t it?