LiDAR continues to burrow even further into consumer products and the hobbyist/maker space. One great use? Proximity warnings for riders on two wheels. See below for a pretty cool (but possibly ridiculous) motorcycle helmet and a home-made bicycle system that may be a sign of things to come.

For your Motorcycle Helmet
If, like me, you wish your motorcycle helmet showed a little more information, today’s your day. Intelligent Cranium, a company based out of Woodbridge, Virginia, has announced a smart helmet with two full-color heads-up displays, an LCD visor that you can tint by touching a button, as well as all the regular connectivity like bluetooth, voice control, built-in speakers, and phone connectivity. I’m sure there’s more I’m missing. This thing looks crazy. 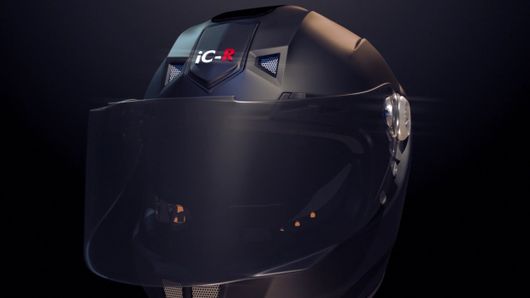 The really interesting thing about the helmet: it’s going to include a LiDAR early-warning system for approaching traffic. Anyone who’s been rear-ended on a motorcycle can appreciate how useful this would be. Using LEDs mounted on the helmet within view of the rider, the helmet will use a LiDAR (most likely a very inexpensive 2D rig) to indicate when a vehicle is approaching from behind. When a car is 420 ft away it flashes amber, and at 240 it starts flashing red at 1 second intervals. 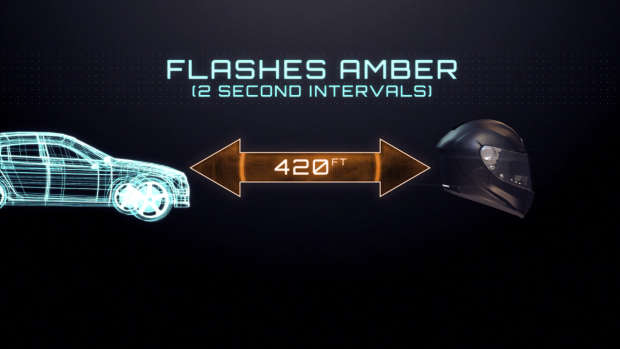 As useful as this could be, I’m not sure how it would work in traffic. I also don’t know that want two heads-up displays in my face while I’m riding, never mind some annoying blinking lights. Given the amount of attention that it takes to ride without getting hit, I’m not sure we need the distractions. Still–it’s an interesting application.

Early-Warning For Your Bicycle
After that, head on over to ieee.org where Paul Wallich describes how he used the $90 PulsedLight LiDAR Lite to make an early warning system for his bicycle. All it took was the LiDAR, an Arduino mini-computer, a few wires, a 3D printer and a strip of LCDs. OK, so maybe you can’t easily make one at home, but if you live near one of those Maker Spaces that’s proliferating around the world, chances are that they’ll be able to help you out. 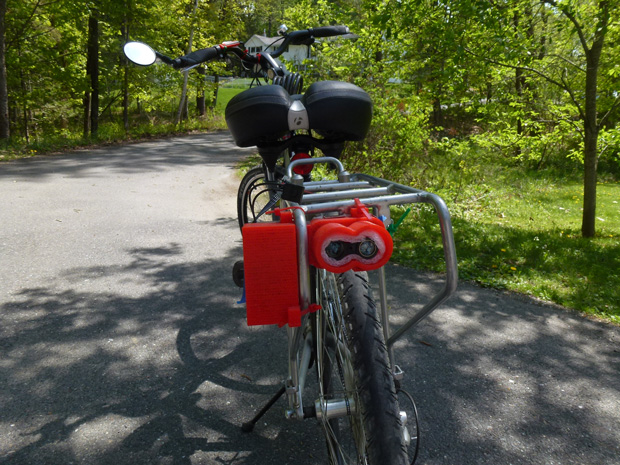 The complicated part was building a case and a control system, Wallich notes. “The biggest thing I learned was the importance of packaging. Getting the mounting brackets right, fitting the available space in a solid enclosure, even a practical on-off switch turned out to be much more work than the device itself.”

With that, LiDAR pushes itself further into the mainstream.