If you demo VIMTrek‘s BIM collaboration toolset, it will go something like this: COO Nicholas Jeffery takes some Oculus Rift glasses and drops a smartphone into a holster on the front, like an old-fashioned cassette tape. You put on the glasses and the phone puts you inside the BIM model, allowing you to wander around like you were playing video game. When you see something interesting, you select it and the pertinent BIM data pops up in your view.

It’s a simple, inexpensive tool, and Jeffery hopes it will bring us out of the era of “lonely BIM,” where a privileged few understand the process and adoption remains slow. VIMTrek is meant to enable true, collaborative BIM processes that anyone can join in.

Enabling Collaboration
VIMTrek was born about five years ago when Jeffery set about finding a better way to render Revit files in 3D. At that point, the process could take days to complete and often produced results that were difficult to use. He found collaborators and developed a software platform based on the Unity game engine. The result was beautiful BIM models that also rendered very quickly, allowed free movement, and accommodated more than one user at a time. Now, anyone who could play a video game could use a BIM model.

“But so what?” he says. “It wasn’t as good as we thought it was going to be.” It showed a lot of potential for use in collaborative work, but wasn’t quite there yet.

So they applied compression technology to help keep the files small. They brought Revit metadata into the game engine, which was “quite a difficult thing to crack.” This stage of the development process took more than a year, but the results were worth it.

Using the VIMTrek platform, a small, interactive BIM model full of metadata can now be downloaded to a smartphone in a matter of minutes. It became easy for any stakeholder to see the information they need to see and offer their input. 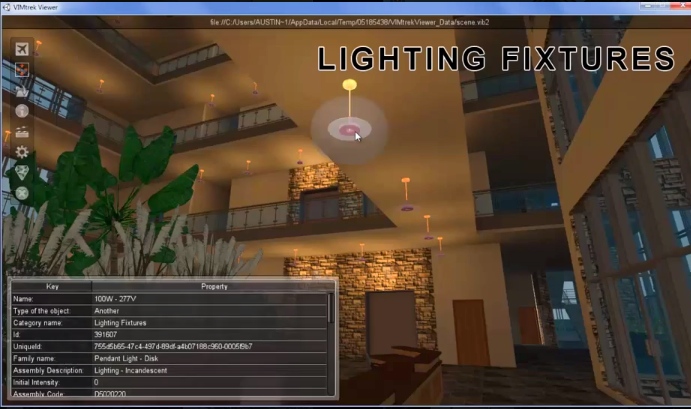 A Use Case
You have a BIM model you’d like to get some input on. You send your Revit file to VIMTrek, who will quickly render a model (Jeffery tells me they can do it in three minutes). VIMTrek sends you back a “VIM” (visual information modeling) file, which you send around to your stakeholders. To view it, your recipient simply downloads a free viewer onto any internet-enabled device and they’re good to go.

“So if you’re the architect,” Jeffery explains, “you send the file back to the owner, he can now view it on any device on any platform with the aid of the viewer. And he can see the exact same experience as the architect, as if you’re both wandering around the building together.”

The Oculus Rift setup that they’ve been demoing is intended to take the product to the next level. Jeffery asks me to imagine a scenario where I’m in the US, he’s in Budapest, and we want to talk about a property in London. He downloads the file to his smartphone in a few minutes and drops the phone into his Oculus glasses. Meanwhile, in the US, I’m viewing the same file on my glasses. I call him on Skype.

“You and I are talking,’ he says, “standing in the middle of a 3D room together. To move around the building, you’ve got a little cursor on the side of the glasses, and you just move up, down, left, right. You can move your head around like you’d look around any building. If I see an object that interests me, I just touch the cursor on the side and all the BIM data comes up.” 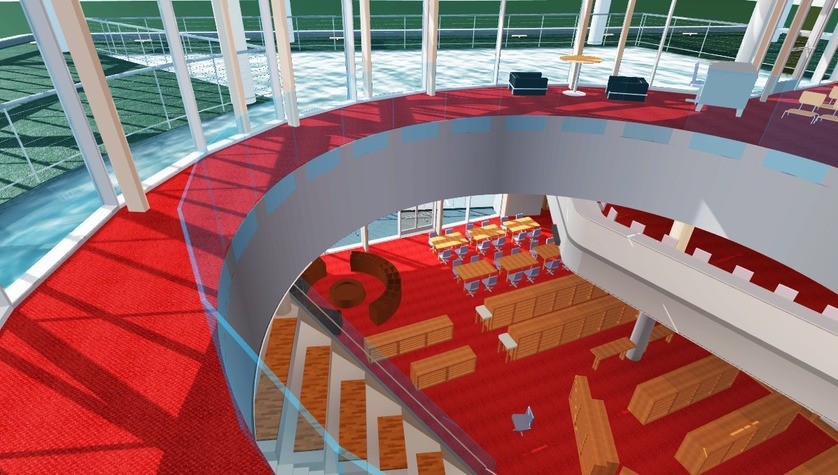 Smart Collaboration
Using the SMARTBIM tools (which VIMTrek now owns a majority of) you can also view estimation and sustainability data alongside the BIM data from Revit. This enables any stakeholder to see rich analytic data about the model they’re viewing.

For instance, Jeffery tells me, if you’re looking at a model and you see a window you like but think it’s too expensive, just click on it to learn more. The program will tell you how many there are and calculate the total cost. Use the program to replace all the windows with a cheaper version, and it will render a new model in a matter of minutes.

You can also use the viewer to leave a “VIMnote” on the virtual window. If you’re the owner, say, you can leave a note on the window to tell the architect you don’t like it. Next time she opens up the file, she’ll see a list of your notes including data about when you left them. She only needs to click on your note and the program flies her over to the tagged object for review.

VIMTrek also features version control, audit trails, and other tools necessary for collaboration at this scale.

There are other, more beautiful rendering solutions out there, Jeffery admits, but that’s not really the point. VIMtrek is more a work-collaboration tool than a presentation tool. You don’t use it to impress a potential customer. You use it to send a model of a hospital to doctors so they can review the placement of big instruments in an operating room. You use it to send a model to sub-contractors so they can have a look where a run of AC piping is meant to go and decide the easiest way to get the job done. You use it to involve everyone in the BIM process, and maybe save them all a lot of money at the same time.

For more information, see VIMTrek’s website or this video. 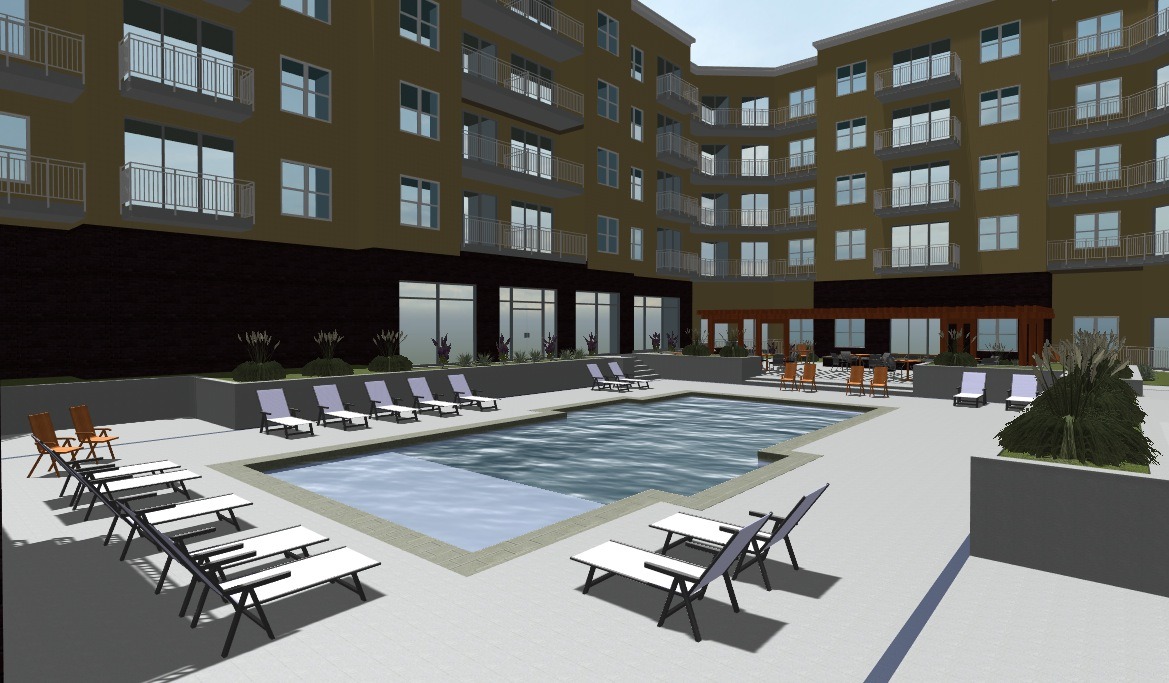