What is Microsoft’s HoloLens?

I’ve been hearing a lot about Microsoft’s HoloLens lately, but knew very little about it so I decided to investigate.  Here is what I discovered.

The first question I had was “What is HoloLens, and how does it work?” Well, Microsoft HoloLens is the first holographic computer running Windows 10.  It is completely untethered – no wires, phones, or connection to a PC needed (or Mac I presume).  HoloLens allows you to pin holograms in your physical environment and provides a new way to see your world.

A hologram is an object like any other object in the real world, with only one difference: a hologram is made entirely of light. Holographic objects can be viewed from different angles and distances, just like tangible objects, but they do not offer any physical resistance when touched or pushed because they don’t have any mass. Holograms can be two-dimensional, like a piece of paper or a TV screen, or they can be three-dimensional, just like other physical objects in your real world. Judging by what Microsoft has told us, the holograms you’ll see with HoloLens can appear lifelike, and can move, be shaped, and change according to interaction with users or the physical environment in which they are visible. 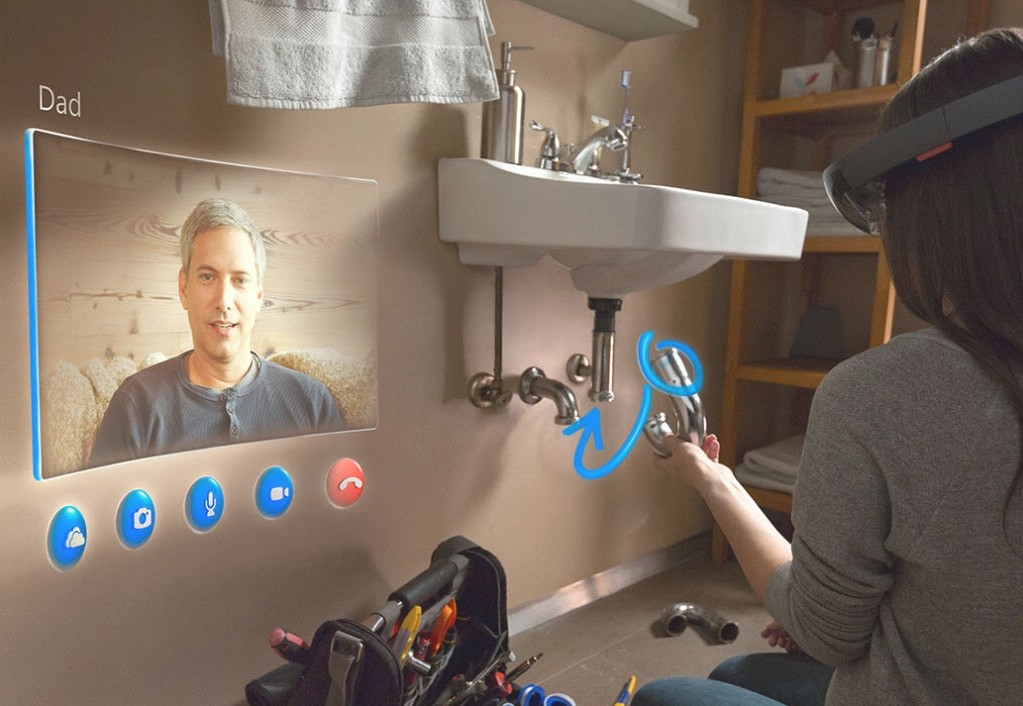 If all goes according to plan, holographic objects seen with Microsoft HoloLens can be pinned, or anchored, to physical locations you choose, move according to their own rules, or remain in a specific location within your field of view regardless of where you are or in which direction you are looking. There isn’t a screen to touch or a mouse to click. Use gestures to create, shape, and size holograms. Use your gaze to navigate and explore. Use your voice to communicate with your apps.

Holographic computing experiences with Microsoft HoloLens will reportedly be different from existing experiences, such as augmented reality (AR) and virtual reality (VR). With AR, the user sees a layer or screen of data that overlays the real world. While this data can be contextual to the user’s location, or where the device’s camera is pointed, it is not the same as being able to see holographic objects pinned, or anchored, to specific physical locations or objects in the real world. With VR, the user is completely immersed in a computer-generated reality, or virtual world. While immersed in a virtual world, users are best advised to stay seated or keep still to avoid collisions with physical objects they cannot see in the real world.

Microsoft HoloLens is designed to adjust to fit a wide range of adult head sizes and shapes without putting any undue pressure on your ears or nose, while also fitting comfortably over the majority of eyeglass frames.

The 3D Industry will have numerous applications for this technology.  We can begin to see this by watching this video showing what Trimble is doing to help bring this technology to the AEC industry.