Daniel Steegmann Mangrané’s project Phantom is the first virtual reality exhibit at New York’s New Museum for Contemporary Art. It’s also one of the first LiDAR-based projects–putting you inside scans of the Mata Atlantica rainforest in Brazil provided by industry vets ScanLAB Projects. (You may have seen the company profiled in SPAR–I find it incredible to see how far LiDAR has come since they spoke to my predecessor a few years ago.)

Visitors to the exhibit put on an Oculus Rift (tethered to the ceiling, it looks like, so they don’t wander too far off) and walk through the black and white point cloud. Their movements tracked in 3D space by the OptiTrack system. No controllers are necessary to walk through the ghostly, disappearing Brazilian rainforest.

This should put the question, “Are point clouds art?” conclusively to rest.

The New Museum explains that Phantom attempts to “physicalize Brazilian indigenous cosmologies,” or, put another way, create an impressionistic, artistic rendering of the rainforest that reflects the various ways that its indigenous peoples might see it. We could say that Phantom is historical preservation in more than one way–it works to preserve the way people perceive the rainforest, even as it preserves the look of the rainforest itself. 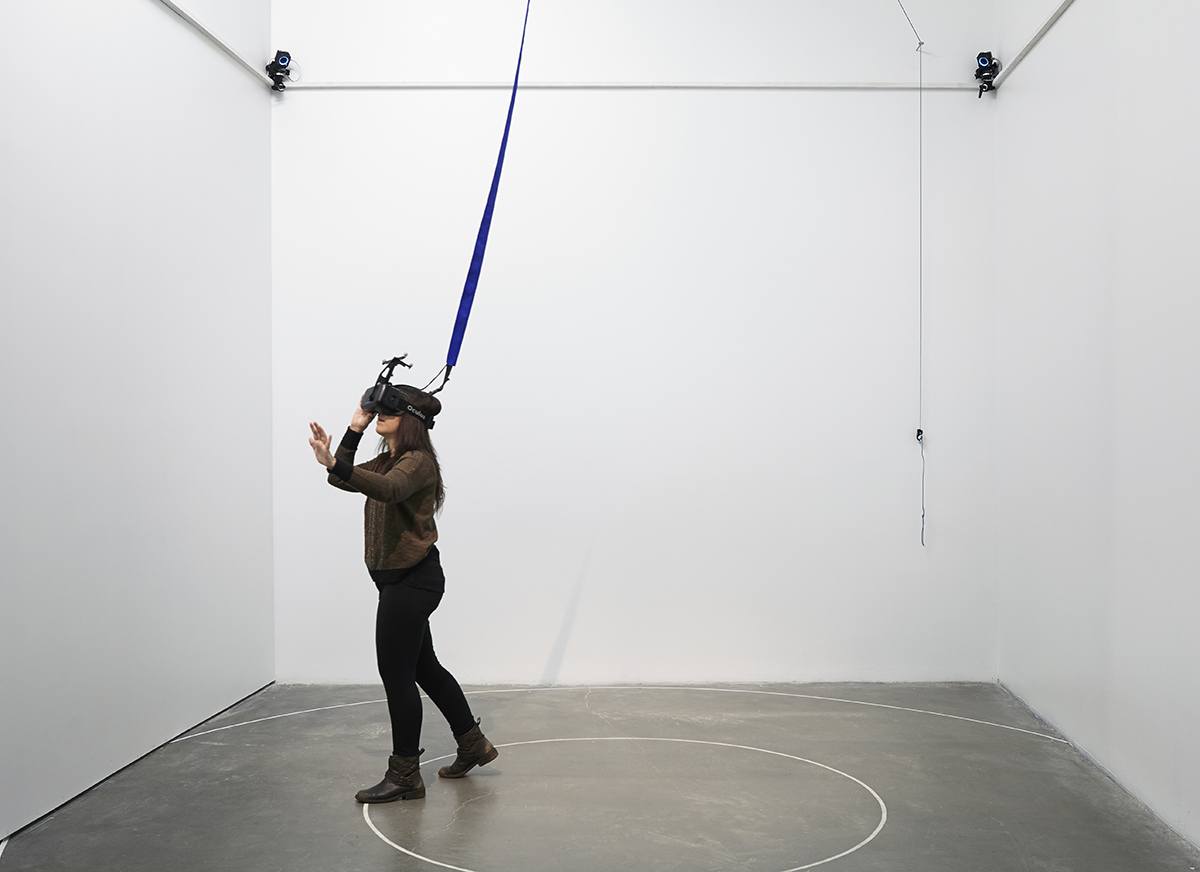 The project does this by placing you in the ghostly point cloud as if it were a physical space–an experience that must be psychedelic in the truest sense of the term. “Even more important than the visual aspect of this installation is the physical aspect, so incorporating movement and physical cues was a priority for me,” Mangrané said in a statement. “The physical 3D tracking provided by OptiTrack allows visitors to move through branches, crouch down and feel the rainforest floor, and really feel as though they are present in and interacting with this wondrous world. Motion capture enabled the most realistic rendering possible, based on the body’s movements in relation to environmental data from the rainforest scans.”

In a statement, the company’s marketing director, Seth Steiling praised the project’s “eerie stillness,” and its demonstrating of “the immersion that can be created by instead elevating VR with highly responsive, 1:1 motion tracking.”

The Evolution of Navy Pier into a 21st Century Icon