An artist’s rendering of how a dinosaur might have looked. Credit: AP.

Dino Bones
If you’ve ever wondered exactly how much a Stegosaurus weighs (and who hasn’t?), the Sydney Morning Herald explains how 3D scanning provides an answer. At London’s Natural History Museum, scientists scanned 360 bones from the skeleton of a dinosaur named Sophie, measured them by volume, and estimated the mass using comparisons to living animals. They found either that she weighed exactly what they thought, or half as much as they thought, depending on the method of estimation. The main takeaway, I guess, is “just how fickle dinosaur weight estimation can be.”

Lost Cities
In case you amateur (or professional) anthropologists felt left out, National Geo reports that LiDAR tech has been instrumental in discovering a city very seriously named The City of the Monkey God, hidden deep within the Honduran rainforest. The city (which turned out, on closer inspection, to be a whole network of cities) was nearly impossible to get to, but not impossible to fly over with a LiDAR rig.

The New Yorker covered the efforts in depth back in 2013, as did The Atlantic, who include some interesting bare earth scans taken from a Cessna using a “LiDAR machine.” These scans showed undeniable proof of an entire lost human civilization.

From The Atlantic: “This technology is going to revolutionize archaeology,” archeologist Christopher Fisher of Colorado State University told me, also from Cancun. “We used to have to walk through the jungle, hacking our way through, recording every architectural feature, every trace of ancient habitation that we used to find. Incredibly labor intensive.”

This news is undeniably cool, but I think we can all agree that a LiDAR-toting Indiana Jones would be really efficient but just, like, one single smidge less exciting. 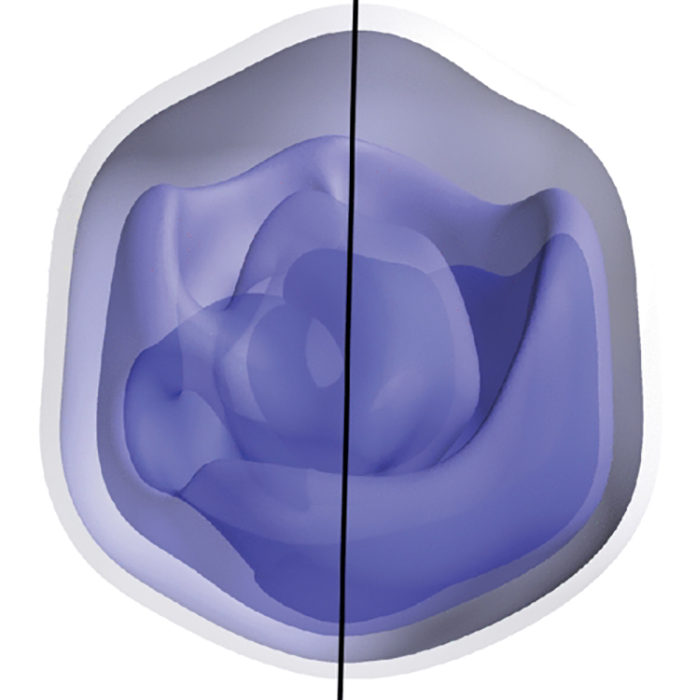 Viruses in 3D
Physics World tells us that “extremely short pulses of X-rays have been used for the first time to reconstruct 3D images of individual virus particles.” According to the article, possible applications include mapping (and maybe helping to cure) HIV, influenza, and herpes. According to me, other possible applications include creating a really cool iTunes visualizer setting called “Virus Map.”

Car LiDAR
TriLumina, the New-Mexico based company that develops “illumination solutions” for automotive “laser radar (LiDAR)” platforms, has received $8.5m in Series A funding to continue developing their products. They claim to have developed a “new kind of semiconductor laser that is among the faster and most powerful infrared emitters available.” Whether this means we’ll be seeing self-driving cars soon or not, who knows.

Big Ol’ Data Sets
USGS, St. Petersburg Coastal and Marine Science Center in Florida, and the U.S. Army Corps of Engineers released this hi-res elevation data set of Fire Island, New York. The data was taken to characterize beach topography following Hurricane Sandy and the bonkers winter storms we’ve been having for the past few years.

HD VR
360 degree virtual reality makes a pretty stunning deliverable. But those of us who use LiDAR often don’t have matching high-def video to merge our detailed 3D models with. HypeVR solved this problem by combining a Velodyne HDL-32E with 14 film industry standard Red Dragon cameras in a single, super intense looking rig.

From Road to VR: “This means that the imagery can be mapped to 3D models of the environment which can in turn be rendered in real-time inside a VR headset – the upshot? You can dodge or lean around a scene and the world should alter according to your viewpoint.”

A quick calculation puts the cost of parts at least in the neighborhood of $300,000, and that’s not even counting the monster servers you’ll need to process the data. A nice glimpse of the future, but we’re not quite there yet.

“Bring your scanner to work” day
This video from the Washington State Patrol (complete with rad 80’s-style intro), describes how they use a Trimble scanner to help examine wreckage after an accident.

Extra Credit
Do you live in Phoenix and need help learning 3D BIM? This guy’s Craigslist ad is the offer you’ve been waiting for.

Artists are using projection mapping, or videos custom-made to fit the dimensions of an object, to make ancient marble statues look they’re blinking at you. Don’t show your kids.

Beautiful Music Videos Made with LiDAR

LiDAR Camo for the Cyber Rebel