How Travis Reinke of SCANable scanned Kendall Jenner–just one of the projects he will be presenting at SPAR International 2015 in Houston.

When Garage Magazine decided to animate the model on each cover of their latest issue, they contacted leading VFX company The Mill. As The Mill explains the project, “Five different covers were created, each featuring a supermodel wearing a pair of Beats by Dre headphones, and design elements that were inspired by original Pat McGrath makeup designs: shrink wrap, crystals, android mask, scribbles and smoke elements. Readers were then pointed to use the Garage app to see a 3D rendition and animation of the covers in real time on a smart phone.”

The final covers (you can see more videos of the augmented reality versions here) are pure technical wizardly — and none of it would have been possible without 3D scanning. This is where Travis Reinke and his 3D-imaging solutions company SCANable comes in.

How to Scan a Model
Over two separate shoots, Reinke scanned Kendall Jenner, Cara Delavinge, Lara Stone, Binx Walton, Joan Smalls, and Karen Elson. When a full body scan was required, he would supply C stands for the model to lean against and hold the stillest possible stance for the duration of the work–about 2-5 minutes, depending on the complexity of the wardrobe and pose.

Sometimes portions of the scans were captured at different levels of detail. For instance, Reinke would perform an overall scan with an Artec Eva and then scan the model’s face “from ear-to-ear” using an Artec Spider, producing scans at a level of detail so high that it “reveals pores and wrinkles.” 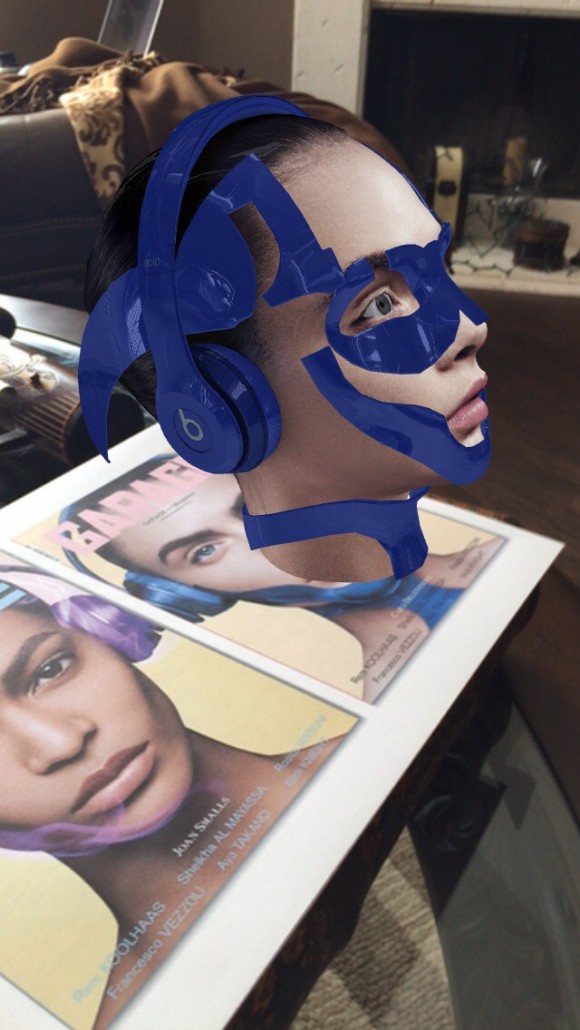 Reinke related a funny story: “While scanning Cara Delevingne, her phone rang while it was in her pocket. She called out for someone to come get it out of her pocket and answer it on speakerphone. I pointed the scanner away from her face to avoid having to stop the scan due to her facial movement and continued to scan her shoulder and back. She carried on her conversation and I was able to complete the scan successfully in one pass, adding another interesting scanning experience to our list.”

The Mill then took these scans and used them to create the visual effects for the augmented reality app. You can see more details here. (The scan of Karen Elson, on the other hand, was used to create a marble statue that was painted and then photographed. The new painted textures were digitally projected onto the scan which were used for her augmented reality experience.)

It sounds fun, but Reinke has some words of caution before you get your hopes up about ditching the day job and taking your terrestrial laser scanner to NY Fashion Week or Hollywood. “While we still utilize our years of terrestrial laser scanning experience to capture locations and sets to support high-end VFX projects, utilizing structured light scanners to capture full body scans, vehicles, props and other items requires a completely different skill set,” he said. “We use the Artec Eva and Artec Spider, along with some fancy photography techniques to capture full-color, very detailed 3D polygonal meshes. While these systems are fairly simple to operate, the workflow for capturing and processing the data is not. We have invested a lot of time in learning how to utilize the hardware and software in order to generate very reliable results. There is still an art to what we do. It’s not just about how to use the technology.”

But that doesn’t mean you can’t take your scanner to places you never expected. 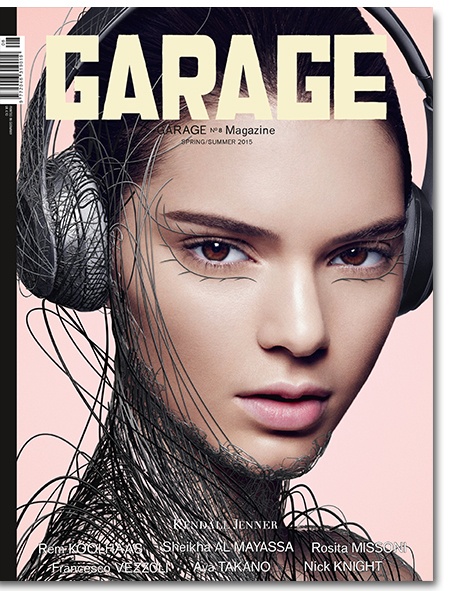 Fast forward 15 years, and the technology has gotten exponentially better and less expensive. This means that there are plenty of new directions you can take your scanner in, and new kinds of clients you can attract. “If you think about it,” Reinke says, “before you can design or renovate anything, you need to know what you have to work with. We have the tools and knowledge to quickly and accurately capture an exact digital replica of just about anything which allows designers to make better and faster decisions.”

Your scanner, in other words, is useful for a lot more than just capturing bridges and buildings. “The possibilities are endless. It is just a matter of telling the world what you can do, building relationships with key decision-makers and working your tail off to provide outstanding results.”

Scanning the future
Doing this has brought SCANable to some pretty amazing places, and seen them producing some truly groundbreaking work.

They’ve worked on feature films like American Sniper, The Gambler, The Bronze as well as high-end TV series like Marvel’s Daredevil, HBO’s Westworld and an upcoming short film for Google. They’ve provided scans for commercials by Nike, Fox Sports, Duralast, Nissan, Adidas, Call of Duty, Apple, Gatorade, NASCAR, Daft Punk, and more. No matter who you are, you’ll find something cool in that list.

For those of you who think that 3D scanning is changing the world, you’re right–Reinke tells me that SCANable has worked with photographers Tim Richardson and Daniel Sannwald to scan actors and models to create a whole new form of photography called “Hybrid Glamour, where they incorporate the 3D scans with the photographs to create beautiful, artistic imagery.”

The groundbreaking uses for 3D scanning don’t end there, either. “The work we did for Garage has already generated a ton of interest for other publications interested in making their print content more interactive.”

As Reinke says, “the possibilities are endless.”