Architects Use 3D Printing to Save Frank Lloyd Wright Building/Money

We’ve seen lots of uses of 3D technologies for historic preservation, but this might be the first time you’ve seen them being used for historic restoration.

The story is this: Frank Lloyd Wright designed a collection of buildings, commonly known as Child of the Sun, for Florida Southern University. There is some debate about how many individual buildings there actually are in the collection, but we can all agree that they were all built between the early 1940s and the end of the 1950s. Like many old buildings, weather (and poor restoration) has worn them down, so they are in need of restoration.

Mesick Cohen Wilson Baker Architects began the work of restoring the buildings. However, they ran into a problem with the Annie Pfeiffer Chapel.

For the facade of the chapel, Lloyd Wright used custom tiling blocks meant to help the architecture appear as if it were arising naturally from its environment. As such, they are reflective of his modernist design ethos and a big part of why the building was so badly in need of restoration. Here’s the kicker: The hand-made molds used to produce these intricate blocks have been lost, so it would be difficult or impossible to reproduce them inexpensively by traditional means. 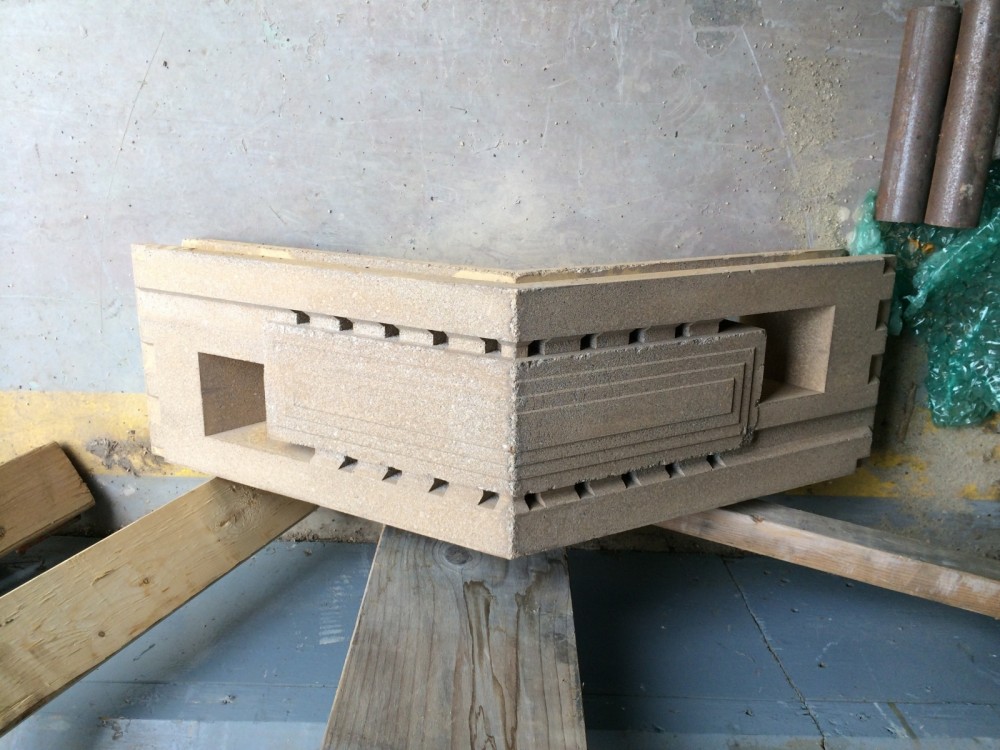 An initial trial of a typical corner block to be used in the chapel. Image © Mesick Cohen Wilson Baker Architects (MCWB)

MCWB Architects, to their credit, saw an opportunity for using new technology: 3D printing. From Lloyd Wright’s blueprints, they designed 3D models of the blocks. They printed these models in negative, added some hand-made parts, and were able to recreate the iconic blocks for much, much cheaper than would have been possible otherwise.

If the blueprints hadn’t existed (and let’s be fair–not every building’s blueprints are archived as carefully as one designed by Frank Lloyd Wright) this restoration might have been a great opportunity to use 3D scanning, too. Scan the blocks, edit the model, produce a mold. Voila.

This is only one of the many possibilities for 3D printing in architecture. To speculate, (this is a blog, after all), what if you could 3D print a Frank Lloyd Wright façade for your house? Or one of his buildings on your own parcel of land?

[Found at: Metropolis Magazine via Archdaily]