I’ve often wondered why building owners can be so nonchalant about maintaining their record drawings. After all, it can be very costly to re-verify and validate existing conditions. It is not uncommon for these documents to be found in a disorganized heap in a plan room or closet somewhere. Often pages are missing, ripped, torn and stained. In fact, business owners lose control of their building data so regularly, I’ve actually built a business on providing building documentation services. If the owner’s record drawings were accurate and maintained properly, they wouldn’t need my services, right? I suppose I should be thankful.

However, let’s assume they are maintained properly once they are received from the design and construction team. Can the documents still be trusted? Let’s look at one example of a project where a building owner had access to a set of record drawings that seemed accurate and gave everyone a high level of confidence. 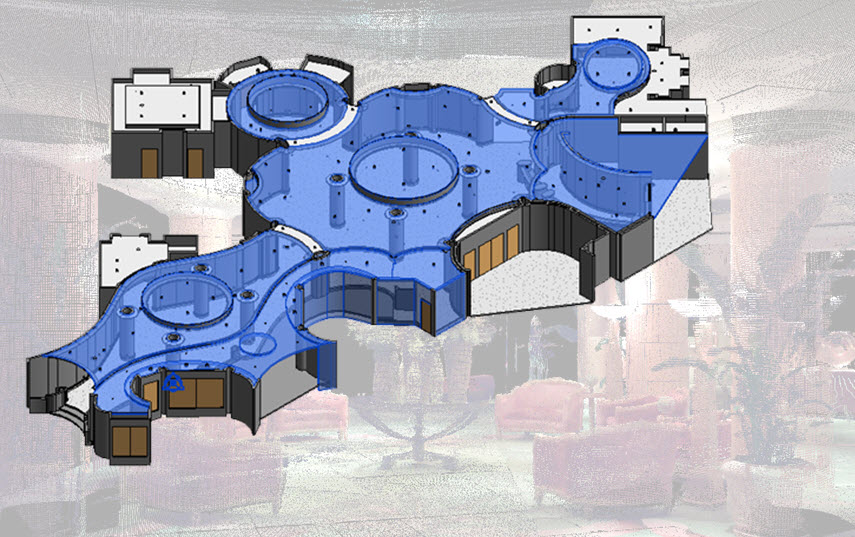 The project was at the Beverly Hills Hotel. For their 100th anniversary, they were undergoing renovations to the building interior – primarily finishes. Record drawings were available and appeared to be accurate.

One of the designs being considered involved the installation of new stone tile in the lobby. A challenge was the geometry of the space, which was very curvilinear and had original base moldings. Removing the base material was not an option. This meant the stone would need to be cut more exactly and matched up to the face of the base, as the base could not be used to cover any gap where the stone met the wall. They discussed pre-cutting the stone with a CNC cutter in order to achieve the needed accuracy.

So, considering this, how confident are we in the accuracy of the record drawings? Enough that we would use them to order stone from Italy, stone which we would cut to have a tight fit when installed? Hmmm… maybe some field verification needs to be done.

ARC was contracted to laser scan the space and provide an accurate plan that could be relied upon for this process. After the laser scanning was performed, a comparison of the floor plan data extracted from the point cloud was used as an overlay on top of the record drawings – exposing the differences. What seemed to be a well-dimensioned set of record drawings created in CAD was found to be at variance with the actual field conditions.  Red lines were derived from the point cloud data and overlaid on the record drawings for comparison. 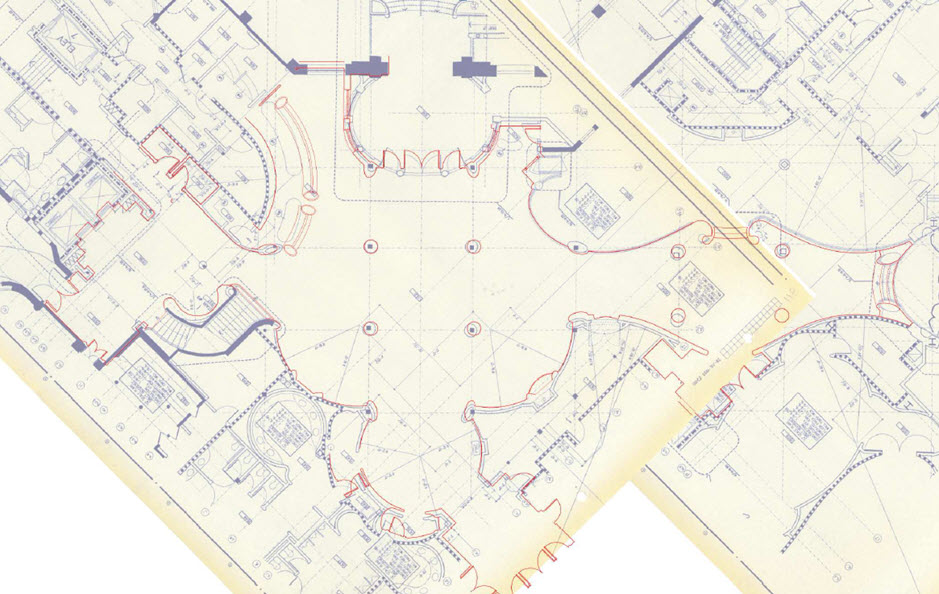 In this instance, the design team and owner decided to take another approach with regards to the installed finishes. However, had they proceeded relying strictly on the record drawings there would have been significant issues when the stone arrived on site for installation.

Infrastructure inspection is a pressing need

Infrastructure inspection is a pressing need

Field Notes, or The High Costs of Manual Data Recordation