The increasing importance of exactly where

Here in Maine, we sort of start out behind the 8 ball. Most people below the Mason-Dixon line think we’re part of Canada, I’m pretty sure. It’s cold here, just about nine and a half months out of the year. If people know us at all, it’s for moose and lobster and black flies.

Yet, somehow, we rely on tourism as a major part of our economy.

See, Maine is one of those places that can be so blindingly beautiful you can barely believe it’s real. Our rocky coast, full of islands and inlets, is still largely untouched and pristine. Our mountains may not be Rockies, but they’re pretty big and fun to ski. We have a large part of the state that is literally referred to as “the unorganized territory,” because there’s nothing there, which is just what you’re looking for if you’re the type who likes to hike and forget for a little while that there’s such a thing as civilization.

Which is why we’re quite particular about how the outside world does, indeed, see Maine when they try to take a peek. It’s important we show off our better qualities.

Maybe that helps you understand why one of our Congressional Representatives is writing to Larry Page, Google’s CEO, to tell him that his maps have misplaced one of our towns:

I was shocked to learn that when Google Map users search for the lovely Maine town of York, the results often show a location 26 miles to the north. And worse yet, it is a problem that was first reported two years ago, and has cropped back up now, just as tourists are beginning to plan their summer visits to Maine.

I know, I know. “Doesn’t your congresswoman have something better to do than whine about one of your towns being in the wrong place?” Fair enough. I’m sure she’s also doing some other important things. But the fact that this has bubbled up emphasizes a trend I believe is of vital importance to the future of the 3D imaging marketplace:

Of course, all you surveyors out there are slapping your foreheads and saying, “well, duh! Accuracy is kind of important!,” but bear with me. Twenty years ago, if I was planning a trip to Maine, I’d pull out a road map, maybe supplied by AAA, and I’d see a big swath of the state of Maine, with the word “York” next to a dot, and I’d see it’s pretty dang close to the ocean. “Ah, well,” I’d say to myself, “there’s got to be a place on the water there somewhere.” Then I’d have someone like a travel agent or AAA suggest a hotel and I’d book it and go. I’d play in the waves. Maybe get one of those round rafts to float on. Even better if it had a cup holder for my beer.

Nowadays what would I do? I’d use google maps to check the place out. And this is what I’d get: 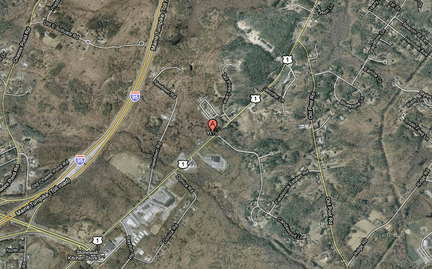 “Well, that sure looks like a hole in the ground,” I’d say to myself. “Next!” (This is assuming I’m kind of dim and don’t realize I can zoom out and look around and such. It’s an esoteric argument I’m making here.) 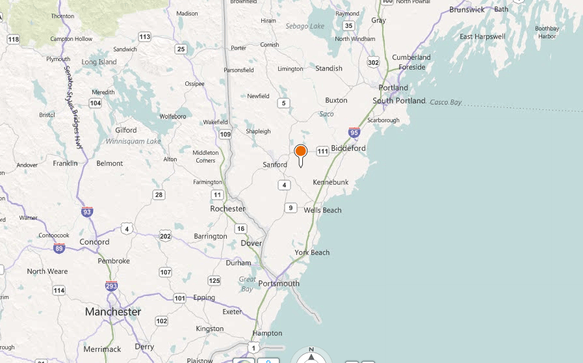 Huh, looks kind of inland, but maybe I’ll give it a go. I’ve heard good things. 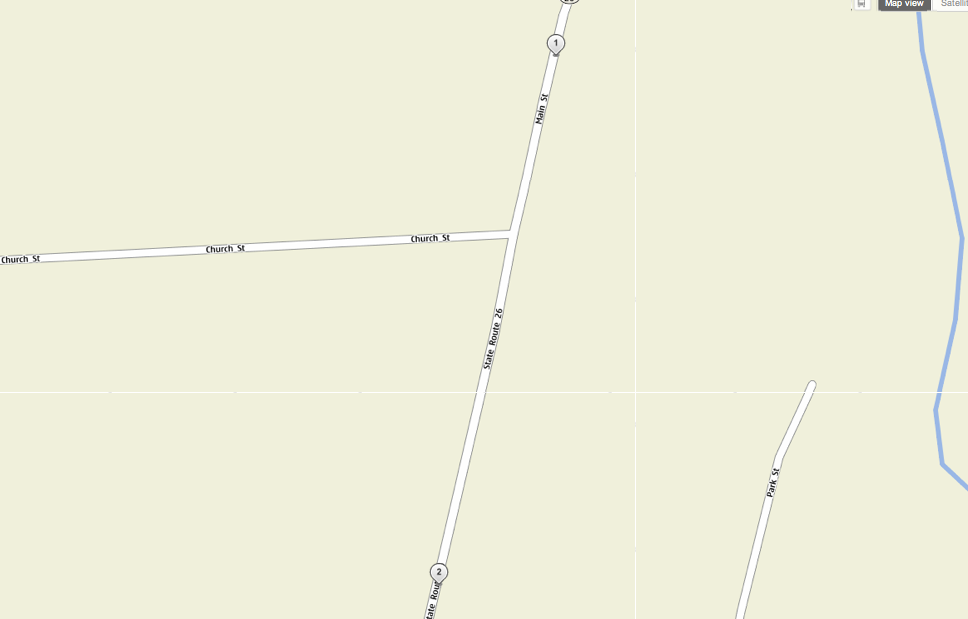 Yikes. Is a plane going to swoop out of the sky and chase me down like Cary Grant?

Or if I was really savvy, ESRI’s ArcGIS: 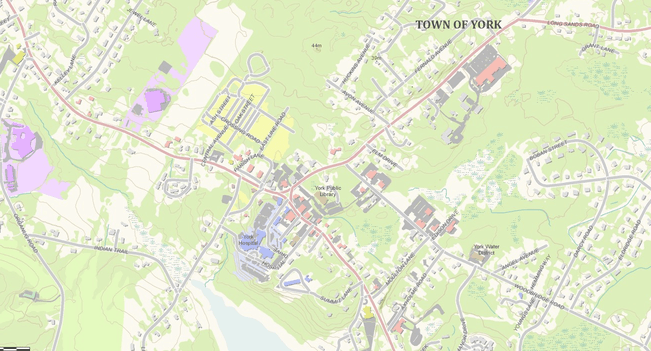 Hmm, that looks like a nice quaint little town. I bet gran would love it!

Man, that Ovi map is really not doing the lovely town of York any favors, am I right? Looks just like a bustling metropolis doesn’t it? How does that happen? How does a tourist town go about addressing that grievance?

Of course, the ESRI map does the town the most justice, but, then, that’s been created by someone who cares about the town, who’s taken the time to put together a base map that’s at 1:1000 scale, that has pretty colors and makes clear that this is a town on the water.

But do you think the average searcher is going to dial up ArcGIS right off the bat? Hardly.

Most importantly, just where York shows up in these searches if of vital importance all of a sudden to the town’s businesses. This isn’t a joke to them. The argument that Congresswoman Pingree makes is a very real one:

This problem has a real economic impact for businesses in the area. I understand that online booking for some inns in York have fallen significantly because of this situation, at a time when businesses are just gearing up for the tourist season.

Trust me, one bad summer can put folks out of business around here. Heck, one bad weekend, if it’s Memorial Day or Labor Day. With margins that thin, even if one in 100 potential visitors go somewhere else because of a bad Google result, that’s a major problem.

That’s a major opportunity and a very real revenue driver for the 3D imaging industry.

Carrying an appreciation of 3D into (and beyond) the COVID era

Are privacy concerns a threat to mobile mapping growth?

Carrying an appreciation of 3D into (and beyond) the COVID era

Are privacy concerns a threat to mobile mapping growth?

Reactions to the SPAR 12 keynotes

Using lidar in the flood fight