Swedish software firm Adtollo announced this week the release of TC5D, a browser-based 3D viewer geared toward the surveying and mapping marketplace. It handles basically all 3D data, though, and that means point clouds, and that means I wanted to take it for a test drive.

Of course, that’s the best thing about “browser-based”: The barrier to checking it out is mighty low. So Tomas Sandström supplied me with a user name and password and some sample data and I took a swing through it. I’ve got to say, from a user interface point-of-view, it’s a very nice piece of software.

The data available to check out gave me a sample of everything you might do with it – there was raster data, point clouds, vector data, a model of a building to be constructed, etc. But the point cloud was from aerial lidar and so not perfectly suited for really putting a point cloud viewer through its paces. Still, you could get the idea. First, here’s what it looked like: 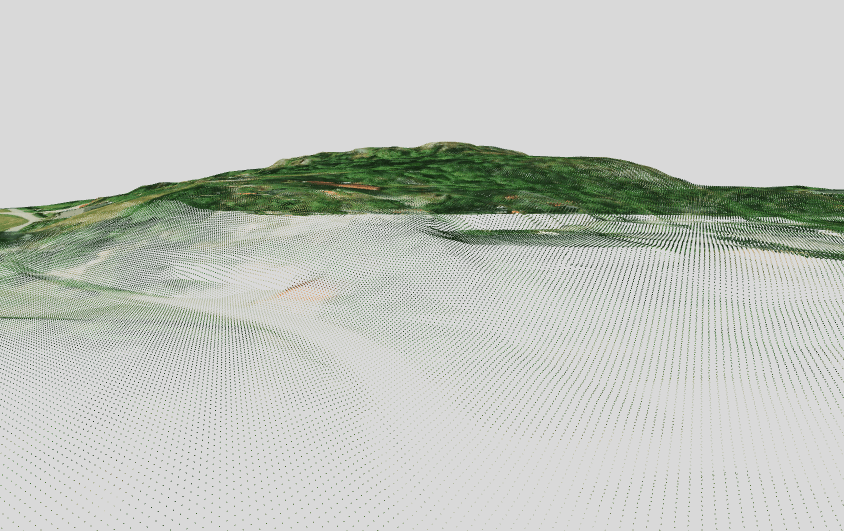 As you can see, the actual view of the point cloud is great, and the tools for manipulation are pretty standard, but still elegant. There’s a pan tool for adjusting your view, a rotate tool for doing what you’d expect, and a zoom tool that works just with dragging back and forth. I like that you don’t need to use a scroll wheel or a bar that you adjust. Also, I like that you can toggle between an orthographic view and a view with perspective (I tended to like perspective, but that’s probably more the artist in me than anything particularly functional) and that you’ve got easy ways to quickly toggle to the top, bottom, right, etc.

Here’s a shot of the toolbar:

The stuff on the right, relating objects to the other and whatnot, are part of the “5D” Adtollo is advertising, but I didn’t get that far into it, mostly due to time and the fact that I didn’t totally know what I was doing. Like I said, though, this is pretty simple data – you couldn’t even see the individual buildings or anything – just topo information.

So, I checked out the construction model. This one had various layers that you could turn off and on, which is a nice feature, and it didn’t really matter to me that they were labelled in Swedish. Check it out: 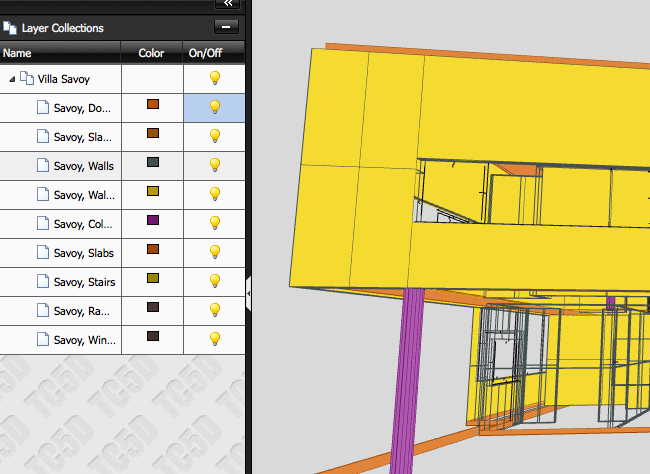 It was a little weird to figure out how to turn the layers on and off (it took me maybe 30 seconds to figure you had to DOUBLE-click on the light bulbs), but it was otherwise really intuitive. I also checked out some road data and various other data sets, but they all performed basically the same. Probably the best bit is just that you can import almost any kind of 3D data and visualize it all in the same GUI. Very easy to load new data and clear the data you’re working with, too, except that you can’t cancel data loads half way through, which means you have to close out the window and start all over if you don’t feel like waiting for data you didn’t want to load to load.

There’s plenty more functionality here, too. You can see here on the System tab all of the export options you can use right from the 3D viewer:

As opposed to other point cloud viewers that I’ve tested that are just point cloud viewers, this is obviously a more robust piece of software. It coordinates with Adtollo’s Topocad software, which has all the CAD functionality, while this is really just for publishing and distribution of data, but it still retains a little functionality for working with the data, taking measurements and the like.

The only thing missing is something that might be able to create an embed code so that visualizations could be embedded in web sites for public distribution.

There are also two fairly interesting options for purchasing the software. You can either just rent space on Adtollo’s servers, using this purely in the browser and uploading data you want to publish (a true cloud solution), or you can install it locally on your own servers and store all the data there. I’m guessing that’s more preferable for the government entities and corporations that don’t like putting their data out there for potential hacking outside of their firewall.

Regardless, another nice use of WebGL and browser-based point cloud viewing. This kind of software is going to really explode the utility of point clouds, if you ask me, as it will be much more common for various users to work with and play with the data as it’s so easily available.

Really, anyone with a decent browser can have a go – so you folks on IE, well, you’re out.

What is the New Google/Esri Relationship?

The coolest use of scanning for art ever