A successful first day in the books for the inaugural SPAR Europe, here at the RAI in Amsterdam. And this despite icing that caused traffic to run heavy and trains to run late. I even had to take over moderating duties for a panel because the scheduled moderator was stuck in his car.

But it was easy and interesting duty, as I sat in on Ran Mandli’s presentation about his mobile scanning work (including a particularly nice bit of animation showing the power of scanning a portion of a city for use in entertainment and gaming); Johnny Rasmussen’s discussion of pairing Aerial LiDAR with mobile scanning (seems to make sense – how else to get the roofs?); and Paolo Riva’s (Professor, Faculty of Engineering, University of Bergamo) very practical piece on applications of laser scanning that are relatively inexpensive to perform, and deliver enough obvious benefit in reduced time/labor/money to make them likely for mass consumption.

FARO funded the project, he said, because FARO wants to more mainstream laser scanners and open up the potential buying audience. Makes sense to me.

Here’s Ray in a bad iPhone picture that I know he’ll appreciate because he’s a Mac guy (also, he was wearing shorts, despite it being very cold outside, but you can’t really see it in this picture): 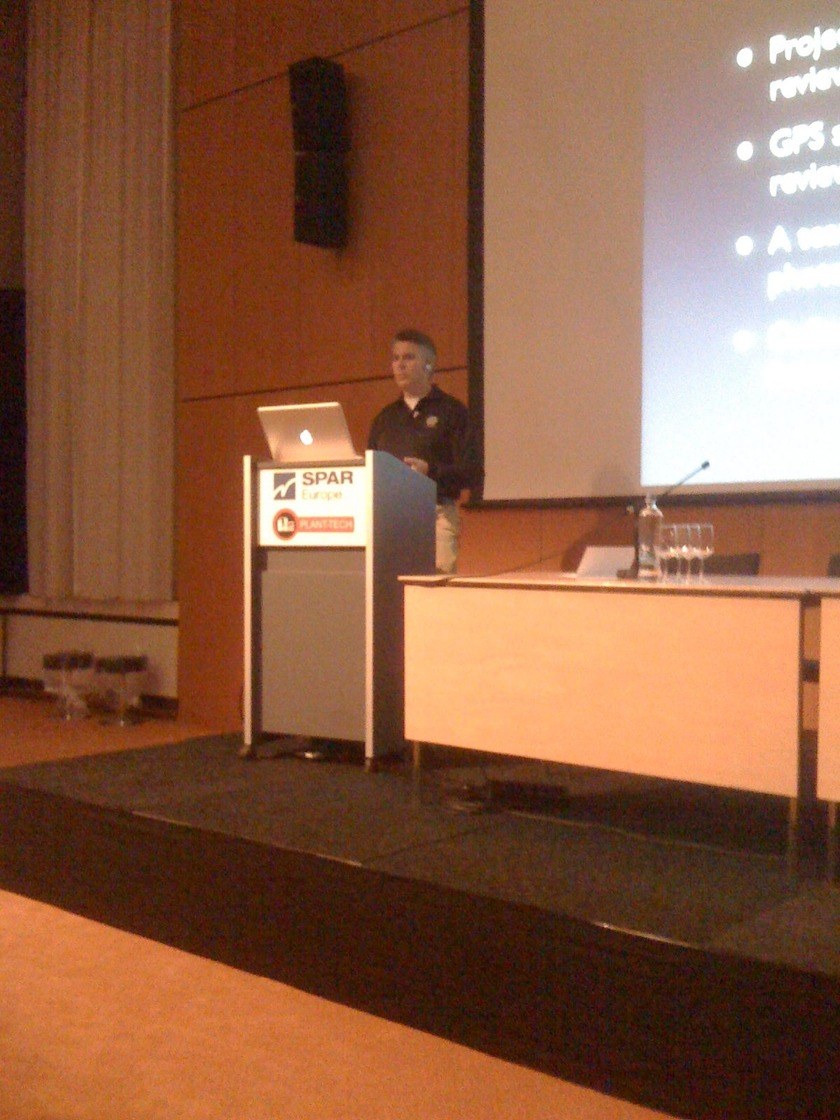 My only cause of anxiety all day, actually, was in the opening keynote, when Mustapha Yahia (engineering manager at Sofresid) inadvertently grabbed all of my notes off the lectern when he finished his opening presentation. I will admit to not having every speaker’s bio exactly committed to memory. Linda McLaughlin had my back, though.

It seemed as though the theme of the day was automated modeling – the holy grail of magically converting pointcloud data into 3D AutoCAD or Revit models with only the push of a button.

(I’m new, so despite the fact that I know this has been the topic at every conference since SPAR 2003, I’m going to comment on this anyway.)

If only it were so easy. A number of companies are working on the problem, with varying degrees of success. A presentation from Real to Desk on scanning the Brussels Fine Arts Center raised the topic particularly pointedly. They scanned the 1500-square-meter facility (I actually asked him first how many “square feet,” forgetting where I was, and I think Steve Couwels thought I was trying to stump him) in eight days. They registered the point cloud in eight days. They modeled the facility in 300 days.

And the total budget was roughly 60,000 Euro. “Yes, we slightly underestimated,” Couwels said with a chuckle.

This is the model they produced, which you could walk around in through TrueView for days: 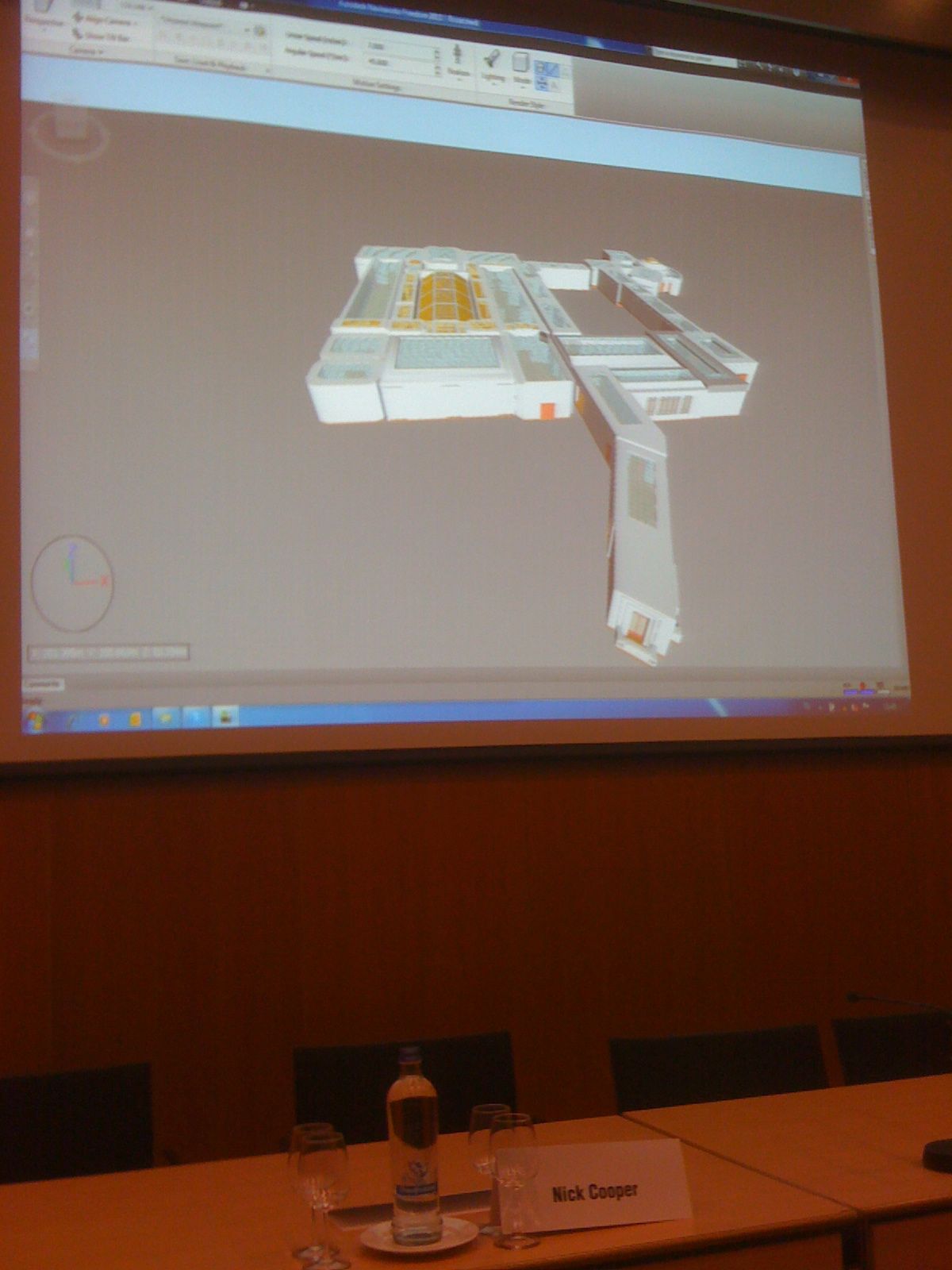 And Kevin Williams, at CleardEdge3D, was pretty excited to talk about their new pipe-modeling automation software, which can automatically model about 80 percent of basic piping, and leaves you with pretty easy work to clean up the rest (along with some lamps turned into pipes by mistake): 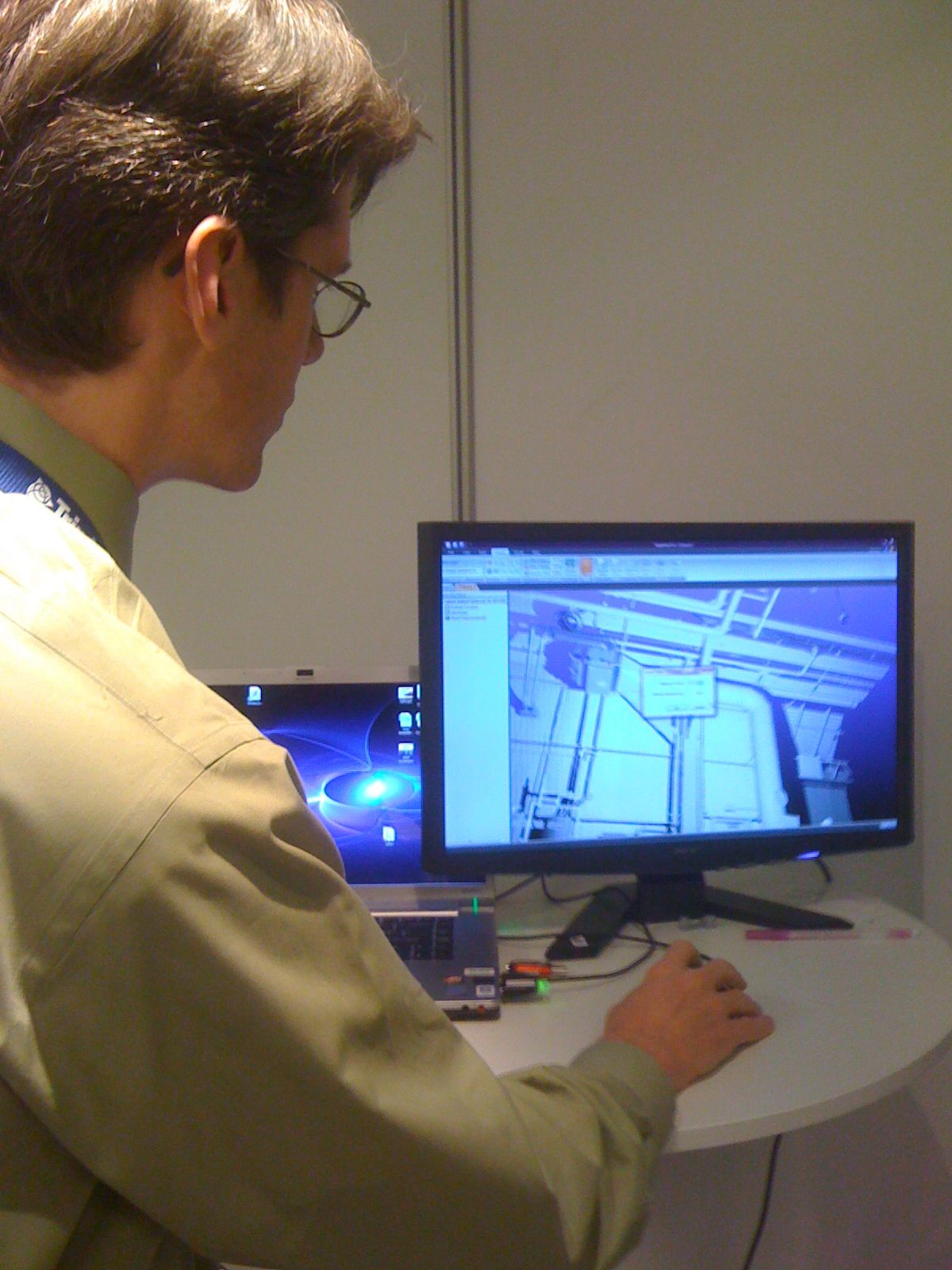 It’s essentially the same equation presented by keynoter Arnot Ruifrock, when he talked about 3D facial modeling for biometric recognition: How many false positives are worth how many misses?

Such was the talk during the day’s ending reception, where people drank Heineken (we’re in Amsterdam, after all) and discussed topics such as how hot/cold they had encountered while scanning (-20C in Siberia? How about 60C in Saudi Arabia? 4k down in a mine at 65C?) and how laser scanning can participate in the goal of creating better situational awareness for first responders and security directors. 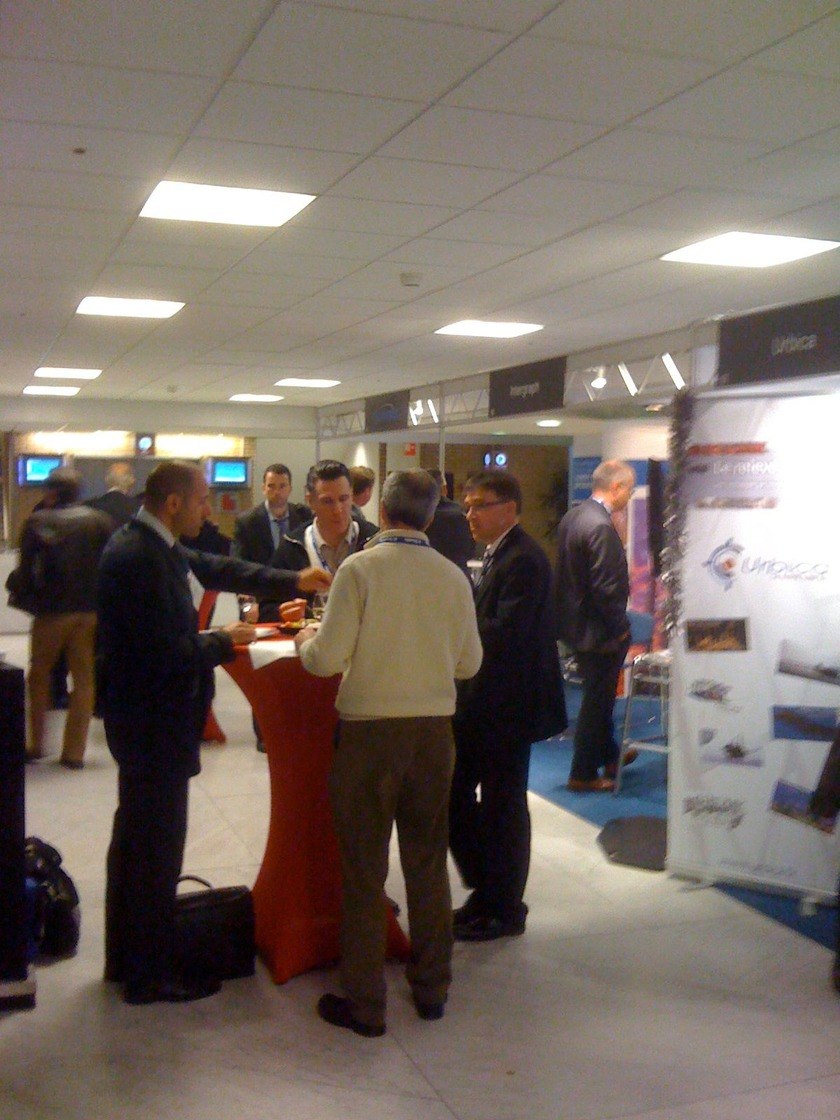