So, why did you miss SPAR this year? As the event approached, even I was worried about having the free time to attend. I was very lucky to catch a break and make it there this year, but I think our lack of free time rings a positive note about the proliferation and acceptance of scanning as an industry in newer markets. For those of you who missed out, I hope to deliver a brief on the unexpected takeaway from this year’s SPAR conference—large companies showing force with scale versus small companies breaking barriers with ingenuity.

The Big Boys or (one stop shops?)

If I were asked to describe one new theme at SPAR this year, my initial report would sound something like “large corporate and government agency adoption and adaptation.” This was illustrated by SPAR’s 2016 keynote speakers JP Suarez from Walmart and Paul Davies of Boeing. Adding to that, both Ford and General Motors had some of their top men presenting. I was astonished by the ambition and magnitude of what is taking place in the transportation industry.

For instance, Ron Singh presented on the plan to scan all of Oregon’s roadways, while Richard Arrowsmith talked about managing all of England’s highways! It seems like just a few years ago most large entities were only dabbling in what scanning could offer. Now, they have not only holistically embraced scanning, they are here with detailed master plans on a massive scale! However, with all the big boys in town flexing their muscles, the small guys are still finding ways to shine.

The little guys or (mom and pops?) 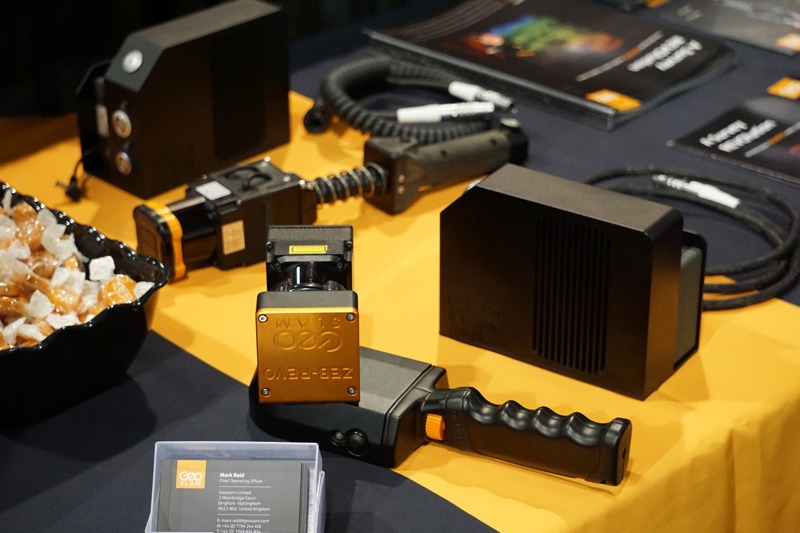 As a testament to what small, highly creative and nimble companies can do with limited resources, GeoSLAM has risen to the top of the inevitable pile of “SLAMers,” meaning those that have developed hardware and software utilizing positioning techniques rooted in the SLAM algorithm. They are certainly not the only game in town, but their simple and reliable approach has earned them a spotlight, outshining even the big manufacturers’ SLAM solutions. I must admit that when reviewing previous attempts at incorporating SLAM for scanning I have always been a little leery of using what appeared to be mostly a dead-reckoning approach to positioning, but they have made a believer out of me. Even though GeoSLAM had previously hit a sweet spot for utilizing SLAM with the ZEB1 and REVO, it didn’t stop them from raising the bar in their recent partnership with Surphaser and producing the new SurphSLAM. This makes you wonder what else is possible utilizing GeoSLAM’s variant of the algorithm. Could the FAROSLAM be next? Here’s hoping!

Another small group that has been soaking up the attention recently is Thinkbox with their ultimate solution for meshing scan data called Sequoia. While Sequoia has been in development for quite some time it has only recently been released, and its popularity is growing rapidly as users find ways to finally create and utilize large meshes in an efficient manner. In my brief interaction with their team at the Thinkbox booth, it became abundantly clear that they have no intentions of slacking off with the development of this tool as a result of the release. Their eagerness to turn user feedback into reality has only grown. I expect many of our workflows to change as we learn to utilize Sequoia, and I think back to their humble beginnings. Who would have thought that an interesting little VFX tool for 3DS max could become one of the leading tools for creating viable meshes from terrestrial scan data?

If you needed only one justifiable reason to attend SPAR, then the “after-party” would be it. Lanmar Services, with the help of Repro Products, hosted what had to be the most legendary of all SPAR parties to date! Although they have been perfecting it for years, the SPAR after-party has recently become the time and place for everyone to come together to celebrate all that we have accomplished and to welcome new members into the fold. This simple little get-together is also a breeding ground for networking and collaboration. Like any good party, there is music and dancing. There are games, and yes, there are prizes! While I will not give away all the event spoilers, I will say that the first place winner walked away with a license of Edgewise and second place, a copy of Recap Pro…impressive rewards for just attending and having a little fun!