City information modeling, or simply city modeling, is a promising use case for VR where users can wear VR glasses and experience the changes they make to the built environment in real-time.

Software company Racurs is interested to see if photogrammetry is capable of becoming the best technology for obtaining the 3D realistic information needed for this VR/AR application. The company has undertaken a joint project with startup VR Concept to create a VR model of Ekaterinburg, Russia that combines 3D models created from stereo-photogrammetric processing of satellite images with BIM models of future buildings in this large city. It was presented at Innoprom 2018, a large industrial trade fair.

Exploring the possibilities of virtual reality

While 3D city modeling is not new, VR technology makes it possible to combine different types of geographical data and provide a virtual experience so that different stakeholders can evaluate and change environmental plans. In particular, combining realistic 3D models with BIM models of future buildings creates added value. As  Andrey Pirogov, head of marketing at Racurs, says, “describing a city model is not enough. Geology, construction, transport networks, demography, and ecology require other principles of modeling and visual presentation. Racurs is interested to exploring the possibilities of VR to combine different sorts of geospatial data, creating a bigger picture.” 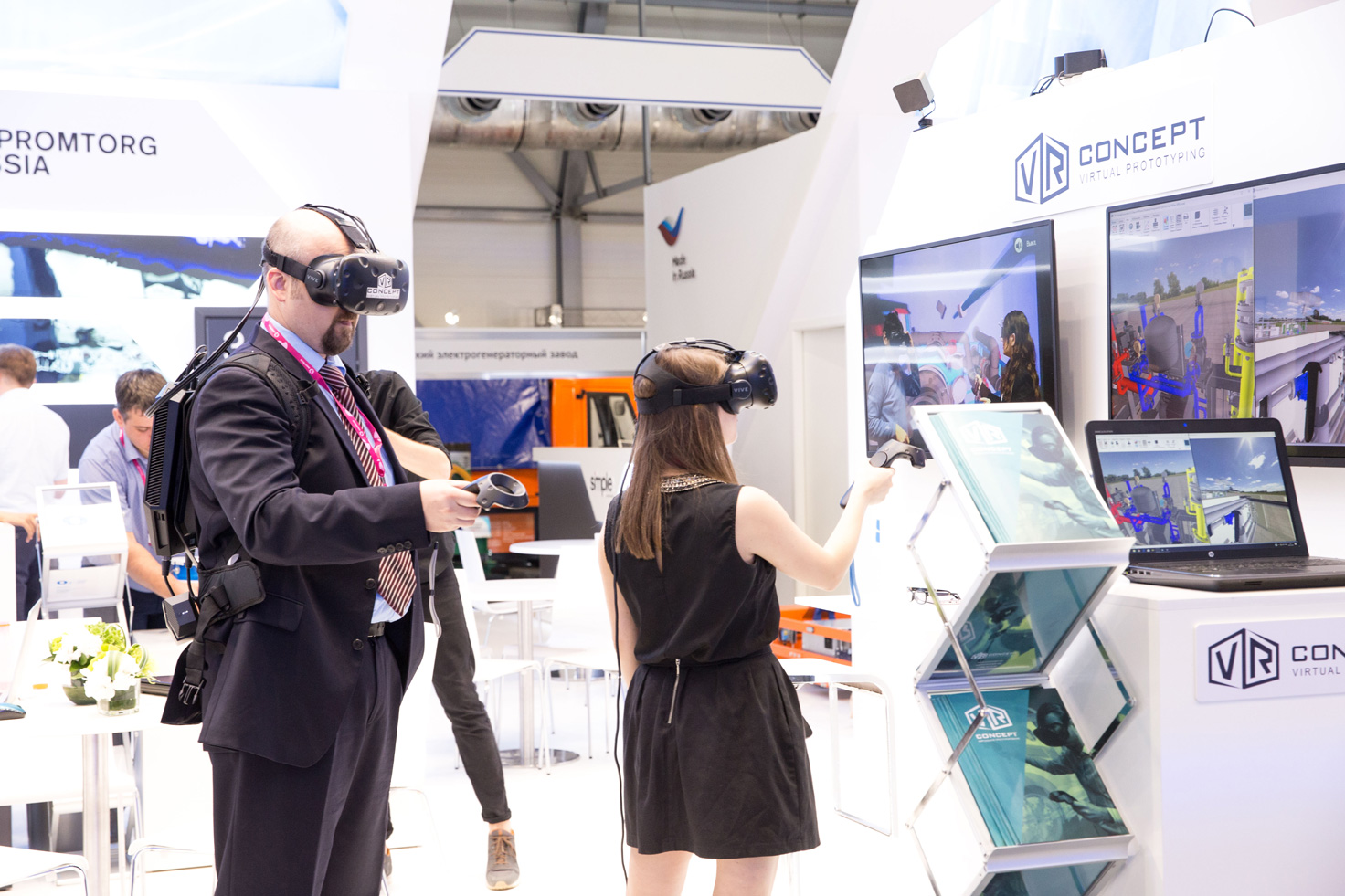 He continues: “photogrammetry is changing everywhere as a result of VR and AR, and so are we. As a photogrammetry company, we are experienced in creating accurate and realistic 3D models in different formats, that is, vector models and point clouds. For this project, we used a set of stereo satellite images from Pleiades that covered the project area. Creating a stereo model is hard work because it involves manual work, meaning our photogrammetrists had to vectorize all buildings, roofs and objects in the city.”

Even though the project covered a relatively small urban area, processing all data was far from easy. “Our production department created 20-30 [building]models, modeled after existing buildings in the area. After vectorizing them all, they had to be texturized because we needed really good textures. We ended up with a lot of data, and visualizing 5-10 gigabytes of information is not easy. Finally, all data was exported and displayed in the VR glasses of VR Concept and a desktop software application, together with a set of future buildings in BIM format.”

Pirogov says the difficulty is to combine different data from various stakeholders into one model. “BIM combines CAD models, infrastructure data, as well as changes during its lifecycle when data is obtained from building operators, network engineers, developers, and design architects in different file formats at different scales. The challenge is to combine all data in one model at a single scale. In the future, we´ll probably have one BIM data format that will describe all the required info we now get in different formats.”

But there are other reasons that combining data proved challenging. “We experienced some problems when combining aerial imagery with information obtained by geodesists. In the VR model, we noticed buildings were not always in the right position because of differences in accuracy among the datasets.”

At this particular moment, there are not any measurement or data-operation tools available for the VR application–only visualization.

In the coming months, Racurs will be brainstorming about how to combine GIS, CIM, and photogrammetry tools further. An important component in doing so is the data infrastructure used: “at the moment, all data is stored locally. But to serve different stakeholders better, different deliverables suited to each and every stakeholder would be desirable. It´s difficult enough to serve them all with the right information, as producing these models is very costly. At one point, data should be stored and processed in the cloud to scale up. In the coming months, we hope to make some progress with these developments. Everyone’s invited to think along and share any ideas with us.”