Though these ads are designed to sell you booze, they could just as well be selling you on the visual power of point clouds.

Over the long 4th of July weekend, Scanable contacted me to let me know about a great campaign they worked on for Hennessy. (You may remember Scanable as the firm that provided laser-scanning services for half of everything you’ve seen on TV or in a movie theater for the past few years.)

The Hennessy campaign, called “Harmony. Mastered from chaos.” features a 60-second ad spot and an interactive website. Using a combination of point-cloud based visuals and video, they dramatize the process of making Cognac, which Hennessy says requires a mastery of a “multitude of complex variables.”

Click through to the interactive experience, and it will walk you through the process step by step, with some great laser scans to look at along the way. Here’s what step 1 looks like: 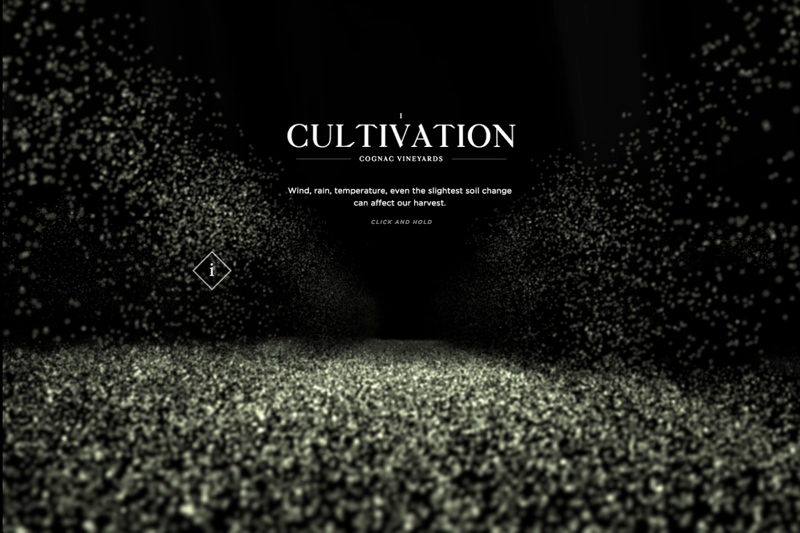 How They Did It (Shop Talk)

Scanable head honcho Travis Reinke told me that his company “provided 3D scanning and modeling of each location in Cognac, France” for the campaign.

The scanning company also provided “3D structured light scans of the bottles, glasses, barrels, props, etc using an Artec Eva and Artec Spider, along with 4D scans of the live-action shots using a Microsoft Kinect for Windows v2 mounted on the camera rig. DepthKit software was used to process the Kinect scans match them up with the video.”

If you’re wondering how Reinke & Co managed to incorporate huge scan data files into an interactive website that can load over LTE on your smartphone, the answer is decimation.

They cut the point clouds down significantly. “Any more data,” Reinke tells me, “would affect the user’s experience due to long load times. We weren’t looking to create photo-real environments for the ad campaign, so that data was also decimated to achieve the visuals that the director wanted.”

At the risk of editorializing (I am the editor, after all), it seems like there are a few lessons here. First, 3D data is very powerful as a communication tool, even communicating abstract ideas like the feel of a landscape. Second, you don’t have to show your customers a giant point cloud to get the idea across—sometimes a lot less accomplishes a lot more.

Reinke tells me that a “making of” video is forthcoming. I’ll post that as soon as it’s available.

One for the History Books: Capturing the Helen Lake Stromatolites