After a very busy first quarter, I finally had time to make some much-needed new marketing materials. This had me spending too much of the last month looking for the latest on rendering point clouds for images and animations. I found a lot of articles and postings circa 2012-2014, but not much in the last twelve months. It made curious about a few things: Am I the only one still making animations of point clouds? Am I the only one that doesn’t have this figured out already?! Are we using meshes for visualization instead, due to the sudden ubiquity of UAVs?

Spending 50 hours on rendering over the last 30 days, I’ve had a bit too much time to consider things. I offer the following so that others may not have to spend their time repeating my mistakes—in hopes that they may pay it back by offering some other insights in the comments! 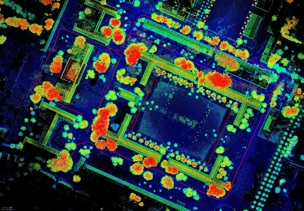