The Many Faces of Today´s Web GIS

Today´s GIS technology differs dramatically from “old school” GIS. But only recently did GIS truly become web GIS, with web APIs and programming languages enabling the use of geospatial technology that surpasses separate desktop applications. Here are some major differences between “old” and “new” GIS.

1. Today, GIS is more than cartography

The first-generation GIS products focused heavily on cartography. GIS was foremost an application for producing good-looking paper maps and doing spatial analysis with the underlying data. The next-generation GIS applications (such as ArcGIS Pro) are slightly different in that they offer a project-based approach, meaning that a map is just one part of the puzzle. A map is no longer the final destination, but can be the starting point for further analysis in a larger trajectory. GIS itself be a tool among a set of different tools to solve real life problems.

GIS used to be a one-man show. It was used on a separate machine with a separate GIS license, and operated by a skilled cartographer or GIS analyst. Today´s GIS workforce needs to collaborate with other GIS users while working simultaneously on mapping projects. Furthermore GIS is more and more a standard requirement in web development jobs in industries that have no previous engagement with GIS technology. This shows that GIS technology is becoming less of a niche industry. 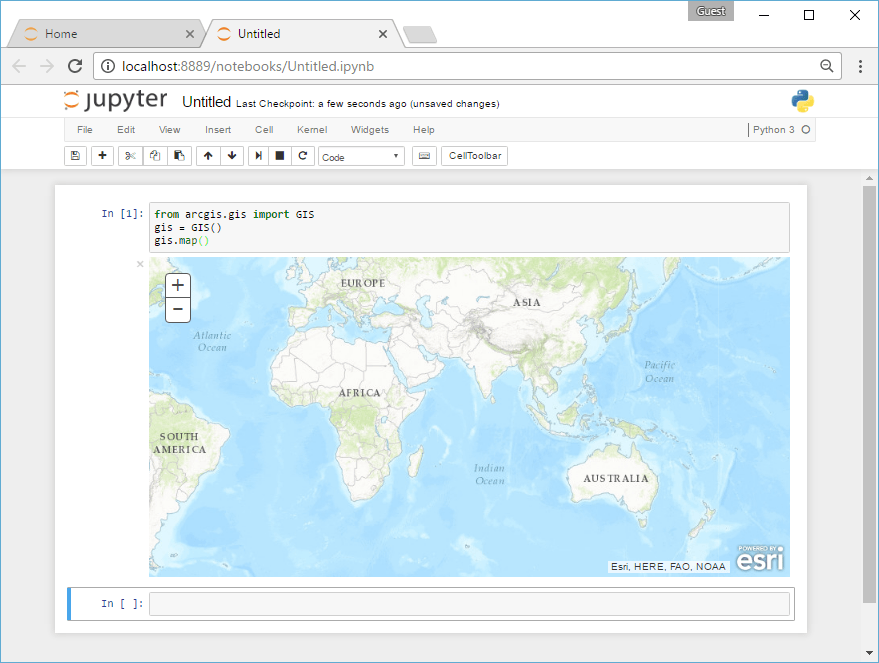 3. Today´s GIS is all about communities

The use of social media, community efforts such as GitHub, Geonet or StackExchange.com show how GIS users are connected and use their knowledge to help the community forward as a whole.

Meanwhile, a new product such as ArcGIS Hub helps different end users in launching new community-based mapping initiatives. And let´s not forget the many regional, national and international geospatial events that bring together different GIS users and share their work. With more and more geospatial technology available, it´s impossible to learn every single tool that´s on the market—It´s best to specialize and focus on a set of topics or applications and participate in a community that represents it.

4. Coding and GIS are now inseparable

Although programming languages extend current geospatial technology, they are not meant as a replacement for it. A few years ago, the Python language was introduced for the ArcGIS Desktop application to offer scripting and application development capabilities. Although widely adopted, the ArcPy site package feels like a small work compared to the new Python API for ArcGIS, which greatly exceeds ArcPy in terms of functionality. Combined with open source tools such as the SciPy stack, Jupyter Notebooks, and the Anaconda package manager, today´s GIS users have a great set of tools at their disposal to greatly enhance their current workflows.

A second interesting consequence of this adoption of programming languages by GIS vendors is that web developers can adopt GIS technology in a way they understand: through web APIs and programming languages. In addition to web developers adopting GIS, the GIS community has adopted JavaScript, Python, and R. This creates interesting opportunities for both communities.

5. Desktop GIS has become a part of Web GIS

In 2005, Google Maps offered accessible, easy to manage, and free geospatial technology over the web. At that time, the GIS industry was still figuring out how to incorporate web technology. Over time, Google focused more on the consumer market than the professional geospatial market, but in the meantime the GIS industry learned some valuable lessons. Technologies used by Google, including mobile, cloud computing, big data analytics, data science, and business intelligence have all left their marks on the evolution of geospatial technology, resulting in a cloud infrastructure that is now inextricably linked to all local GIS use. It is possible to access cloud GIS components through a web browser and do geospatial analysis using the Python programming language.

This is still GIS, although you´re not using a standalone application as in the old days. It shows how GIS technology is becoming ubiquitous.