It was three years ago when I first wrote about Magic Leap’s AR devices. They’ve built up quite a bit of hype (some say too much hype) for their promise to deliver a headset that uses light field technology to project digital objects so that they looks like real, physical objects occupying actual space in your world. I said it might be the future of 3D. Since then, the company has been tight-lipped about how it’s using the $1.6 billion in capital it raised, but that’s about to change: Magic Leap is out of stealth and ready for prime time, with release of its Lightware AR headset coming in 2018.

The details are thin, as you might expect. Magic Leap won’t say how much it costs or when in 2018 it will ship. Don’t expect it to be cheap, though, as Magic Leap CEO Rony Abovitz has called it an “artisanal” computer for early adopters. But we do know a lot more than we did yesterday, mostly thanks to Magic Leap’s somewhat puzzling decision to bring Rolling Stone in for a demo earlier this month. Here are the details culled from the long, long story (which is worth reading, if you have the time).

The first release will be a developer’s kit called Magic Leap One, and it will be open to any interested parties who want to develop applications for the AR device. (That includes you, 3D industry types).

After that, Magic Leap will release a consumer device, which consists of a headset named “Lightwear” (which looks like a pair of steampunk goggles), an attached pocket-sized computer called the “Lightpack,” and a small controller named, appropriately enough, “Control.” You can also control the device with hand gestures, and it responds to the movement of your head and eyes, and even your voice. It includes a 3D spatial audio component.

CEO Rony Abovitz explained to Rolling Stone that the device also includes some kind of real-time spatial tracking system, which “does computer vision processing and has machine learning capability so it can constantly be aware of the world outside you.” Lastly, any objects you place in a space have permanence in that space: throw a 3D model on a table top in the kitchen, go to bed, and when you come back the model will be right where you left it. 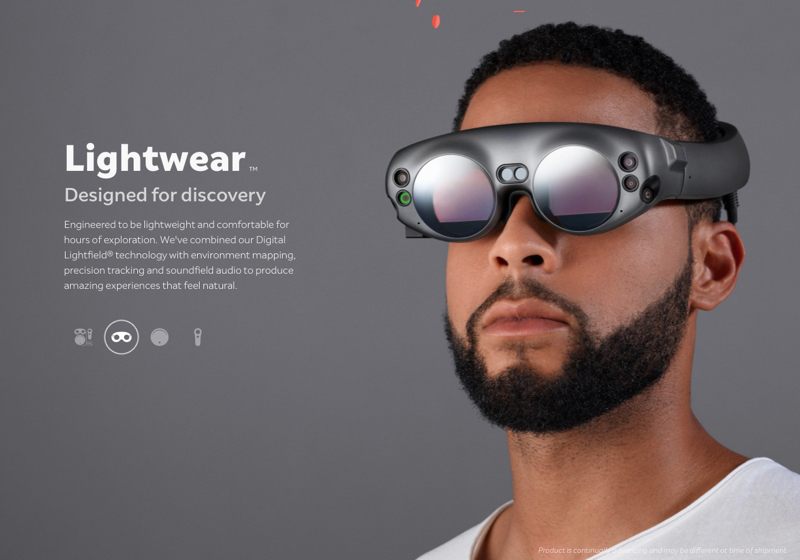 Does it live up to the hype?

This is the big question. MIT Technology Review tested the device way back in 2014, and reported that it worked, though, disappointingly, only when fed by “large machines.” Recently, music website Pitchfork (?) and Rolling Stone (!?) tried out the device in its fun-sized, headset incarnation, and have verified that it works. In other words, reports seems to agree that the company has successfully shrunken its technology down and delivered on its promise.

“While it didn’t look indistinguishable from reality, it was close,” Rolling Stone’s Brian Crecente wrote of a virtual theme park demo he tried. “To see the physical world around me, and then those creations appearing no on it, as if some sort of animated sticker, but in it, was startling.”

It’s not all roses, though, as the field of view still needs some work. It’s said to be about the size of a VHS tape held at half an arm’s length, which is less than ideal. However, Magic Leap promises they already have prototypes that are doing better, and will continue to improve the FOV in the future. For now, we’ll just have to wait and see whether it was worth the wait. 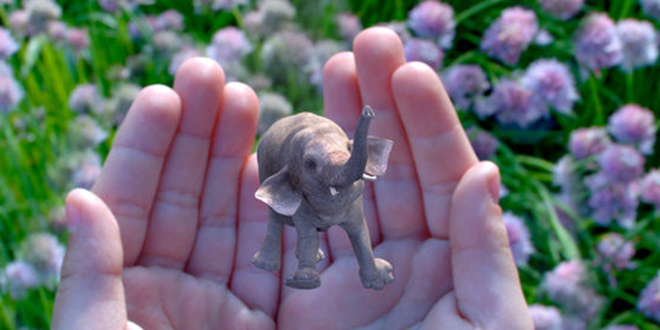 You can expect a lot more than this in the future. Magic Leap

Rolling Stone’s reporter tried a number of demos which might help give a better sense for how the device could be used in the commercial world. (Beyond viewing 3D models, that is.)

One demo program had the reporter launching three screens and place them in space like a multi-monitor setup. To my mind, add a few more screens, and it sounds a lot like a portable, AR BIM igloo.

Another demo program had the reporter interacting with a virtual assistant. The Magic Leap hardware tracked the movement of his head and eyes, enabling the virtual assistant to make eye contact and follow his movements throughout the room. Here’s what I imagine doing with that: Give two people in separate locations an eye-tracking AR headset like a Magic Leap, augment it with some volumetric capture, and you’ve got a particularly sophisticated type of telepresence. In other words, you could have a projection of your colleague look like she’s in the room with you, and possibly even make “eye contact.”

Those are the most salient points for our purpose—but the Rolling Stone reporter did an excellent job explaining the technology in more depth, and explaining exactly how it works. For more technical detail, dig in there, and you’ll see why the technology has people so excited. It still remains to be seen exactly what the technology can do, but we’ll have a much better idea once developers get their hands on it. We’ll see if it actually changes the way we interact with 3D data.

Magic Leap headset to cost as much as a premium phone