Is Leica's BLK360 a Tool for Everyone?

While 2016 has given us a number of incredibly well-designed systems that will greatly help the surveying community, how many of them made us gasp when we first saw them?

Like probably many thousands around the world, I followed Leica’s teaser campaign and tuned in on Tuesday night to the company’s live webcast from Autodesk University. When they brought out the BLK360, I gasped—and the last time that I did this at a product launch was when I attended Intergeo 2010 and witnessed the launch of the FARO Focus. Released in 2010, that system that was both half the size and half the cost of the system that it replaced. It stunned the market, and if we are honest, the competition too.

Tuesday night we saw the launch of the BLK360. Social media was full of exclamations of ‘wow’, ‘disruptive’, ‘ground breaking’, ‘game changer.’

In short, the BLK360 does not look like any other 3D imaging system. In a sleek case less than the height of a beer bottle, it is smaller than any other system that is designed to laser scan and collect spherical imagery in both visible and near infrared bands. Leica miniaturized the technologies by a factor that is arguably the greatest seen in our industry to date. The company has simplified the data capture process to the point that the system only has one button, and is said to automatically align the data that it collects. 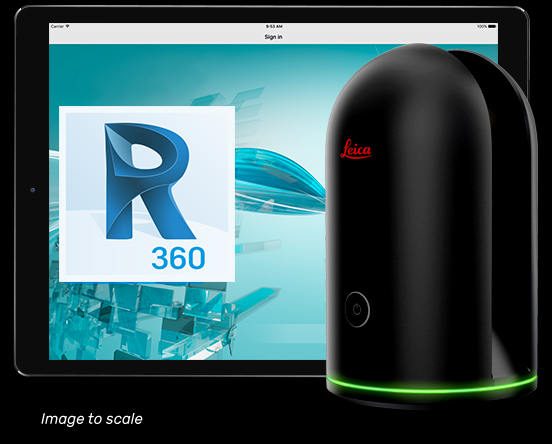 Benefits: all about the workflow

So yes, this is a technological gizmo that has the specs to make laser-scanning tech-heads drool. For me, though, the smartest part of the package is the collaboration with Autodesk. As a result of this partnership, Leica’s scanner uses one of the world’s most widely used design platforms to control the whole 3D imaging to production process.

By having the whole data capture process controlled by Autodesk ReCap, we can assume that the data we collect will maintain its integrity all the way through to its deliverable. There will be little need for translation, so there is a lower risk of data loss.

Conceivably, it also means that end users may not have to bring in scanning specialists to collect data and deliver a point cloud to them. Now, it is far more likely that the end user (such as the architect) can, by themselves, collect the data that they will also be using in their project.

In the time-critical worlds of construction and facilities management, the speed of ubiquitous image capture is key. There are always crews that need access to the same part of a site that is to be imaged, and delays cost money if decisions are to be made. If the information that the BLK360 collects is used appropriately, its workflow would fit well into that world. 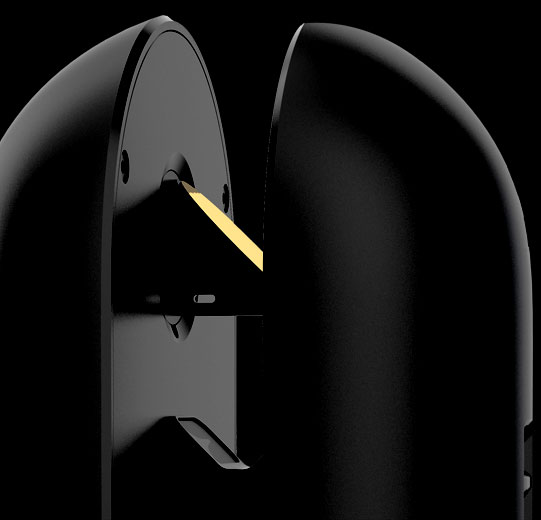 A tool for everyone?

In my opinion, not everyone.

To consider scanner specifications alone, we still do not know about accuracy and range. While I was not personally at AU, I haven’t seen too much data yet, or seen how it looks within the ReCap workflow. We will need to find these things out.

Additionally, many use cases will still demand the more traditional laser scanner. There is still a place for specialist 360-imaging devices as well, in the context of providing immersive and complete coverage on a site.

In sales-speak, the BLK360 is a solution focused heavily upon the AEC (Architecture, Engineering and Construction) world—What about other sectors?

Autodesk will do very well from this move in terms of bringing new users into their customer base.

Looks like Autodesk just positioned themselves to have the most widely adopted point cloud processing software in the market. #savvy #AU2016

Like with any end-to-end workflow, being able to do everything in the world of a single vendor, there are massive advantages for useability and productivity. But what would the project cost be for someone already working within Bentley or Tekla, for example?

We are currently seeing several moves in our industry to democratize the 3D imaging and data capture process. The BLK360 is a fantastic leap forward. We already know customers are ordering these systems in multiples. Once they start shipping from Spring 2017, I will be interested to see the extent to which the demographic of our end user will change; also, to see how many existing workflow silos might now be broken.